There was a time, about 13 years ago, when Andrew Fastow had achieved the pinnacle of success and fame that could be expected of a chief financial officer. At the tender age of 36, he had been appointed the CFO of Enron, the hundred-billion dollar energy company. Just two years later, CFO Magazine gave Fastow an award for capital structure management. 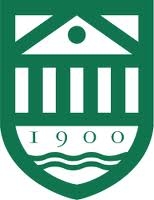 But as the world learned in 2001, the laws of physics don’t apply to fame. When Enron imploded, causing $40 billion in market value to disappear along with the pensions of thousands of people, Fastow fell much further than he had ever risen, becoming the most hated person in America. Even his eight-year old son knew the right term for him now. “Dad, you’re not famous,” he said, “you’re infamous.”

Fastow, who served more than five years in federal prison for securities fraud, recounted the arc of this journey with candor and conciliation to Tuck School of Business students on October 8, during an event moderated by Richard Shreve, adjunct professor of business ethics at Tuck. The talk was part of the “Choices and Challenges” series on business ethics organized by the Center for Business and Society.

Fastow’s story is a perfect case study for business school students on the blurry line between genius problem solving and fraud. The same much-lauded “off-balance-sheet” strategies that Fastow innovated to make Enron seem financially healthy were the ones that, upon closer review, landed him in jail. His main mistake, he said, was ignoring the principles behind the rules he creatively circumvented. “I used loopholes in the rules to get around the principles of the rules,” he explained. “But it’s not always easy to know when you’re doing that.”