Dartmouth Study: ‘Silent’ Misdiagnoses by Doctors Are Common, and Come at Great Cost

There are dramatic differences between the treatments patients want and what doctors think they want, according to a new study by three Dartmouth professors published yesterday on BMJ, the prestigious British medical journal. 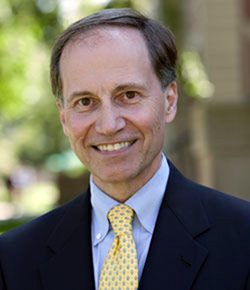 Albert G. Mulley Jr. ’70 is the director of The Dartmouth Center and a professor of medicine at the Geisel School of Medicine. (Photo by Joseph Mehling ’69)

The study, “Stop the Silent Misdiagnosis: Patients’ Preferences Matter,” outlines how to ensure that patient preferences are not misdiagnosed. These “silent” misdiagnoses result when doctors recommend the wrong treatments because they fail to correctly assess their patients’ preferences. The misdiagnoses are silent because they go largely unreported and even unrecognized.

For example, doctors believe that 71 percent of patients with breast cancer rate keeping their breasts as a top priority, but the actual figure reported by patients is just 7 percent.

The study, released November 8, 2012, by The Dartmouth Center for Health Care Delivery Science, shows that the problem of silent misdiagnosis is widespread in both the United States and Great Britain, as well as in other health services around the world.

“More than 100 years ago, student doctors were told to ‘listen to the patient, he is telling you the diagnosis,’ ” says physician Albert G. Mulley Jr. ’70, the center’s director and one of the study’s authors.

“Today, the rise in treatment options makes this even more critical, not only to reach a correct medical diagnosis but also to understand fully patients’ preferences, and to reduce the huge waste in time and money that comes from the delivery of services that patients often neither want nor need,” says Mulley, who is also a professor of medicine at Dartmouth’s Geisel School of Medicine and the first International Visiting Fellow to be appointed by The King’s Fund, a health policy organization in England.

Key elements in the BMJ analysis include: 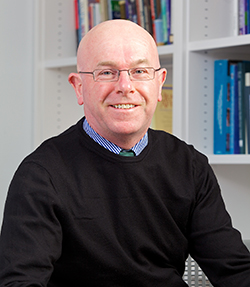 Study co-author, Glyn Elwyn, a primary medical care physician and Distinguished Research Chair at Cardiff University in Wales, and also a visiting professor at The Dartmouth Center, says that “putting an end to the silent misdiagnosis should be at the heart of efforts to make care more patient-centered.

“It is a win for patients who get the health care they truly want. And it is a win for doctors who can then be confident that they are delivering the right care, every time, to every patient,” says Elwyn. “Techniques such as shared decision-making help ensure that both doctor and patient make a sound assessment of the best scientific evidence and that doctors understand patients’ personal values and preferences.”

Elwyn is an international leader in the development and implementation of shared decision-making, and came to Dartmouth to strengthen an already strong research base in this area at Dartmouth.

Says Chris Trimble, adjunct professor of business administration at The Dartmouth Center and at Dartmouth’s Tuck School of Business, another co-author: “Business professionals take the challenge of diagnosing customer wants and needs very seriously. When an executive fails to grasp what his or her customers want, the consequences can be severe—bankruptcy, for example. In contrast, in the health sector, understanding patients’ preferences is barely on the agenda.” 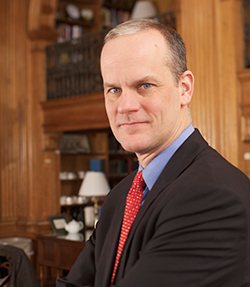 Studies have shown that many patients are poorly informed by their doctors about the potential risks and benefits of different treatments. They also suggest that patients who do have the opportunity to understand and evaluate their options frequently make different choices.

In one review of benign prostate disease, 40 percent fewer patients chose to have surgery when they learned that the relief it could bring to their urinary symptoms would likely be offset by sexual dysfunction. In another study, this one on back pain, patients with herniated discs who gained a better understanding of the evidence were more than 30 percent less likely to opt for surgical intervention.

Silent misdiagnoses not only cause needless long-term distress to patients, they also waste valuable health care resources, as expensive surgery and treatments are often unwarranted and unwanted. In England, it has been estimated that the National Health Service could save up to $50 billion (in U.S. dollars) every year if people were fully engaged in decision-making and actively took ownership of their health. The World Health Organization estimates that 20 percent to 40 percent of the money spent on health around the world is wasted on inappropriate tests and treatments.

The new study comes at a time when a recent analysis by Standard & Poor’s has warned a number of countries, including the U.S. and U.K., that they could see their credit ratings downgraded within the next decade if they fail to cut health care costs.