Speechwriters for Reagan and Clinton Meet With Dartmouth Students 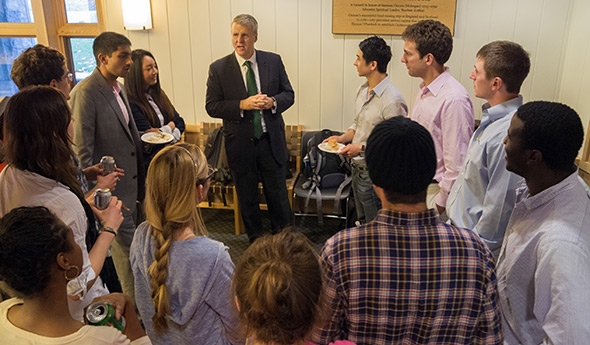 Dartmouth Trustee Peter Robinson ’79, who worked for President Reagan, and Donald Baer, who wrote for President Clinton, recalled experiences working with the presidents, gave advice about writing speeches, and talked informally with students over lunch.

“This has been wonderful,” said Josh Compton, senior lecturer in speech. “We’ve had a great discussion and we’ve learned a lot from their stories and advice.”

The event, hosted by the Institute for Writing and Rhetoric (IWR), had two parts, first a conversation between speechwriters and students, followed by a lunch reception with IWR faculty, members of its steering committee, and administrators.

Both Robinson and Baer said their presidents used speeches as a way to connect with the American people. Reagan enjoyed giving speeches and was actively involved in the speechwriting process, Robinson said,

“To Reagan, speeches were central to being president,” he said. Reagan viewed speeches as a way to relate to the American public and as a powerful political tool. Robinson helped craft Reagan’s iconic Berlin Wall speech, in which Reagan demanded, “Mr. Gorbachev, tear down this wall!”

In a similar fashion, Clinton used speeches to reach the wider public. Baer said Clinton’s strong suit was to empathize with Americans as a way to connect.

One of Baer’s responsibilities while working in The White House was to help craft Clinton’s eulogy for former President Nixon, a controversial figure who resigned the office of the presidency.

Lawrence Anfo Whyte ’13, a government major, said he was struck by how dedicated the speechwriters were to their bosses.

“There is an innate relationship these men had with their presidents,” said Anfo Whyte. “You hear a very strong passion for those men as individuals, which is how you are able to write speeches for them.”

Chelsea Myles ’15 said she found the talk engaging and educational.

“I thought it was very interesting,” said Myles. “I learned a lot of new ways to create and deliver a speech, and write one for others.”

Compton, who helped organize the event with speech lecturer Claudia Anguiano, said he hopes this was the first talk in what will become a series of presidential speechwriting events hosted by the IWR.

Each spring, the Institute for Writing and Rhetoric invites entries for two oratory contests. Seniors are eligible to compete for the Benjamin F. Barge award, while juniors and sophomores can compete for a Class of 1866 award, for which two winners will be named, one from each class.

Date
9/23/2020
Body
Terry Osborne, a senior lecturer in the Environmental Studies Program and the Institute for Writing and Rhetoric and beloved member of the...
Image
Thumbnail 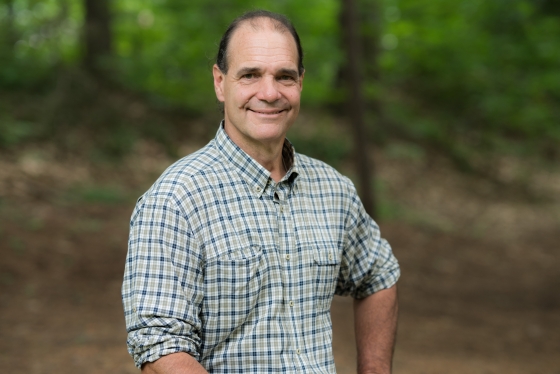 Date
1/19/2020
Body
Jennifer Sargent, a visiting associate professor of writing for the Institute for Writing and Rhetoric and the Women, Gender, and Sexuality...
Image
Thumbnail 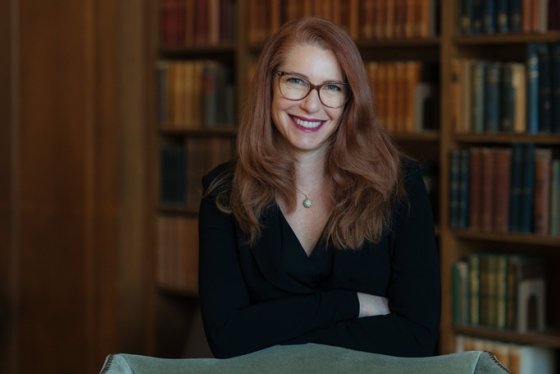