The Dartmouth Aires’ Clark Moore ’13 Chooses to Run With ‘Glee’

When the Dartmouth Aires burst onto the national stage in 2011, reaching the final of NBC’s a cappella singing competition, The Sing-Off, it was impossible to miss Clark Moore ’13. With his signature hairstyle, his beautiful tenor voice, and his acrobatic dance moves—including an impossibly high kick over his head during the Aires’ performance of “Jessie’s Girl”—Moore made an indelible impression. 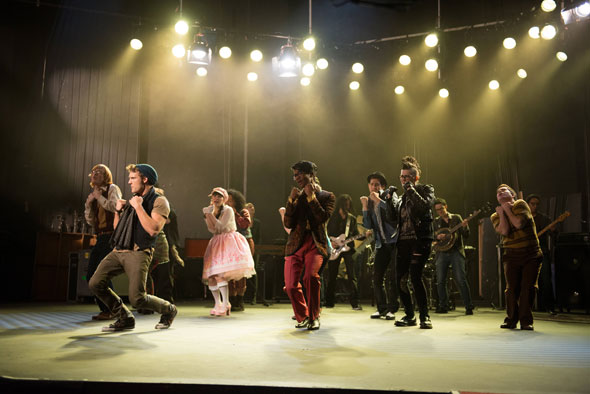 Clark Moore ’13, center, performs with “The Adam’s Apples” on the January 24 episode of “Glee.” (Photo courtesy of Fox)

Among those who took note of the talented Atlanta native was Robert J. Ulrich, the casting director for the hit Fox television show Glee. Last May, Ulrich invited Moore to his Los Angeles casting agency for a meeting. “I sang a couple of songs, but they said they didn’t have anything for me at the time,” says Moore. “But then during fall term finals, right after I had just turned in my last final, I was walking out of the library and checking my email, and they said they had a part for me.

“I was so thrilled because this is a dream come true. Glee is the No. 1 job that I wanted,” says Moore, who makes his debut on the popular program on January 24. “Whenever anyone asked me, if you could wave a magic wand and have anything you wanted, I always said Glee.”

Ulrich, who has been casting the multiple-Emmy-winning show since it premiered in May 2009, says, “Clark has an amazing voice, and he’s a wonderful dancer—two major skills which give you an advantage in getting cast on Glee. However, most importantly, Clark is unique. When casting Glee, I am particularly interested in finding people who are extremely talented, as well as one of a kind. Clark possesses all of these qualities.” 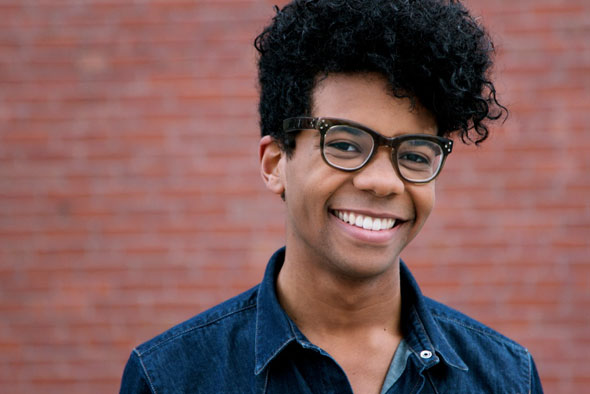 Moore is not permitted to reveal much about his role on the show at this point, other than that he has filmed one episode, he plays a member of the glee club group “The Adam’s Apples,” and his character’s part is “open-ended,” meaning it could grow into something bigger depending on how the plotline develops.

As for taping the show, Moore says, “It was really, really cool! Everyone was so nice. All of the cast and crew were so welcoming and happy to have me be part of this Glee family. All the actors on the show are extremely talented, so I’ve been working hard to make sure I’m on my A-game.”

Moore had always dreamed of a career in show business, and signed with his first manager at age 7. He performed in regional theater and TV commercials as a child, but says two other young African-American actors in Atlanta repeatedly beat him for film roles. So in junior high, he made the decision to scale back his acting pursuits and focus on academics.

At Dartmouth, he has performed research as a Mellon Mays Fellow; studied in London as a participant in the history department’s Foreign Study Program; worked as an intern/tour guide/web host for the Admissions Office; joined Sigma Phi Epsilon fraternity; and served as editor-in-chief of A Change in Attitude and as a staff writer for The Dartmouth Mirror, among many other activities. He has also kept his hand in performing by singing with the Aires, co-founding the dance group Sugarplum, and appearing in four Dartmouth theater department productions, including Hairspray and The 25th Annual Putnam County Spelling Bee.

“Until The Sing-Off, I’d been looking into pursuing a career in fashion and journalism,” says Moore. “So if it wasn’t for the Aires and that show, I don’t know that I would have found performing again. When we were on The Sing-Off, we were rehearsing all day, all summer long. And my body would be so tired at the end of the day, but I was euphoric and so grateful to be working and performing. That was when I realized that there was nothing else I’d rather be doing.” 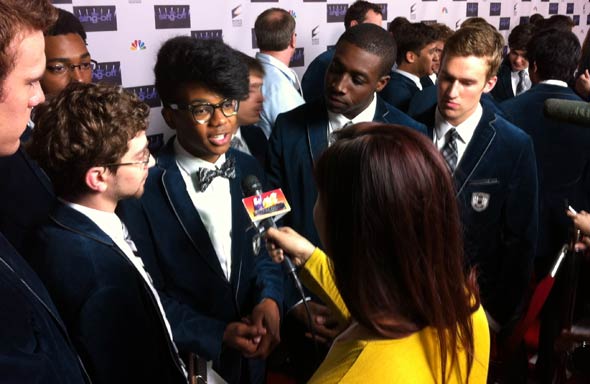 A history major modified with art history, Moore is taking a leave-term this winter in order to work on furthering his career in Los Angeles. One order of business is finding representation; he booked his role on Glee without a manager or an agent, which is unusual. “I’ve been taking meetings and trying to learn from all the alumni out here,” Moore says. “The Dartmouth network is amazing. So many alumni are willing to give you advice, or point you in the direction of someone who can help you.”

While he couldn’t be more excited about having a role on Glee, a show that “has such an impact on people,” Moore says his success is also bittersweet. “I really miss my friends and everyone on campus. But I’m so grateful for this opportunity. In this industry there are so many ups and downs, and it’s a very time-sensitive business. So when the opportunity comes, you either have to take it and run with it or recognize that it might not ever come again. And I’ve chosen to run with it!”