Five Dartmouth alumni have committed a total of $5.5 million to Dartmouth to create endowments to support Dartmouth’s varsity athletics programs.

“These donors—several of whom were student-athletes themselves and all of whom are loyal Big Green fans—understand that good coaches and strong athletic programs instill in their players the habits of teamwork, persistence, and mental and physical discipline that will benefit them far beyond the playing field,” says President Carol L. Folt. “This vote of confidence in our coaches and our athletes will help Dartmouth reach our goal of having the most competitive athletics program in the Ivy League.”

President Folt, who served as faculty adviser to the swimming and diving teams for many years, adds, “I’m grateful for the extraordinary generosity of all our donors, but I’m personally pleased that Victoria and Justin Gmelich have stepped up to support Dartmouth swimming.”

“Endowments for athletic programs and coaches send a powerful message of support and are a tremendous source of inspiration to our student-athletes, coaches, and staff,” says Harry Sheehy, director of Athletics and Recreation. “Endowed coaching positions and team programs boost Dartmouth’s ability to attract and retain talented teacher-coaches and build stronger teams over the long term. We are so grateful to the donors and their families, as these gifts help ensure a wonderful student-athlete experience, and enable Dartmouth to compete successfully in the Ivy League and NCAA.”

With these new endowments, Dartmouth will have a total of six endowed coaches, which brings the institution closer to its Ivy competitors. Dartmouth offers 34 varsity sports, which compete in the NCAA Division I and the Ivy League. Nearly 1,000 undergraduates compete in almost 700 intercollegiate contests each year, and more than 75 percent of the student body participates in a sport or fitness activity. 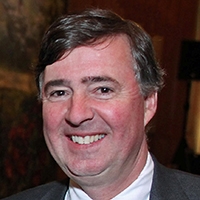 Digger Donahue, whose gift will endow the Digger Donahue 1973 Head Coach of Men’s and Women’s Squash, is the managing partner of Brown Brothers Harriman & Co., America’s oldest and largest private bank, which he joined in 1976. He has been recognized over the years for contributions to the development and growth of the international securities processing industry of which his firm is a leader. Donahue is past treasurer and currently on the executive committee of the Commercial Club of Boston, a past trustee of the Financial Accounting Foundation, and has served on a number of other business and charitable boards, including, currently, the North and South Rivers Watershed Association and the Knights of Malta. Donahue is a member of the Dartmouth Athletics Advisory Board and Dartmouth’s President’s Leadership Council. At Dartmouth he majored in history, was president of Psi Upsilon, and captained the squash team. He earned his MBA from Harvard in 1976. 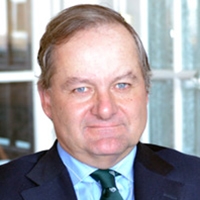 Rick Kimball and his wife, Kathy, have endowed the head coach of women’s golf (the official name of the position will be announced at a future date). A founding general partner of Technology Crossover Ventures, Rick Kimball has been recognized numerous times in Forbes’s “Midas List” of top technology investors. Before TCV, he was a managing director at Montgomery Securities, focusing on telecommunications and data communications. Kimball majored in history at Dartmouth and earned his MBA from the University of Chicago in 1983. He is a member of the Dartmouth Board of Trustees and chairs its Investment Committee. Kathy Kimball, also a 1983 Chicago MBA, earned her BA from Purdue in 1981. She is a member of the board of directors for the Stern Grove Festival Association, and previously worked in the treasurer’s office of the University of California. 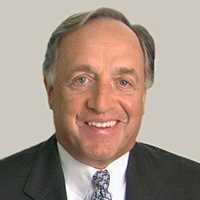 John Lundgren has endowed the John F. Lundgren 1973 Head Coach of Men’s Golf. Lundgren was named president and CEO of Stanley Black & Decker, Inc., in 2010, when The Stanley Works, where he had been chairman and CEO since 2004, merged with Black & Decker. Previously, Lundgren served in London as president of European Consumer Products for Georgia Pacific. He began his career with Gillette Corporation in 1975. In 1976, he joined the James River Corporation (later Fort James Corporation) as director of strategic planning. Advancing through the ranks to vice president and later president of his division, he moved to Brussels in the mid-1990s to manage a $1.5 billion joint venture engaged in the production and sale of consumer products throughout Europe. Georgia Pacific acquired Fort James in 2000. Lundgren serves on the boards of Callaway Golf Company, the National Association of Manufacturers, and Students in Free Enterprise, and is a national trustee of The First Tee. He is a member of the Dartmouth Athletics Advisory Board. A psychology major and golf team captain at Dartmouth, he graduated cum laude, and earned his MBA from Stanford University in 1975. 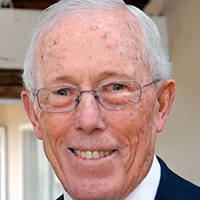 Mark Gates and his wife, Betsy, have created the Betsy and Mark Gates 1959 Rowing Coaches Fund. Mark Gates is principal of Gates Land Company, a private real estate development firm based in Palo Alto, California, which he founded in 1985 after 15 years of practicing law. He has served as the secretary of the board of trustees of Trout Unlimited, past chair and treasurer of the Palo Alto Children’s Health Council, past director of the Wild Salmon Center and St. Luke’s Hospital Foundation, and as a member of the California State Board of Education. He is a member of the Dartmouth Athletics Advisory Board. He rowed for Dartmouth, and went on to earn a law degree from Stanford University, where he and Betsy met. Betsy Gates is a retired partner of Artfocus and has served as a curator at the Cantor Art Museum at Stanford and on the board of overseers of Dartmouth’s Hood Museum of Art. 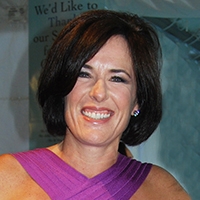 Victoria Hall Gmelich and Justin G. Gmelich have endowed the Victoria Hall Gmelich 1991 and Justin G. Gmelich Fund for Swimming and Diving. A former swimmer for Dartmouth, Victoria Gmelich is president of Esquina Partners, a real estate development company. She was previously the president of Kingsley Management Properties, and before that served as a portfolio manager for the Clinton Group, Inc. She earned her AB in economics from Dartmouth and went on to earn an MBA from Columbia University. A member of Dartmouth’s Athletics Advisory Board, she founded Trinity Hall, an all-girls school in Monmouth County, New Jersey, and is a trustee of the Rumson Country Day School. Justin Gmelich is global head of credit trading at Goldman Sachs & Co. He earned his BA from Villanova University in 1990, his MBA from Columbia University in 1992, and his MS in accounting and taxation from the University of Southern California.