Dartmouth researchers were awarded $2.1 million in new and competing awards during December 2012, as reported by the Office of Sponsored Projects. 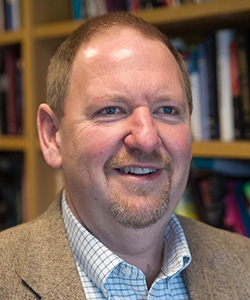 Todd Heatherton, the Lincoln Filene Professor in Human Relations in the Department of Psychological and Brain Sciences, is one of the investigators working on a project sponsored by the National Institute on Alcohol Abuse and Alcoholism. (Photo by Eli Burakian ’00)