In recognition of Dartmouth’s ongoing celebration of the 40th anniversary of the Native American Studies Program (NAS), the Office of Public Affairs’ Whitney Campbell Intern, Chidi Anyadike ’13, checked in with several Native American alumni to learn why they matriculated at Dartmouth and how their undergraduate experiences helped shape their lives. 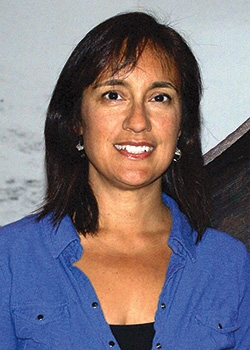 Ledford is executive director of the Makah Cultural & Research Center in Neah Bay, Wash. She is a national leader on the issues of tribal museums and the representation of Native cultures, and has returned to campus in recent years to speak to NAS classes.

Attending Dartmouth allowed me to meet and become friends with students from all over the world. I remember being at Dartmouth on the day Nelson Mandela was released from prison, and immediately meeting up with my friends from South Africa to celebrate. I don’t think we made it to class that day.

Dartmouth basically taught me that what doesn’t kill you makes you stronger. I think that my professors’ high expectations allowed me to grow intellectually and emotionally. I operate today with high professional expectations of myself, and with a clear understanding of other people’s skills and strengths that can be utilized to advance the goals of our tribe, or whatever project I’m involved in. 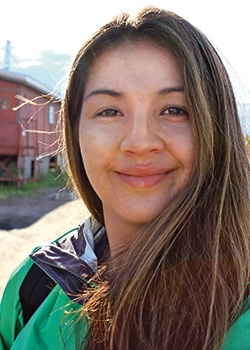 Newmark is a Dartmouth presidential fellow and coordinator of the Indian Health Service Partnership at The Dartmouth Center for Health Care Delivery Science.

Choosing between Dartmouth and Stanford was one of the hardest decisions I ever had to make. I remember leaving my little community (Tuktoyaktuk, in Canada’s Northwest Territories) to visit Dartmouth. It was raining and my luggage got lost, but despite these inconveniences, I felt like Dartmouth was the right place. I liked the small town atmosphere, the student-to-professor ratio, and most importantly, I was drawn to this place by the Native American community.

One of my proudest moments at Dartmouth was graduation, which signified so much more for my family than it did for me. My mother, who never graduated from high school, attended Indian boarding school in northern Canada. During this time, she was stripped of her language, her family values, and her sense of self. And despite all of this, she always pushed me to excel in school. My father and mother always reminded me what education could accomplish and the opportunities it could afford me, my family, and my community. It was a proud moment to stand by my tribal flag in beaded moccasins with my family, knowing that I was the first in my community to graduate from an Ivy League institution. 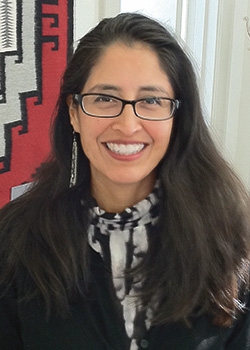 Tompkins has served as solicitor of the U.S. Department of the Interior since June 2009. A Stanford Law School graduate, she served as chief counsel to former New Mexico Gov. Bill Richardson from 2003-2008. Tompkins returned to campus in 2011 to speak to Professor N. Bruce Duthu’s class.

I was an adopted Native American, so it was important to me to attend college with a large Native American population so that I could reconnect and learn more about my Native culture.

One of my proudest moments at Dartmouth was getting through the first year. It was clear to me from the start that many of my peers had better preparation for college. I worked extra hard, had great tutors, and made it through. I also had the added pressure of maintaining a high GPA for my Navajo scholarship, so I knew if I didn’t do well I could lose this amazing opportunity.

Dartmouth made me more open to new experiences. One of my fondest memories was when I studied in Granada, Spain, in the Language Study Abroad program. I came away from Dartmouth with the view that diversity in thought is a more enriched way to live life. 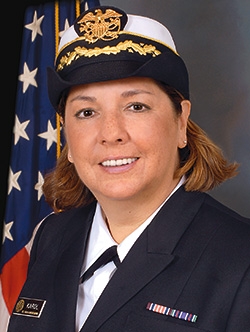 Karol is the chief medical officer of the Indian Health Service (IHS). She advises the IHS director and staff on national health care policies affecting Native peoples. She was the first woman of the Tuscarora Indian Nation to become a surgeon and the first woman to be made chief of surgery at Beverly Hospital in Beverly, Mass. In November 2012, Karol and IHS formalized a partnership with Dartmouth and Dartmouth-Hitchcock Medical Center to pursue common goals.

In 1974, my cousin, John Kulik ’77, who has since passed away, stimulated my interest and ultimate choice to attend Dartmouth. John was a geography major and an avid skier. We connected every winter to ski, and during my high school years our visiting stimulated my interest in Dartmouth. His stories and course load hit the mark with me and it took one visit to Dartmouth to convince me that Hanover was where I wanted to be.

My proudest moment actually came during multiple presentations at Dartmouth over a few days in November 2012. In standing up in front of so many beautiful and smart Dartmouth students, I was struck by all I have accomplished and what I offered back to them as a mentor and individual who worked hard. Because of my Dartmouth gift, I was able to become a doctor and ultimately the chief medical officer of the Indian Health Service, where I sit today.

In my personal life, Dartmouth has also been instrumental. I am married to Dr. Bill Stinson ’82, whom I didn’t know while at Dartmouth but who became such a support for me during my residency and is such a wonderful part of my life now. Our great experiences at Dartmouth solidified our relationship then and even now for our future. What a great institution; I am so thankful for being part of Dartmouth. 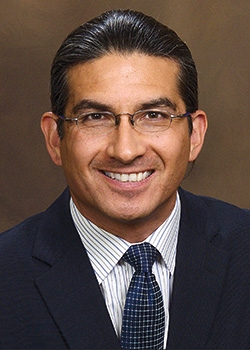 Warren served as secretary of Indian Affairs in former New Mexico Gov. Bill Richardson’s cabinet. He is a longstanding member of the Santa Clara Pueblo Tribal Council, where he has also served as the tribal council’s lieutenant governor. Currently the executive vice president of Blue Stone Strategy Group, Warren works as a consultant to tribal governments on sovereignty issues and is chair of the Native American Democratic Caucus. He has visited campus in recent years to speak to NAS students.

One of my proudest moments at Dartmouth was giving back to my Pueblo by completing, at the request of our governor, an honors thesis on the history of Santa Clara’s traditional lands and land claims efforts and then receiving the National Indian Education Association’s Indian Student of the Year award for this work.

The knowledge I gained from my time at Dartmouth, as well as the strength of character and resilience I developed there, have had a profound and positive influence on the path my career has taken. Dartmouth both tested me and taught me to see the strengths inside myself. I emerged from my experience there still believing that the world could be made a better place and possessing the skills and drive to pursue that vision. Looking back now, I could not have imagined the contribution my Dartmouth experience would allow me to make to my Pueblo, to my state, and to Indian Country. 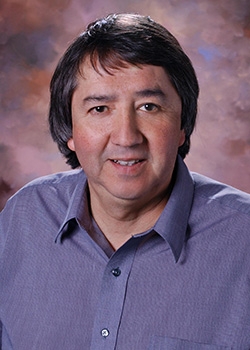 Bonga is a tribal attorney and planner for the Kalispel Tribe in eastern Washington and also an appellate court tribal judge for several regional tribes. He was the first Native alumnus of the College to serve as a director of the Native American Program, beginning in 1975. He returns to Dartmouth annually to guest lecture in some NAS classes, including “Indian Country Today.”

During my junior year of high school I was thinking seriously of joining the Air Force. But when my brother returned from Vietnam, he emphatically told me not to join, and that I should do something else. In 1969-70 one could still get a college deferment from the draft so I decided I would attend Seattle University, play baseball, and not be drafted. My dad was a logger and the sole breadwinner in our family, and due to weather conditions was never able to work year-round. I therefore knew that I would need financial assistance to attend college.

I had heard that Indians could receive money from the Bureau of Indian Affairs (BIA) to attend college. I called my aunt who worked for the BIA in Washington, D.C., to ask how I could get my money. She corrected me and said there was no hidden pot of BIA money and that I would have to write to our tribe in Minnesota and apply for a scholarship. After she gave me the Minnesota Chippewa Tribe’s address, she said I should apply to Dartmouth, as they were going to start an Indian program. I asked her, “Where is Dartmouth?” and she said, “In New York.” She then found the information and gave me an address to write to and said, “Oh, it’s in New Hampshire.”

Dartmouth allowed me to become better informed about other Native cultures, history, issues, and visions. 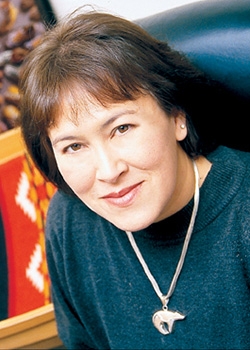 Alvord is professor of surgery and associate dean in student affairs and admissions at the University of Arizona College of Medicine in Tucson. A graduate of Stanford Medical School, she was the nation’s first Navajo surgeon and wrote about combining Navajo healing philosophies with Western medicine in her book “The Scalpel and the Silver Bear.” She previously worked at the Geisel School of Medicine as associate dean of student and multicultural affairs and assistant professor of surgery and psychiatry

I knew almost nothing about Ivy League schools when I was in high school. I met a Navajo student who was at Princeton who encouraged me to apply there. I asked him how many Native students were there, and he said there were five. I could not imagine going somewhere where there were only five Native students, and so he recommended Dartmouth. They had about 30. I visited Dartmouth thanks to the Native Fly-In Program, and was intrigued.

The Native American Program made it possible for me to attend and succeed at Dartmouth. The most important part of the program was the social and emotional support. When I was at Dartmouth, the Native Program and the Native community were one and the same. We did not know where one ended and the other began. I do not know that I would have been able to stay at Dartmouth without the support of the program.

I owe my first job to my Dartmouth degree, and my path to medicine. It was as a research assistant in a neurobiology lab. I had no experience, but the neurologist said he knew that I had a Dartmouth degree, and he could probably train me to do anything he needed me to do. He encouraged me to consider becoming a physician. I wasn’t sure that I could succeed, but his belief in me gave me the confidence to try. The academic preparation at Dartmouth definitely helped me achieve my dreams.

Written by
Chidi Anyadike '13
Share this
FacebookTwitterEmail
In the News