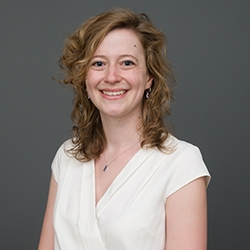 Farley is graduating from Dartmouth with a major in history; she has pursued her academic interests of medieval and early modern European history, American literature and Spanish. After graduation, she will move to New York City to join the investment group at BlackRock as a credit analyst.

At Dartmouth, she was an early inductee of Phi Beta Kappa in 2010, and a Rufus Choate Scholar (an honor for students in the top 5 percent of their class) for all four years at the College. She is the winner of the Andrew Warden Edson Memorial Prize in Government for 2011, and the Louis Morton Memorial Prize in European History for 2012. Farley’s honors thesis was titled “Providing Knowledge as a Common Good—The Emergence of the European Public Intellectual (15th to 16th centuries),” and she received 12 citations for academic excellence during her Dartmouth career.

Farley, of Darien, Conn., is a member of the Alpha Xi Delta sorority, Smart Woman Securities, and the Dartmouth Society of Economics and Investment. In her junior spring, Farley interned as a paralegal at Davis Polk & Wardwell LLP, and in her junior summer she held a portfolio management group internship at BlackRock in the fixed income division.

“I’ve been repeatedly impressed and humbled by the incredibly diverse individuals that I have met at Dartmouth, each of whom has forged his or her own brand of the Dartmouth experience,” Farley says. “It has been a privilege and a pleasure to learn from my peers, professors, and other community members, both in and out of the classroom.” 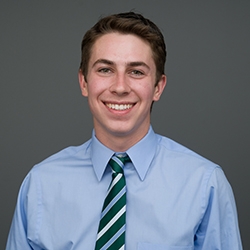 Kornberg is a government major whose academic interests include constitutional law, international relations, positive psychology, and literature. He was a columnist for The Dartmouth for all four years of his college career and will go on to work as an investment associate at Bridgewater Associates in Westport, Conn., after graduation.

He was an early Phi Beta Kappa, received the Phi Beta Kappa Sophomore Prize (awarded to students with the highest GPA after five terms at the College) and is a Rufus Choate Scholar. Kornberg, of Jericho, N.Y., was named a James O. Freedman Presidential Scholar, working with Professor William Wohlforth in the government department. He received the Johnson Award for Journalism, recognizing him as the most influential first-year columnist at The Dartmouth. Kornberg earned the Edson Memorial Prize in Government and in 2013, was a recipient of the Greek Letter Organizations and Societies (GLOS) Scholarship Award.

“My four years at Dartmouth were wonderful,” Kornberg says.  “I met some truly incredible friends, loved my classes and professors, and learned a great deal about how I want to live the rest of my life. I am so grateful for my time here.”

Kornberg studied at Keble College at Oxford, England, as part of the Dartmouth-Oxford Exchange through the government and economics departments during his junior spring. He did two internships in Washington, D.C., during his sophomore winter. The first was at The Center for the National Interest, where he edited the book Europe’s Angry Muslims (Oxford University Press). He then worked at The Legal Aid Society of the District of Columbia. In his junior summer, Kornberg interned at Centerview Partners, an investment bank in New York City.

While at Dartmouth, Kornberg joined the Sigma Phi Epsilon fraternity, founded the Dartmouth History Journal and tutored in economics for the Tutor Clearing House. He enjoys tennis, skiing, squash, biking, and meditation, and plans to backpack through Southeast Asia this summer before starting work at Bridgewater. 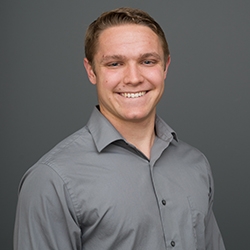 As a double major in linguistics and classical languages and literatures, Malkin has been a Rufus Choate Scholar for all four years and earned the Phi Beta Kappa Sophomore Prize. He completed his United States Marine Corps officer candidate school during his first-year and junior summers and received his commission as a second lieutenant in the U.S. Marines on Saturday of Commencement weekend. After graduation he will train as a USMC pilot.

At Dartmouth, Malkin worked with students in nearby Thetford, Vt., as a volunteer with the Thetford Mentors program for all four years and served as interim president, vice president and treasurer of Christian Impact. During his freshman and sophomore years, Malkin, of Scottsdale, Ariz., also participated in Dartmouth Lightweight Crew.

“Dartmouth has been home. It’s a center of rigorous academic work; it’s a source of social connections—but for me the most meaningful facet of Dartmouth is its character as a community of friends.” Malkin says.

He is an avid hiker and enjoys running, sports nutrition, reading, Christian theology, linguistic anthropology, film, and German. Malkin says he is thankful for the respectful, loving, and compassionate community he has found in Dartmouth Christian fellowship.

“I thank God and Jesus Christ my Lord for the opportunities that were given me when I matriculated. I consider myself to be very blessed,” Malkin says.

While earning a major in anthropology modified with Spanish with a minor in chemistry, Morenz volunteered at Dartmouth-Hitchcock Children’s Hospital at Dartmouth, worked as a research assistant in biochemistry and anthropology, was a leader in the Dartmouth Mountaineering Club and manager of the Dartmouth Climbing Gym, and was a team member on the Big Green Bus in the summer of 2012.

Morenz, of Tucson, Ariz., was named a James O. Freedman Presidential Scholar and collaborated with Assistant Professor of Chemistry Ekaterina Pletneva, researching “The Conformational Dynamics of Cytochrome C.” She also received the Ranny B. Cardozo Jr. 1978 Award, given each year by Dartmouth seniors to “the outstanding member of the junior class who most exemplifies Ranny B. Cardozo’s academic enthusiasm, genuine concern for fellow classmates, and dynamic participation in campus and community activities.”

In winter term 2012, Morenz was the DarDar Global Health Intern at a pediatric HIV/AIDS clinic in Dar es Salaam, Tanzania. She was a Zabriskie Research Fellow in Biochemistry in the summer of 2012, and a Dartmouth Partners in Community Service post-graduate fellow. 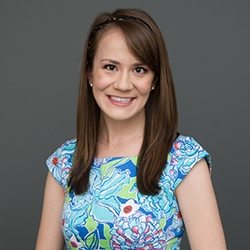 Romani, a biology major, completed the pre-med curriculum at Dartmouth but realized through a variety of other classes that her calling is in bioethics and health law. She plans to pursue this interest next year at Yale Law School.

Romani, of Sudbury, Ontario, Canada, was a Phi Beta Kappa early inductee and recipient of the Phi Beta Kappa Sophomore Prize and she was a Rufus Choate Scholar.

In her first-year summer, she was a Harold E. Johns Medical Physics Research Intern at the Cancer Centre in Sudbury, Canada, where she contributed to a paper published in the British Journal of Radiology.  In her junior and sophomore years, she was a James O. Freedman Presidential Scholar research assistant and Howard Hughes Medical Institute Fellowship research assistant, respectively. She worked with Patricia Pioli at Dartmouth-Hitchcock Medical Center, studying the effect of the breast tumor microenvironment on macrophages. She divided her junior summer between two internships, beginning at the Global Bioethics Initiative, a nonprofit in New York, and spending the second half of the summer conducting research for the National Research Center for Women and Families.

“Four years ago, I could not have imagined myself going to law school, but Dartmouth’s liberal arts curriculum has allowed me to discover my passion,” Romani says. “From the people that I have met to my intellectual and extra-curricular experiences, Dartmouth has exceeded my expectations, and I couldn’t ask for anything more.”

During all four years at Dartmouth, Romani volunteered with ASPIRE, a William Jewett Tucker Foundation local service organization working with autistic children. In her sophomore year, she was one of the founding members of ASPIRE’s swim group program. Romani also volunteered on the Alternative Spring Break to Kentucky; was part of the Dartmouth Global Leadership Program; was an undergraduate teaching assistant in genetics; and was a member of the Alpha Phi Sorority.

There was a two-way tie for salutatorian, with both graduates finishing with a 3.99 grade point average. The honorees are Anuj Gupta of Easton, Conn., and Vero Lecocq of Longmont, Colo. 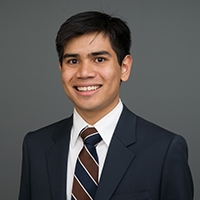 At Dartmouth, Gupta majored in economics and received the Economics Outstanding Academic Achievement Award. He earned the Economics Outstanding Academic Achievement Award, Phi Beta Kappa, and he was a Rufus Choate Scholar. Gupta, of Easton, Conn., is interested in public economics and parliamentary debate and was a James O. Freedman Presidential Scholar in the Department of Economics. He interned at The UCAN Co., a sports energy drink startup firm in Woodbridge, Conn., during his first-year summer and sophomore spring. He did an exchange term at Keble College at Oxford, England, in his junior fall, and he plans to work at the management consulting firm Oliver Wyman in New York City. 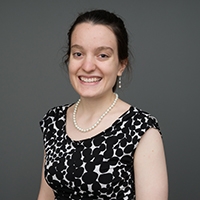 Lecocq is a double major in theater and linguistics modified with French. While at Dartmouth she received the Rodney W. Alexander Theater Fellowship and the Benjamin and Edna Ehrlich Prize in the Dramatic Arts. She has been active in theater throughout her undergraduate career, including acting in more than a dozen shows with The Displaced Theater Company, The Dartmouth Rude Mechanicals, and Theater Department Mainstages. She also interned with the New York Theater Workshop and did a theater Foreign Study Program in London and interned at a bilingual theater in Paris. She also worked as a tutor in French, math and English. After graduation, she plans to pursue roles in regional theater and then work teaching and coaching theater with high school students in the Marshall Islands.