Dennis Grady can still remember his teachers freaking out and recall coming home to his distraught parents on the day President John F. Kennedy was assassinated in Dallas.

“It occurred to me the people who are students now were about that age when 9/11 happened,” says Grady, exhibits designer with Dartmouth Library Education & Outreach. “Everything you assumed about the way the world worked was turned upside down.” 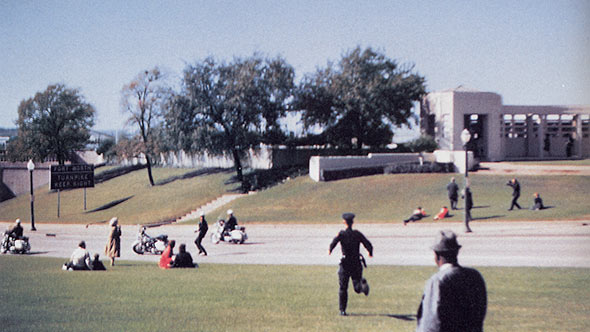 Film frame from home movie footage shot by Mark Bell on November 22, 1963, seconds after the Presidential motorcade had passed. The grassy knoll, from which many witnesses heard gunshots, is in the background. (Courtesy of Rauner Special Collections Library)

Grady samples this raw, destabilizing uncertainty in “The Grassy Knoll Revisited: On the Anniversary of the Assassination of JFK,” an exhibition drawn from the holdings ofBaker-Berry Library and Rauner Special Collections Library.

“Choose any one of the above, or any combination, and you will find ample evidence to support your choice,” he says.

The glass display cases along Berry Library Main Street offer harsh and vivid testimony to the chaos of that day in Dallas.

A right-wing flyer with the headline WANTED FOR TREASON shows JFK front and side and lists crimes including: “Betraying the Constitution (which he swore to uphold): He is turning the sovereignty of the U.S. over to the communist controlled United Nations.” 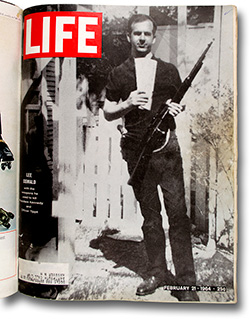 The veracity of the photograph of Lee Harvey Oswald that appeared on the cover of “Life” in 1964 is one of many enduring assassination controversies. Oswald claimed it was a fake, as did many subsequent Warren Commission critics. In his paper, “A 3-D Photo Forensic Analysis of the Lee Harvey Oswald Backyard Photo,” (2010) Dartmouth Professor Hany Farid concluded that the photograph had not been altered. (Courtesy of Rauner Special Collections Library)

This case, full of pre-assassination conspiracy theory materials that paint Kennedy as a Communist/Papist/Tri-Lateral Commission stooge, draws from several boxes of material in Rauner Library. The artifacts were collected at the time of the assassination in Dallas by Carlton Chapman, Dartmouth Medical School dean from 1966 to 1973. In November 1963, Chapman was a doctor at Dallas’ Parkland Memorial Hospital, where Kennedy was pronounced dead.

Another display highlights the work of Dartmouth Computer Science Professor Hany Farid, a digital forensics specialist. Farid’s examination of the “Oswald backyard photo” found that the incriminating image, held up by conspiracy theorists as a fake, was “in fact physically consistent and plausible.”

The exhibition details Farid’s examination of the photo and draws from his later essay about “conspiracies and the persistence of belief.”

He writes, “This work was greeted with what I now realize was a completely predictable response. Those claiming photo fraud accused me of being incompetent and/or complicit in the CIA’s, FBI’s, Cuban’s etc. cover up of the assassination of President Kennedy. Several particularly virulent people wrote to Dartmouth College, insisting that I should be investigated and stripped of my tenure. (I wasn’t.)” 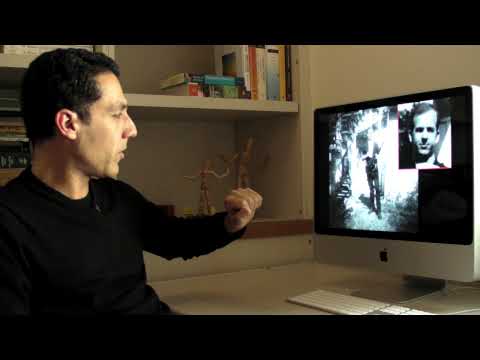 Grady illustrates the vast array of JFK assassination materials in the Dartmouth Library through images in the exhibition. One photo shows all 26 volumes of testimony and exhibits and the 888-page Warren Commission Report. Another picture depicts stacks of conspiracy theory books. The photos serve as a bibliography for the exhibition and display the range of thought on the assassination.

A video sampling of Kennedy materials, edited by Carla Galarza, Jones Memorial Digital Media Intern, includes not only iconic footage, such as the uncut Zapruder film and television footage of the Kennedy motorcade, but also rare Dallas television coverage of the day, featuring the first interview with Abraham Zapruder shortly after the assassination.

“You can spend endless hours on YouTube listening to critics debunking the Warren Commission’s findings, commission defenders debunking conspiracy theorists, and debunkers debunking each other over every possible interpretation of every possible detail. The challenges and perils of navigating through the available material can provide useful lessons in discerning the quality of scholarship,” Grady observes, ending on a hopeful note—particularly from a librarian’s perspective.

“The President John F. Kennedy Assassination Records Collection Act, passed by the U.S. Congress in 1992, stipulates that all government documents related to the assassination will be released to the public in full in 2017.”

A machine is not a mind-body integrated device. It may mimic one, but in so doing it becomes less than the real thing.

On a Mission for Mental Health 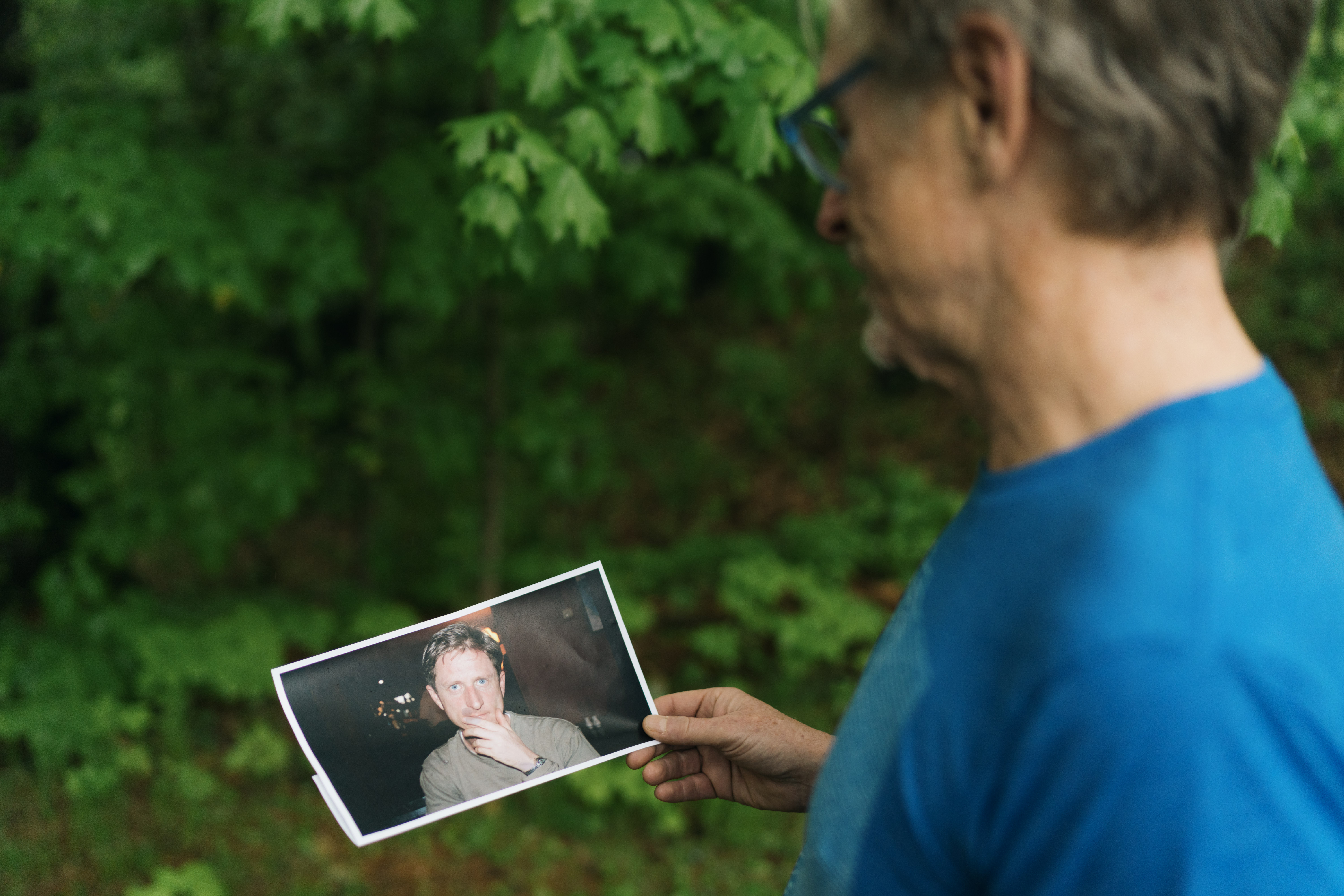