Joseph Singh ’14, of Toronto, Ontario, and Jonathan Pedde ’14, of Regina, Saskatchewan, have been named Rhodes Scholars for 2014. The two are Dartmouth’s 74th and 75th Rhodes Scholars.

The Rhodes Scholarship, the oldest and best-known award for international study, is widely considered to be the most prestigious postgraduate academic award available to college graduates. 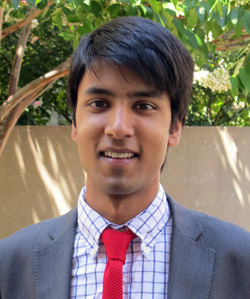 Joseph Singh ’14 will pursue a degree in international relations at Oxford. (Photo courtesy of Joseph Singh)

Established in 1903 through the will of British philanthropist Cecil Rhodes, the scholarship pays all expenses for a graduate program at the University of Oxford in England. A class of 83 scholars is selected each year from Australia, Bermuda, Canada, Germany, Hong Kong, India, Jamaica and the Commonwealth Caribbean, Kenya, New Zealand, Pakistan, Southern Africa (including South Africa, Botswana, Lesotho, Malawi, Namibia and Swaziland), the United States, Zambia, and Zimbabwe.

“We are delighted to see Jonathan and Joseph recognized with the tremendous honor of a Rhodes Scholarship,” says Assistant Dean for Scholarship Advising Kristin O’Rourke. “This honor is a reflection of their hard work and accomplishments and also of their intellect and commitment to learning at the highest level.”

The Globe and Mail of Toronto today announced the Canadian Rhodes winners. “One of the great strengths of the scholarship is the sense of belonging to a group in Oxford who feel the obligation to work to make things better for everyone,” says Andrew Wilkinson, Canadian secretary for the Rhodes. A companion piece features short profiles of each of the scholars.

A government major, Singh says, “This is a staggering honor and I’m still struggling to process everything. More than anything else, however, this is a testament to the people—my mother, my friends, professors and advisers at Dartmouth—who have supported and guided me over the years. I am so excited about heading to Oxford next year where I’ll be able to further my study in international security policy with some of the leading minds in the field.”

On campus, Singh is a member of the Dartmouth Aires a cappella group, works as head writing assistant at Dartmouth’s Student Center for Research, Writing, and Information Technology, and is a James O. Freedman Presidential Scholar. He’s written for CNN,Time, and Foreign Policy. He has also testified before the New Hampshire House of Representatives on voter identification reform and has interned for the Center for a New American Security. He hopes to pursue a career with Canada’s foreign service. 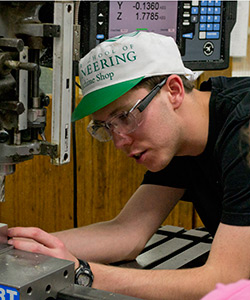 Pedde, an economics and mathematics major, says, “I am looking forward to interacting with and learning from people from all over the world. Based on my brief experience at Oxford last fall, I believe that the faculty and my peers will challenge me to think critically about important issues facing Canada and the world.”

“There are numerous individuals at Dartmouth to whom I am indebted for their help throughout the application process. These individuals wrote letters of recommendation, collected valuable reference materials, provided feedback on my application, wrote a letter of institutional endorsement, sent me interview preparation materials, and conducted mock interviews. I am very grateful for all of their help,” Pedde says.

At Dartmouth, Pedde has been involved with The Dartmouth, writing and editing opinion articles, and has worked as a research assistant to Meir Kohn, professor of economics. This fall, Pedde was inducted into Phi Beta Kappa. He already knows his way around campus, having studied there for a term as an exchange student at the university’s Keble College.

“Rhodes Scholars are chosen not only for their outstanding scholarly achievements, but for their character, commitment to others and to the common good, and for their potential for leadership,” says Elliot F. Gerson, the American secretary of the Rhodes Trust, on the Rhodes Scholarship website.