The War on Poverty: Weighing Its Impact 50 Years Later

As part of his vision for a Great Society, President Lyndon Johnson outlined plans for a “war on poverty” during his January 8, 1964, State of the Union address. With the nation’s poverty rate at 19 percent, Johnson established an Office of Economic Opportunity and government programs like Medicaid, Head Start, and the Job Corps. 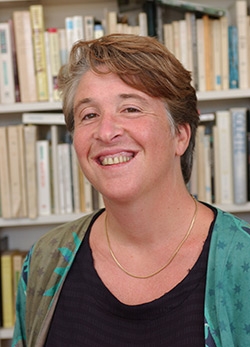 “The poverty rate has gone up and down, but there is a direct correlation between poverty rates and the robustness of federal anti-poverty programs,” says Professor of History Annelise Orleck. (Photo by Joseph Mehling ’69)

Now, 50 years after Johnson’s address to the nation, the national poverty rate hovers near 15 percent, leading many to question whether Johnson’s initiative was a success.

“Many—especially on the right—claim that the war on poverty failed,” says Dartmouth Professor of History Annelise Orleck. “However, the fact is that it cut the child poverty rate in half in only 10 years.

“The poverty rate has gone up and down, but there is a direct correlation between poverty rates and the robustness of federal anti-poverty programs. Despite rhetoric condemning these programs, Republican as well as Democratic presidents have kept and even expanded key programs—including Food Stamps and the Earned Income Tax Credit. As a result, poverty rates have never reached the levels they were at prior to the enactment of the Economic Opportunity Act in 1964.”

Orleck argues that the Great Recession of 2008 would have had far wider consequences had it not been for “the food, shelter, and income relief programs initiated under Lyndon Johnson and expanded under Richard Nixon and Jimmy Carter.” 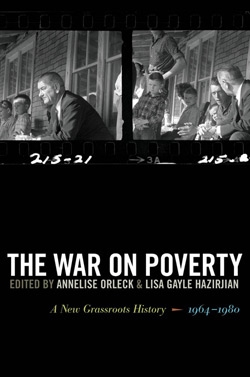 Professor Annelise Orleck is co-editor of “The War on Poverty: A New Grassroots History.”

The author of Storming Caesar’s Palace: How Black Mothers Fought Their Own War on Poverty (Beacon: 2005) and co-editor of The War on Poverty: A New Grassroots History (University of Georgia Press, 2011), Orleck says another impact of the war on poverty is an expanded political class.

“Poor people who had long been excluded from the political process fought for and got seats on housing, school, and welfare boards,” she says. “They also ran for office in local, state, and even in federal elections.

“I would argue that the massive enlistment of poor people in the political process is one reason conservatives are so anxious to view the war on poverty as a failure. Perhaps the more accurate view is that it succeeded all too well."