Vox Populi: Looking Back at BASIC and Forward to the Future 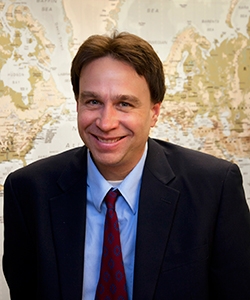 “Dartmouth has been celebrating this milestone in recent weeks, which made me wonder how today’s academic technology people will be remembered 50 years from now,” says Josh Kim. (Photo by Joseph Mehling ’69 )

Before BASIC and time-sharing were invented at Dartmouth 50 years ago this month, computing was the province of white-coated engineers and academics, secluded and inaccessible to all but a few wizards behind the curtain. After BASIC and time-sharing, computers became accessible and programmable by the humanities professor and the student alike, as the language of computing was made legible and access to computers was democratized.

Dartmouth has been celebrating this milestone in recent weeks, which made me wonder how today’s academic technology people will be remembered 50 years from now. How can we live up to the legacy of those who created BASIC and time-sharing, which laid the foundation for much of the computing environment we rely on today to teach, to research, and to run our institutions?

My sense is that we will honor that legacy by returning to the principles that animated professors John Kemeny and Tom Kurtz to create BASIC and time-sharing. These principles included a belief that technological literacy was as important to a liberal arts education as other skills taught on campus, and that students should incorporate programming and computer-assisted analysis in as many classes as possible.

What is remarkable about BASIC and time-sharing is how widely these technologies were distributed across the Dartmouth curriculum. By the 1970s, 85 percent of Dartmouth undergraduate students had engaged in some sort of programming activity. The combination of an easy-to-learn but flexible programming language (BASIC) and distributed access to computing power (time-sharing) enabled students to bring computer programming into a range of humanities and social science course projects. It became an accepted cultural and educational norm at Dartmouth that writing a program was as valid a method of intellectual inquiry as other traditional methods of research, writing, and design.

Today, at Dartmouth and in other liberal arts institutions, the integration of technology with learning has evolved away from coding (although many of our students do take computer science classes) and toward new forms of technology-enabled creative expression. This may take the form of the media projects and video mash-ups that students do in classes. Or in the robots and autonomous vehicles that students in engineering classes might build. Or in the websites and mobile apps that are final projects in departments ranging from film and media studies to cognitive sciences to classics.

In our campus-wide celebrations of the 50th anniversaries of BASIC and time-sharing, what was striking was how good a time the original undergraduates had in helping to launch these technologies. They had no fear of failure. They were creating technologies that did not yet exist and therefore didn’t know that what they were doing shouldn’t have been possible.

Kemeny and Kurtz and the other Dartmouth faculty created an environment in which students could experiment. They were taught the foundational knowledge and skills and were given guidance and feedback and coaching and mentoring by the faculty, but the students did most of the hands-on work.

We need to make sure that we create opportunities for this sort of experiential learning in our liberal arts curriculum. Opportunities to work with faculty not just as students but as collaborators. Opportunities to experiment, to fail, and to keep doing it over again.

The reason undergraduate students played such a critical role in the history of the development of computing probably has less to do with any specific philosophy. Dartmouth had faculty and leadership who were interested in learning about and leveraging the power of computers. Students were essential to actually accomplish this work, and undergraduate students were at hand. It turned out that undergraduates were the perfect demographic to work on BASIC and time-sharing, as they didn’t know what shouldn’t be possible. With little invested in the current computing status quo, these undergraduates were free to invent something different.

Today, Dartmouth has a mix of undergraduate and graduate students, although we have retained our ethos that undergraduates should be working alongside faculty to create knowledge. We have a rich tradition of providing our undergraduates with high degrees of responsibility and autonomy, paired with faculty mentorship and close guidance.  This tradition forms a direct link with those undergraduates and faculty who first worked on BASIC and time-sharing.  Going forward, we will develop new opportunities for undergraduates to advance the boundaries of technology-enabled learning as the college evolves its liberal arts model for the digital age.

Those of us working today at Dartmouth at the intersection of learning and technology fully understand our responsibility to live up to the legacy of those that created BASIC and time-sharing. We constantly ask ourselves how our work in technology and education will be remembered 50 years from now. This question is both motivating and humbling. We have much work to do.