Agents of Good: Tuck Alumni at Work in the World

Debi Brooks, Tuck ’86, didn’t set out to become a leader in the fight against Parkinson’s disease. She didn’t know anyone with Parkinson’s, and had no background in medical research. But she recognized a unique opportunity to make a difference.

“I was really drawn to the idea of starting something from scratch with far better than average ingredients,” says Brooks, co-founder and executive vice chairman of The Michael J. Fox Foundation for Parkinson’s Research. 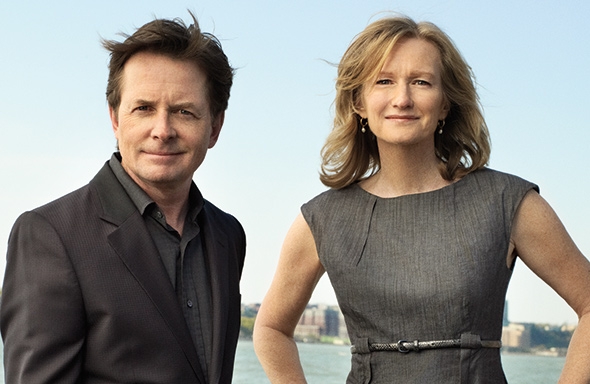 Debi Brooks, Tuck ’86, and Michael J. Fox worked together to build a foundation that would search for a cure for Parkinson’s disease. (Photo by Mark Seliger)

In 1998, television and film star Michael J. Fox went public with his diagnosis of young-onset Parkinson’s disease. Two years later he announced that he would leave his role in the hit sitcom Spin City to promote Parkinson’s research. He had decided to start a foundation to help search for a cure, and wanted someone with a business background to help him build it.

Brooks, who was transitioning to the nonprofit world after nine years on Wall Street, heard about the job from an old Goldman Sachs colleague on a Sunday, and interviewed with Fox that Thursday. Afterwards Fox followed her into the elevator at the old Bear Stearns building, like one of the hard-charging characters he plays on television.

“He came and stood next to me and said, ‘Do you mind if I ride down with you?’” Brooks recalls. “We went outside and talked for another half hour, and he said, ‘You’re the one. You have to do this.’”

The following Monday morning she set up a desk in an empty corner of the Spin City production offices, and went to work.