Learning by Doing, on Both Sides of the Video Camera

Like many other Dartmouth students who travel the globe as part of their education, Jacob Kupferman ’14 accompanied the Dartmouth College Wind Ensemble on its service and performance-focused spring break 2014 trip to Costa Rica. The films he made there offer a glimpse of the trip’s impact on those who traveled: the inspiration gained by working side by side with young Costa Rican musicians and the thrill of performing in venues like the U.S. Ambassador’s residence. 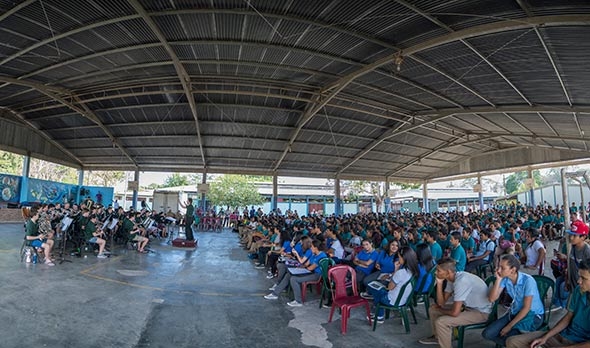 During his trip to Costa Rica with the Dartmouth College Wind Ensemble, photographer Jacob Kupferman ’14 captured images from a number of the ensemble’s performances, including shots from this outdoor concert. (Photo by Jacob Kupferman ’14)

Kupferman also documented a rock-climbing expedition in Morocco by Eric Rosen ’14 and Jay Dumanian ’14, which was supported in part by the Dartmouth Outing Club. His film records both the athletic challenges and the enriching cultural encounters experienced by the travelers.

But just as much learning was going on behind the camera as in front of it. Kupferman, a philosophy modified with economics major, was the Office of Public Affairs photography intern during his junior and senior years at Dartmouth, and he used the time to hone his filmmaking skills. He learned a good number of other valuable lessons as well.

Since graduating from Dartmouth in June, Kupferman has been working full time in Charlotte, N.C., while continuing to pursue photography opportunities in his free time, particularly with professional and college sports teams in the area.

Watch Kupferman’s video, shot during his time with the Dartmouth College Wind Ensemble in Costa Rica. 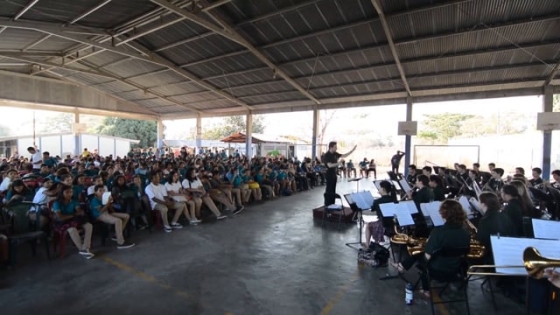 Lessons in project management: Making these films, I learned a lot about what it takes to make an entire project come to life, and that really helped me appreciate the effort of so many of the photographers and filmmakers that I admire. 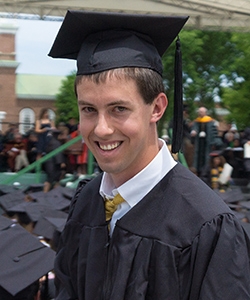 While at Dartmouth, Jacob Kupferman ’14 spent two years as the Office of Public Affairs photography intern. (Photo by Eli Burakian ’00)

New places, new people: The experience also allowed me to go to some really cool places and work with some incredible people. Being able to go see things I would never have seen otherwise, or meet people I would never have known otherwise, is one of the unique, rewarding aspects of working on any kind of creative project.

Willing subjects: I also want to stress how great it is to have willing people letting you film them. It makes the entire project work so much more smoothly, and I could never do it without the help of the students willing to let me tag along and film them as they participate in these amazing activities.

Making mistakes, and recovering from them: [After setting a rope and climbing down 300 feet to intercept the climbers in the Morocco film, Kupferman realized he was on the wrong part of the cliff.]

Feeling frustrated for having wasted such a great opportunity, I finally got back to the top of the cliff, and realizing that the climbers had still not reached the top, I decided to walk over to the other side just to see if I could catch them as they finished the climb. There was no time to set up another rope or descend, but maybe I’d be able to see them top out on the summit.

Sure enough, as I walked over, I realized that I had a great vantage point of the summit of their climb, along with a late afternoon sun behind them. As they walked across the summit ridge, I managed to get a wide shot with the whole valley in the background.

While it was certainly a far cry from what I was going for originally, I realized that sometimes I didn’t need the rope or any kind of special set up to get a great shot. I also learned that sometimes a day I thought was wasted could turn out to be one of the best opportunities of the entire trip. You have to keep your eyes open and always be searching for that one great angle.

Visit Kupferman’s website to see the video he made during the rock-climbing trip to Morocco.