Nina Pavcnik on the Global Market and Small-Town Values 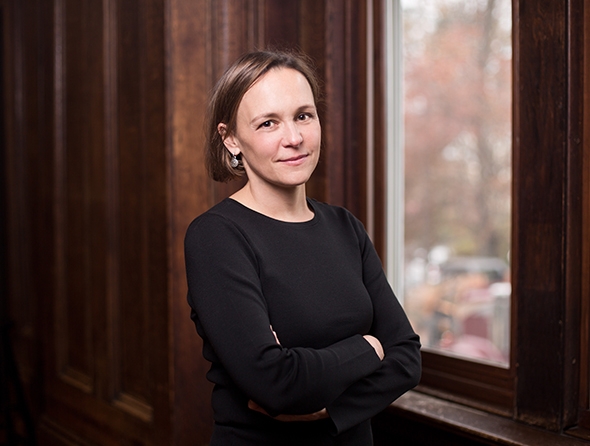 For Nina Pavcnik, the Niehaus Family Professor in International Studies, policy is personal. Much of her research focuses on the impact of globalization, not just on governments and firms, but also on families in developing nations. How do liberalized trade policies address or create poverty in households, and what implications do these “global shocks” have on parents’ decision to send their children to school rather than work? In a recent interview, Pavcnik talks about winners and losers in a global marketplace, and why small-town values are important in her own world.

What drew you to international economics?

I was born in Yugoslavia, which then became Slovenia. I grew up right on the border with Italy, and it was pretty obvious that people there were essentially better off. So I was always interested in why one country is poor and one is rich, and when I discovered economics I realized it provided a way—an analytical framework—for me to understand how these inequalities across countries arise.

Can you summarize the big takeaways of the class you teach on international economics?

Globalization is inevitable. Whether you live in a large country like the U.S. or a small country like Slovenia, it’s important to know how the interactions of your country with the rest of the world affect decisions of economic agents, be they households, firms, or governments. My hope is that students become more-educated citizens of the world, because no matter what path they choose later on, they will very likely work in a setting where they have to think about economic interactions with other countries.

There’s this belief that when we buy T-shirts from Vietnam or shoes from Bangladesh we are, in effect, perpetuating the process of child labor. However, most children who work actually do not work in manufacturing. They work hand-in-hand with their parents on family farms, the most common form of child labor.

The other thing to consider is: Why do parents send their children to work? One reason is poverty, so the families might not survive without the child contributing income. So when you look at the relationship between child labor and international trade, it’s true that in the absence of trade, kids would not work in export-oriented manufacturing factories. But children from poor families would then likely work in other activities. In addition, if international trade improves the incomes of parents, then they can potentially afford to send children to school.

In the ’90s, Vietnam eliminated restrictions on exporting rice. This policy change made it very lucrative to produce and export rice, but it also made poor rice-producing families substantially richer. So these families pulled their children out of work as a result of higher income. Conversely, in India, trade liberalization in 1991 reduced incomes of families living in areas impacted by import competition. Children there, especially girls, were less likely to attend school, and instead performed household chores.

What about the U.S.? Do you think globalization is helping or hurting?

Trade is good for U.S. consumers because they get cheaper goods and a greater variety of goods from all over the world. Wal-Mart, for example, sells cheap goods from China, and that channel especially benefits low-income consumers. Individuals working in exporting industries also gain. That said, workers in areas of the United States with large concentrations of industries impacted by import competition are harmed by trade. For example, in Virginia and North Carolina, where the mass-produced furniture industry is concentrated, those areas are very depressed. People lose jobs, move from manufacturing to services, or unemployment increases, and people transition to long-term disability. And once a person is on long-term disability, it’s very hard to reintegrate into the labor market.

Fast forward 50 years. If the global playing field continues to grow, is there any threat to America’s superpower status?

Many people worry about that because globalization is shaking up the status quo. But it also provides a great opportunity for the U.S. As countries like China, Brazil and Vietnam get richer, they provide markets for U.S. companies, and demand for ideas from American entrepreneurs. While trade can be beneficial for a country as a whole, it generates winners and losers.

In 1989, you spent your senior year of high school living with relatives in Virginia, Minn. How did that experience change you?

I never planned to be a professor or an economist. I wanted to improve my English and have an international experience. Growing up, if you were a strong student in Yugoslavia, the usual track was to go into science and math, so I was not exposed to social sciences at all. My senior year I had to take a social studies class, and that’s how I discovered economics. At the same time, the Berlin Wall fell, and Slovenia was considering seceding from Yugoslavia, so these changes happening back in my home country and Europe also piqued my interest in the social sciences.

You have two daughters, Ella, 12, and Mia, 10. Do you try to instill some of your upbringing in Slovenia in their childhoods?

In Slovenia, we didn’t live in such a privileged community as Hanover. But one thing that’s similar is that family is extremely important. Also, I lived in the same tiny town until I was 17, which shaped who I am, so we’re rooting our girls in Hanover so they have a sense of community and belonging. At the same time, I think it’s important for my children to be aware of the world at large. We are fortunate enough that we can travel. Ideally, we go to Slovenia every year, so they also know those roots.

You and your husband, Eric Edmonds, also a Dartmouth professor of economics, met as doctoral students and have co-authored papers. What’s it like working with your husband?

It works well but I would not want to coauthor with him all the time; it’s harder to separate the work life from the home life, so we had to take a break. But the thing that’s great is that we can comment on each other’s papers and bounce ideas off each other.