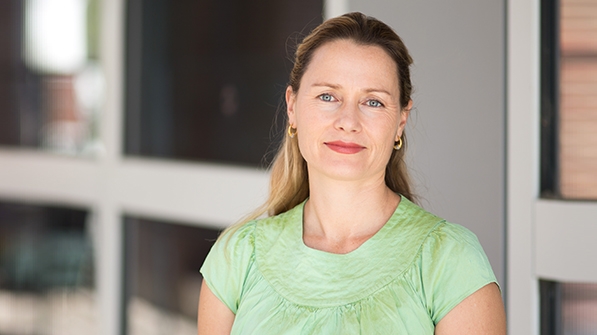 “Nepal will not be the same after this event,” says Associate Professor of Anthropology Sienna Craig. “Nepali people are incredibly resilient, but they have also been through so much—a civil war, tremendous political instability.” (Photo by Rob Strong ’04)

Chair of the Department of Anthropology. Co-founder of a nonprofit that does grassroots development work in the Himalayas. Former Fulbright fellow and trekking guide in Nepal. Much of Sienna Craig’s career path has taken her to great heights, literally. Craig earned her MA and PhD in cultural anthropology from Cornell, with a focus on the social study of medicine, traditional Asian medical systems, and global health. In a recent conversation, Craig talked about her path to anthropology, her next book project, and where she feels most alive.

You’ve lived in Nepal and Tibet for over four years, and return about once a year. Can you remember what it was like at age 19, as a religion major at Brown, to first experience Nepal?

Part of what I loved about my initial experience in Nepal was that for the first time I felt like I was appropriately scaled in the world. Here was this little human and here was the world around me, these incredible mountains and the people who have figured out how to survive and thrive in such a landscape. It was a humbling and deeply influential experience. Diving into Nepali language, culture, and history, and then being unleashed to do an independent project that I cared about set me on the path of anthropology. That was the gateway to a discipline, but also a set of relationships with people and a place that continues now, 23 years later.

From a medical anthropologist’s perspective, how does one even begin to address the mass suffering caused by the recent earthquake in Nepal?

I can honestly say that my world shifted when I woke up on April 25 and learned about the earthquake. The suffering is tremendous. Nepal will not be the same after this event. Nepali people are incredibly resilient, but they have also been through so much—a civil war, tremendous political instability.

My first thought was for the people I love—people who are family, if not by blood. But then the reality settled in and I began to think more broadly about the total devastation to individual lives, places of such beauty, cultural touchstones. I also began wrapping my head around the ways that this quake—a “natural” disaster—will have many profoundly uneven social impacts on the rural and urban poor, women and children, those of lower caste. These folks are bearing the greatest weight from this tragedy.

I’ve also helped work on a WHO response to the mental health issues raised by this event, as they relate to the communities in Nepal’s high mountains that I know best.

What is your involvement in aid efforts, and do you and your husband and Dartmouth colleague, Ken Bauer, have advice for those who want to contribute to the relief effort?

Ken and I began mobilizing immediately. First this was just through various forms of social media, trying to learn who was OK, what the damage was. Soon thereafter we turned toward connecting with the small but very vibrant and passionate Nepali community of students and staff at Dartmouth.

We helped to convene an initial meeting in which the goal was broadly about awareness raising. Since that time, we’ve been working nonstop on various forms of relief efforts as well as engaging Dartmouth students, faculty, and alums in conversations about how Dartmouth can work in collaboration with Nepali grassroots initiatives and individual communities to rebuild.

We are exploring several links, including possible partnerships through Dartmouth Humanitarian Engineers at Thayer. The Dartmouth Nepali students have been incredible. If there is one silver lining to all of this, it has been getting to know them better.

You and your husband co-founded the nonprofit DROKPA (“nomad” in Tibetan). Why an NGO?

Ken and I decided to start DROKPA at a time of massive political change in Nepal and the region generally, and a time that might be called the NGO-ization of various forms of development and civil society work. We had been able to experience different versions of this thing we call “development,” operating at different scales with varying degrees of success. We had many questions about how best to address social needs and let such work be driven most by the specifics of local communities—places not without their complexities, but where the stakes are highest for people. Ken and I both realized that, while large-scale development has its place, there also was resource waste and ethical questions raised in the villages that we knew and cared about. Our desire was to directly engage with places we already knew well. “How can we, with a small amount of money, do things to catalyze locally different forms of social change, particularly in education and health?”

Your teaching and research focus on the social study of medicine, how illness and health are both a social and a biological experience. Can you elaborate?

For centuries, humanity has tried to figure out ways to explain and address suffering. What I do is to try to understand those cultural and scientific strategies. How do people make decisions about care? What about the ethics and the values that shape medical systems? How do we think about efficacy—what we mean when we say a medicine “works”? It is far more than a single mechanism or an active ingredient. I also love working with people who are not anthropologists but who are open to what this perspective brings to the world.

To give an example from the Dartmouth class I co-teach with infectious disease doctor Tim Lahey on HIV: One week we look at how HIV kills on the cellular level; the next week we look at how HIV kills from the perspective of structural violence, social suffering, the politics of marginalized communities. This, to me, is interdisciplinarity and medical anthropology at its best—putting micro and macro together in ways that ask students to think about how culture influences biology, how politics shapes an epidemic. It is particularly meaningful to put these things together for a generation of students who grew up, unlike me, at a moment when HIV is something that people tend to think about as happening “over there” or no longer a death sentence.

Let’s talk about your next book project, which looks at the migration of people from highland Nepal to New York City. Why this subject?

Mustang is the part of Nepal where I spent the most time, and my favorite place on Earth. I like to describe it as ”the Southwest on steroids," with the Himalayas in the background. This project is the logical next step in what is now a two-plus-decade commitment to Mustang and its people. There are about 10,000 people from the culturally Tibetan part of this Nepali district, and over the last 10 to 15 years, more than 2,000 have migrated to New York City. I’ve tracked that migration. I have friends and people who are like family to me in both of those places. My next book will focus on these stories of migration, citizenship, and belonging.

You’ve written a children’s book and other creative works. Do you have a favorite genre?

I think poetry is the form of writing I love the most. Poetry is the crux of things. I find often it’s a way for me to be most fully who I am, even though it’s neither a simple nor an easy form of writing. It is about detail and paying attention, like ethnography. But a poem is differently honest. It distills. It helps me focus.

You have a busy professional life. What do you do to relax?

If it’s not going to Nepal and doing fieldwork—which is not particularly relaxing but is deeply energizing—then it’s my yoga practice. It’s a way to slow down, to find spaces of pain or discomfort that you can breathe into in new ways; to find a gentleness with yourself. I also learn a lot about teaching in the classroom from the exceptional yoga teachers that I work with here.