Dartmouth Now launches a series of student profiles with thoughts from Jeremy Whitaker ’15 on being a performer and a poet. 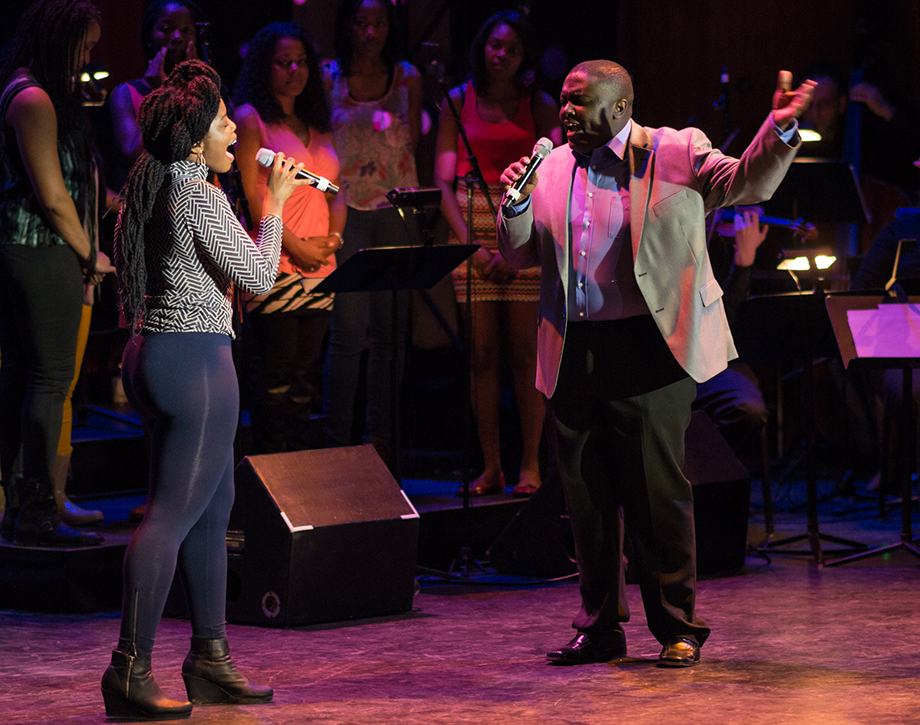 I’ve been performing since kindergarten.

But there have been moments in my performance history that have caused me to reconsider what it means to truly perform and express my own artistic vision, and from that reflection, I realize that each performance is a new beginning. 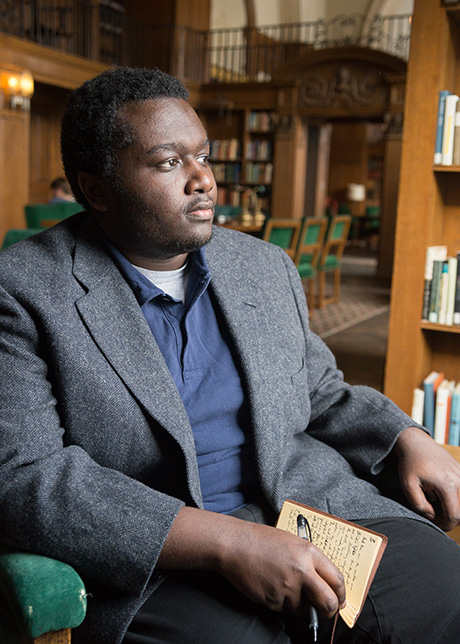 I’m grateful for the academic opportunities at Dartmouth that allowed me to experiment with and pursue my artistic interests.

I started to take writing more seriously in my “Senior Workshop in Poetry” class this past fall. There are aspects to both writing and singing that are textured, tonal, and rhythmic; yet both art forms have their own points of distinction, and when I get to locate and play with these points of distinction, it allows me to stumble upon and experiment with art forms that use words and the voice in interesting ways.

I like to bring a musical sensibility to the poem and a poetic sensibility to music. So while singing and writing are distinct categories, one can play with the similarities between those categories in various ways.

I’ve sung in the Dartmouth College Gospel Choir, and I grew up as an active member in my church, so aspects of my creative writing interpolate episodes from the Bible. Since taking an English literature course on Ovid’s Metamorphoses, I’ve been incorporating more mythology into my work. For my final project in that class, I sang and supplied program notes for a song from Christoph Gluck’s opera Orfeo ed Euridice.

I performed that song in my senior voice recital, which included readings of my own poems and a performance of the Songs of Travel, a song cycle of poems written by R.L. Stevenson and set to music by Ralph Vaughan Williams.