H. Gilbert Welch on the Nuances of Medical Care 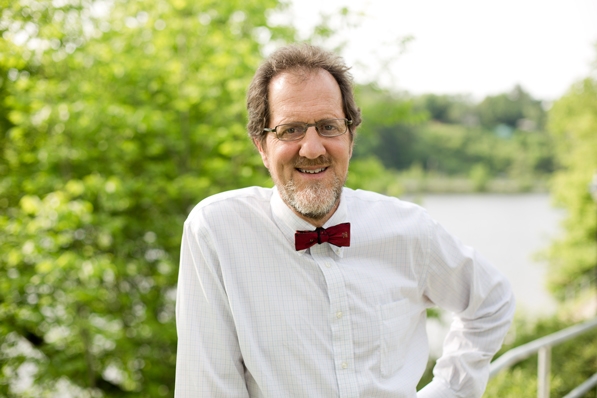 “I have a strong respect for clinical medicine,” says Dartmouth’s H. Gilbert Welch. “I did it for many years. But I’ve always recognized that we can create as many problems as we solve.” (Photo by Rob Strong ’04)

H. Gilbert Welch, a professor of medicine at The Dartmouth Institute for Health Policy and Clinical Practice and the Geisel School of Medicine, focuses on the problems created by medicine’s efforts to detect disease early. He is the author of several books, including Overdiagnosed: Making People Sick in Pursuit of Health and, most recently, Less Medicine, More Health: 7 Assumptions That Drive Too Much Medical Care. He recently spoke with Dartmouth Now about his life and work.

What does H. stand for?
Handsome.

I almost fell for it.
Honorable. No, Henry. My mother descends from Gilberts. She named me after a distant ancestor, Henry Lathrop Gilbert, but she didn’t particularly like “Henry,” so she called me Gil.

In your latest book, Less Medicine, More Health, you describe very tenderly your father’s death from colon cancer. You were in medical school in Cincinnati at the time.
I was a first-year medical student.

Did his death influence your decision to focus much of your research on cancer screening?
Not really. His death made me care about caring for people who are dying. He happened to have a really good oncologist who knew how to back off. It was palliative care before the word existed. And Mom played a big part because she was his nurse. She was very strong in the hospice movement, which was brand new.

Do you think we’re getting better at helping people die?
A little better. It’s still awfully hard, in part because I don’t think we are as frank with patients as we should be about what’s futile and what might hurt people, because we’re so technologically intensive.

Would you describe yourself as a practicing physician or as a debunker of prevailing medical myths?
Oh, somewhere in between. I have a strong respect for clinical medicine. I did it for many years. But I’ve always recognized that we can create as many problems as we solve. I’m trying to communicate a healthy respect for the nuances of medical care: Some is good, but more is not necessarily better.

You’ve taken some flak for that.
Yes, I have. But far and away the most flak I ever get is on the topic of breast cancer screening, mammography—what we call the “third rail of screening.” No one wants to touch it, sort of like Social Security, because of its history, its widespread promotion, and its connection to the women’s movement in the ’60s and the ’70s.

A letter to the editor some time ago in The New York Times chastised you, saying: “Early diagnosis and better treatment are partners. Would Dr. Welch or any rational person ignore a likely cancer on a mammogram and wait until it grows into a large mass while it possibly spreads throughout the body?” How do you answer?
First, because it is so hard to ignore something once you’ve been told something is wrong, I’ve always tried to move the question upstream. The question should be: How hard do you want us looking for something to be wrong? The net effect of screening on longevity is, at best, very small; the harms of anxiety, false alarms, and unneeded treatment are considerably more common. Some argue that mammography is a public health imperative, and that’s ridiculous—it’s a choice.

The saddest part of the mammography story is that, despite 30 years of screening in this country, the rate at which women present with metastatic breast cancer hasn’t changed. We can’t seem to find the most aggressive, fastest-growing cancers early.

Perhaps we should move on to other topics.
I’m happy to move on, because breast cancer screening is not central to who I am. It just happens to be what I’m best known for.

What is central to who you are?
What’s central is this question: To what extent should we be trying to get ahead of disease, and what are its side effects?

The motto of your professions is: First, do no harm.
Absolutely.

And you’re trying to communicate another message whose motto might be: “Second, know the harm.”
Yes. You have to think about anticipatory medicine as having two tails. “Two tails” is a statistical reference; it can go either way.

What brought you to Dartmouth?
I came to Dartmouth because of Jack Wennberg (TDI’s emeritus director). I was teed up to stay at the University of Washington, where I got my public health degree. Then, sort of late in my final year, one of my mentors said, “You know, there’s a job at Dartmouth you might want to just look at. It’s always good to look.” My wife and I liked the idea of being in a small town; that was very appealing.

You’ve lived in a lot of places—Colorado, Massachusetts, Ohio, Wyoming, Pennsylvania, Alaska, Utah, Washington, and now Vermont . . .
Yes, I have. I love this country. I’m a proud American, even though I beat up on our health care system.

In Less Medicine, More Health, you refer to your prescription, which is, “Strive to live, not avoid death. It’s personal.” How do you strive to live?
Well, this is a value judgment, let’s be clear. I don’t want to devote my life to trying to avoid death.

Technology has moved on since the days of steam railways. But you’re skeptical about a lot of medical technology and gizmos, like Fitbit, that monitor health.
As I say in the book, we’re confusing data with useful knowledge. The idea that we’re all going to want to know our genomes, and whether or not we like broccoli based on our genes—how crazy is that?

New York Times columnist David Brooks talks about “resume virtues” and “eulogy virtues” in his book The Road to Character. Your resume virtues are obvious. What would you like your eulogy virtues to be?
Oh, being a good teacher would be really important to me, and that students felt that a) I put in some effort and b) the classes were demanding, creative, and fun.