Dartmouth news caught the attention of readers and media outlets around the globe in 2015, with more than 781,000 page views of stories, videos, and photo slideshows on Dartmouth Now, the College news site. As 2015 draws to a close, the Dartmouth Now team looks back at about 930 stories we published in 2015 and selects the year’s top stories.

To keep up with the news in 2016, subscribe to email updates from Dartmouth Now, and you’ll receive a list of the previous day’s stories published on Dartmouth Now, and to Vox Weekly, a digest of what’s going on each week on campus.

President Phil Hanlon ’77 began 2015 by introducing his Moving Dartmouth Forward Plan to address high-risk behavior on campus and create a safe and inclusive environment in which students can live and learn. A cornerstone of the plan is a new residential life model, designed to transform the undergraduate living experience, bring more continuity to students’ on-campus living experiences, and present greater opportunity for faculty-student interaction beyond the classroom. Read more about the new house communities and the MDF initiative.

Political commentator and critically acclaimed author David Brooks delivered this year’s commencement address. “It’s the things you chain yourself to that set you free,” he told more than 1,800 graduates in a speech that has been read or listened to online more than 40,000 times. Twelve students received top honors this year, as the College recognized four valedictorians and eight salutatorians.

3. Alumni and Others Give Generously to Advance the Academic Enterprise

Dartmouth alumni and others this year gave generously to the College to advance President Hanlon’s work to strengthen academic engagement. The gifts represent significant investment in the president’s vision of deploying cross-disciplinary faculty teams to take on some of the world’s greatest challenges and in the College’s efforts to bring the brightest students to Dartmouth.

4. Thayer Engineers Team Up With Football to Create Tackling Dummy

A robotic tackling dummy developed by the Thayer School of Engineering and Head Football Coach Buddy Teevens ’79 took to the field and the stage, as the device’s creators appeared—with the dummy—on The Late Show with Steven Colbert. But that wasn’t football’s only big success this season. The team won a share of the Ivy title for the first time since 1996. Speaking of champions, two other varsity teams took top Ivy honors this fall. Women’s rugby topped the Ivy League in the team’s first year as a varsity sport, while men’s soccer took the league title for the second consecutive year. Then there was men’s club rugby, which also won the Ivy title for the ninth consecutive year.

5. Dean of the College and Tuck Dean Are Key Appointments

Two deans were appointed this year to leadership positions at the College. Spanish and comparative literature professor Rebecca Biron was named Dean of the College in June. She is directing implementation of the new residential house communities. Matthew Slaughter, a scholar of international economics and an expert in globalization, took the helm as the new dean of the Tuck School of Business on July 1.

The highest percentage of first-generation college students in recent years are part of the Class of 2019, some 1,115 students who arrived at Dartmouth in August. We’re busy putting together the Class of 2020, and this month offered admission to 494 early decision applicants.

Five rising scholars were named in April as the inaugural members of the Society of Fellows, a program created by President Hanlon, who notes that the society will bring their intellectual energy and new ideas to campus. The fellows work with seven veteran faculty members who serve as mentors.

Look back at a pair of Dartmouth most beloved traditions—fall’s Homecoming celebration, including building the bonfire and Winter Carnival.

A number of faculty members made news this year, including paleoanthropologist Jeremy DeSilva, a member of an international team of more than 60 scientists who found over 1,550 fossils of a new human ancestor in Rising Star Cave in South Africa; math and computational science professor Daniel Rockmore, who curated a collection of prints based on mathematical expressions produced by eminent scientists and mathematicians; Dr. Seuss biographer and English professor Donald Pease, who was in the news commenting on a new book by the late Theodor “Dr. Seuss” Geisel ’25; music professor Steve Swayne, whose opera course was the third MOOC on the DartmouthX platform; and computer science professor Hany Farid, who led research that helped refute one of the most famous conspiracy theories in U.S. history. Read more about faculty research and teaching in the Focus on Faculty interview series.

The College is exploring the transition to an administratively independent School of Graduate and Advanced Studies, which was the topic of town meetings on campus this fall.

11. Dartmouth a Stop for Presidential Hopefuls

Every four years, students get a look at retail politics as Hanover and the College are campaign stops for presidential candidates of both parties making their way through the first-in-the-nation primary state. See who has been to Hanover, and what faculty experts are saying about the race.

Geisel School of Medicine student Shreya Shrestha flew into Kathmandu in May on a relief mission following the April 25 earthquake, arriving hours before a second powerful quake struck the country. Shrestha is part of Dartmouth for Nepal, a group of students and professors from the College and Geisel as well as Upper Valley residents, working in the country and on campus to provide aid following the disaster. 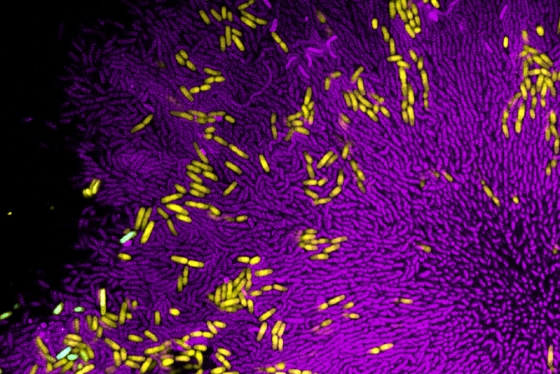