By Anne Kapuscinski and George Leonard

Anne Kapuscinski is a professor of environmental studies and the Sherman Fairchild Distinguished Professor in Sustainability Science at Dartmouth. George Leonard is the chief scientist at the Ocean Conservancy. 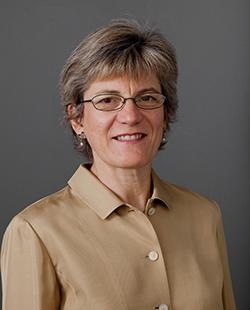 “Genetically engineered plants have been in use for 30 years, but engineered animals for human consumption are entirely novel,” writes Professor Anne Kapuscinski. (Photo by Joseph Mehling ’69)

Genetically engineered salmon: a turning point for the future of seafood?

If you care about your food and its environmental sustainability, you should be concerned about the U.S. Food and Drug Administration’s approval, on Nov. 19, of a faster growing, farmed Atlantic salmon—the first genetically engineered animal approved for human consumption. This new “GE” salmon presents significant environmental, policy, and consumer rights concerns, and the FDA’s action has potentially profound implications for the future of fish and sustainability of our oceans.The FDA approved an application by U.S.-based AquaBounty Technologies to commercialize its genetically modified salmon, a fish touted as growing twice as fast as regular farmed Atlantic salmon. This approval allows the company to produce genetically engineered salmon eggs in Canada, fly them to a land-based facility in Panama to grow the fish to market size, and then transport the resulting processed fish back to the United States for sale to consumers. This circuitous process is not the company’s long-term business model, however, as AquaBounty has signaled it would like to farm its GE salmon close to population centers in the U.S. and indeed throughout the world. 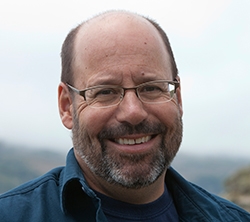 George Leonard is the chief scientist at the Ocean Conservancy. (Courtesy photo)

During the approval process, my co-author and I and other independent scientists brought this information before federal regulators to little avail. Most significantly, the FDA failed to utilize updated techniques to quantify the chances of AquaBounty’s salmon’s escaping to freshwater streams and ocean habitats, to assess environmental impacts of any escapes, and to understand uncertainties. Federal decision-makers stopped short of requiring “quantitative failure mode analysis” of the confinement system. They relied instead on qualitative failure analysis of the Canadian hatchery and accepted the company’s assertion that the fish will never escape from the land-based farm in Panama. This undermines credibility of this application and shakes our faith that the FDA will require more scientific rigor in future, more risky applications. The future of GE fish farming will surely involve larger fish farms, with less confinement, in many different environments. The FDA missed the opportunity to earn public trust in how it will regulate new applications for GE animal applications.

Beyond the scientific weaknesses, the process used to evaluate these GE salmon is deeply flawed. As the lead agency, the FDA considered the fish’s engineered gene an “animal drug,” shoehorning a novel species of animal into laws originally designed to test the efficacy and safety of pharmaceutical drugs. The Coordinated Framework for Regulation of Biotechnology that set up this process in 1986 is itself now undergoing review by the Obama administration to determine if the framework adequately addresses environmental and human health concerns.

The FDA’s decision essentially slipped the GE salmon under the wire before this process could lead to consideration of any needed changes to the Coordinated Framework. Furthermore, the drug regulations require the FDA to keep future applications for other engineered animals confidential; the agency can give the public an opportunity to comment on future applications and environmental assessments only if the applicant so chooses. The precedent-setting approval of AquaBounty’s genetically engineered salmon thus paves the way for future uses of this technology in more fish and other animals without any guarantee that the public will be made aware of these products in the U.S. food supply.

All of which brings us to labeling. In this age of information, global consumers are increasingly capable of making informed decisions based on truthful and accurate labeling, whether it is for holiday gifts for loved ones or food in the grocery store for their families. But the FDA has refused to require AquaBounty to label its GE salmon, instead giving retailers the option to voluntarily label the seafood if they choose. Seafood retailers will likely see little reason to do so, given that recent polling has found that upwards of 75 percent of U.S. seafood consumers would avoid GE salmon if they had the information to do so.

Given weak market demand and broader concerns about the fish, a host of influential grocery chains, from Whole Foods and Target to Trader Joe’s, have declared they will not sell GE salmon. If GE salmon really is a better fish, as its proponents maintain, we recommend it be clearly labeled in the marketplace, so consumers can use their purchasing power to register their support—or lack thereof—for this new technology.

As many as 35 other species of genetically engineered fish and shellfish are waiting in the wings, their developers carefully watching what happens with AquaBounty’s salmon.

Should this first GE salmon withstand the legal challenges that are coming in U.S. courts, it very well may pave the way for a future where genetically engineered seafood is commonplace. But the approach taken by the FDA to date gives us little confidence that the broader environmental implications of this potential turning point for the globe’s food supply have been adequately considered.

Read Kapuscinski’s comments to the FDA on AquaBounty’s application.