F. Jon Kull ’88 is dean of the first new school Dartmouth has established in over a century. 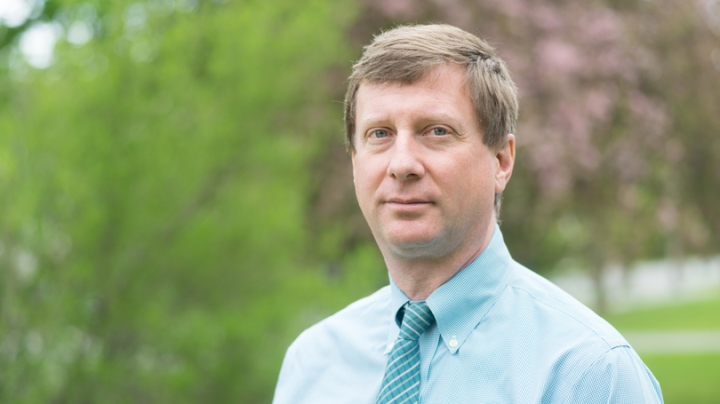 On the fourth floor of 37 Dewey Field Road, in a small lobby at the end of a corridor, hangs a large glass plaque etched with the words “Dartmouth Graduate Studies.”

“That’s going to have to change,” says the dean of graduate studies, F. Jon Kull ’88.

In its place there will soon be a different sign with a longer name: School of Graduate and Advanced Studies at Dartmouth (GRAD). The change is historic. On July 1, Dartmouth will open its first new school in over a century. (The Tuck School of Business was launched in 1900.) On the same day, Kull will become the graduate school’s inaugural dean, reporting directly to the provost.

“It’s an administrative shift, and it’s also a big symbolic shift,” says Kull. And it will have an impact, bringing more resources to graduate programs. Starting the school, Kull says, reinforces the fact that Dartmouth is a place where many faculty do groundbreaking research alongside graduate students and postdoctoral scholars.

The new graduate school will bring together approximately 800 students who are currently spread throughout 16 PhD programs and 12 master’s programs. More than 200 postdoctoral scholars will also be supported under the GRAD umbrella. GRAD faculty will remain affiliated with Arts and Sciences, the Geisel School of Medicine, Thayer School of Engineering, and Tuck. The new graduate school will offer its own professional development seminars and other events where postgraduate scholars can meet and exchange ideas. 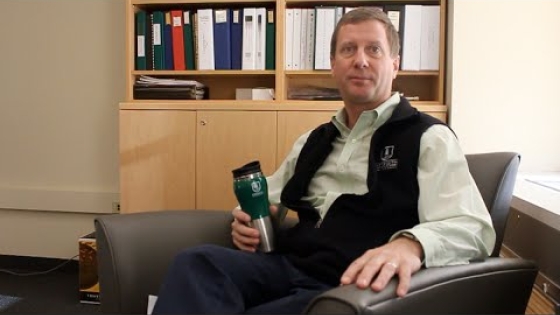 “We want to leverage Dartmouth’s historic strengths as a liberal arts institution to make sure that graduate students and postdocs are trained not only in their fields, but also more broadly as communicators, with the possibility of interdisciplinary study,” says Kull, the Rodgers Professor of Chemistry. He also plans more outreach to connect students with alumni in their chosen fields.

“My job is to support the programs students and faculty want, and advocate for those programs. And also to make sure that they are robust and strong, and that we are doing regular reviews,” he says.

Starting a new school on a college campus usually means adding layers of administration, but in this case, says Kull, it’s the other way around, because the new framework will eliminate much of the red tape that is now necessary to make decisions about budgeting and programming.

Kull sees other advantages to consolidation. “There’s a strong graduate student community embedded in various departments and schools, but it has tended to be invisible,” he says. “Having the school gives us a home base without a building.” Although no major construction is planned, Kull says there will be a new lounge where graduate students and postdocs can congregate.

Creating a freestanding graduate school was one of the first proposals President Phil Hanlon ’77 made when he became Dartmouth’s president in 2013. Until now, graduate studies have been overseen by the dean of the faculty of arts and sciences, even though several of the graduate programs and about half of the graduate students reside in professional schools of business, engineering, and medicine, which have their own deans. Hanlon thought it would be better to provide one home for interdisciplinary graduate programs across departments and schools.

More than three years in the making, with input from all campus constituencies, Dartmouth’s newest school comes at the right time, as education and research are becoming increasingly interdisciplinary, says Provost Carolyn Dever.

“Students seeking advanced degrees will continue to find within our departments expert training that will prepare them to be researchers, teachers, and leaders,” Dever says. “That won’t change. What will change is that they will now attend a single graduate school with consistent goals and policies across disciplines and programs.”

Dever expects graduate students will feel more fully integrated into the College community once they get their own school, and Kull agrees. He plans to promote more mentoring between graduate and undergraduate students, and would also like to see more individualized graduate education. “The school can support that,” Kull says, “The future of graduate education will likely see more and more PhD programs that are outside of departmental boundaries.”

But that’s down the road, says Kull. For now, he’s getting ready to take on added responsibilities, including completing and overseeing a newly independent budget.

“We already have excellent graduate programs,” he says. “Now we can build a school on that strong foundation.”