The more than 500,000 images document conditions in the world’s most dangerous places. 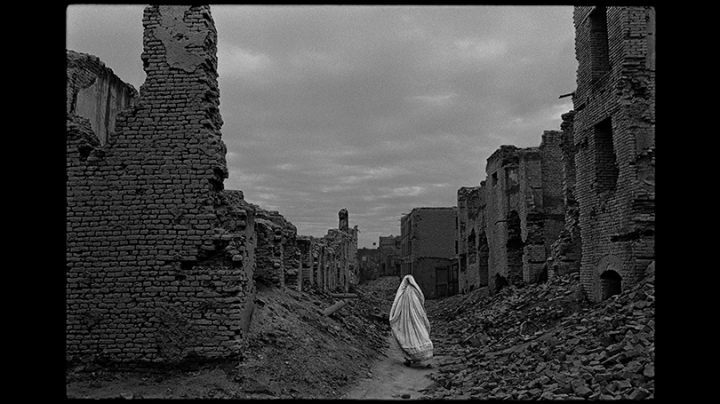 Kabul, Afghanistan, 1996--During the Afghan Civil War one-third of Kabul was totally destroyed by artillery and rocket fire. This picture of the central business district was made as the capital was being besieged by the Taliban. (©James Nachtwey Archive, Hood Museum of Art, Dartmouth)
9/06/2016
Body

The Hood Museum of Art at Dartmouth has acquired the complete archive of award-winning photojournalist and war photographer James Nachtwey ’70, who has spent more than 35 years documenting conditions in some of the world’s most dangerous conflict zones.

Nachtwey’s archive—made up of more than 500,000 images—bring to the College a photography collection of great historical significance, encompassing every photograph taken by Nachtwey over the course of his career (including numerous unpublished photographs and negatives), along with all future photographs taken between now and the end of his working life.

“I hope that my archive will inspire future generations—in all fields, as well as future photographers—to approach the world with the same global perspective and concern for human dignity and social justice that I have sought to convey through my work,” says Nachtwey, who is in residence at Dartmouth as a provostial fellow.

“My time on campus has reinforced my inherent appreciation of Dartmouth’s abiding commitment to these values, which—along with the Hood Museum of Art’s exemplary educational infrastructure—makes the school an ideal home for my archive,” he says.

Nachtwey’s archive give Dartmouth a collection of historical significance, encompassing every photograph taken by the photojournalist over the course of his career, along with all future photographs taken between now and the end of his working life. (Photo by Eli Burakian ’00)

“It is hard to over-estimate the teaching value of the Nachtwey archive,” says John Stomberg, the Virginia Rice Kelsey 1961s Director of the Hood.

“James Nachtwey has traveled the globe for decades with an unparalleled eye for the human side of world affairs. He tells stories photographically that delve deep into the underlying issues at hand while treating his subjects with compassion and respect. He is deservedly recognized for the visual impact and emotional depth of his photography,” says Stomberg. “The archive transforms the museum into a center on campus where the intersection between photography and society can be studied in depth.”

Nachtwey will help catalogue his archive. He will also work on new publication projects, teach, lecture, and work on an oral history of his career. He will collaborate with museum staff, faculty, and students to enrich a wide variety of academic pursuits on campus.

Engagement in Every Academic Department

One of the leading photojournalists of his generation, Nachtwey has amassed an important body of work that documents violent conflict, political strife, natural disasters, global poverty, and public health issues throughout Central America, the Middle East, Africa, Eastern Europe, Asia, and the United States.

The historical and geographic breadth of Nachtwey’s archive offers substantial opportunity for engagement with nearly every academic department at Dartmouth, which will be supported by the development of digital resources and by extensive exhibition and educational programming at the museum and at other campus centers.

Dartmouth will look for ways to support cross-disciplinary study of this important collection and establish the museum and Dartmouth as one of the world’s leading institutions for the study and exhibition of photojournalism.

The Hood’s existing photography collection includes three of Nachtwey’s most iconic photographs: Rwanda (1994), which shows a Hutu man disfigured by a machete; San Miguel Province, El Salvador (1984), depicting the horrors of the civil war in El Salvador; and World Trade Center (2001), Nachtwey’s firsthand account of the attacks on September 11, 2001.

James Nachtwey was born on March 14, 1948, in Syracuse, N.Y., and grew up in Massachusetts. In 1970, he graduated from Dartmouth, where he completed majors in art history and government. In 1976, he started work as a newspaper photographer in New Mexico, and in 1980 he moved to New York to begin a career as a freelance magazine photographer. His first foreign assignment was to cover civil strife in Northern Ireland in 1981 during the IRA hunger strike.

He has had solo exhibitions at numerous museums and galleries, including the International Center of Photography in New York, Bibliothèque Nationale de France in Paris, Palazzo delle Esposizioni in Rome, Museum of Photographic Arts in San Diego, El Circulo de Bellas Artes in Madrid, FOAM in Amsterdam, Carolinum in Prague, and Hasselblad Center in Sweden, as well as many other venues.

In 2012, he was awarded the Dresden Prize, given annually to individuals who have devoted their work to helping prevent violence. In May of this year, Nachtwey was named the 2016 recipient of Spain’s prestigious Princess of Asturias Award for Communication. He is also the subject of the Oscar-nominated documentary film War Photographer, directed by the Swiss filmmaker Christian Frei and released to critical acclaim in 2001.

Description
The $100 million STEM-X initiative announced Tuesday night by President Philip J. Hanlon ’77 “to improve the success and leadership of historically underrepresented groups” in science, technology, engineering, and math is highlighted. It includes a $25 million gift from Penny and...
The Boston Globe
Articles