The former assistant secretary of energy will speak at the Irving Institute’s first sponsored event. 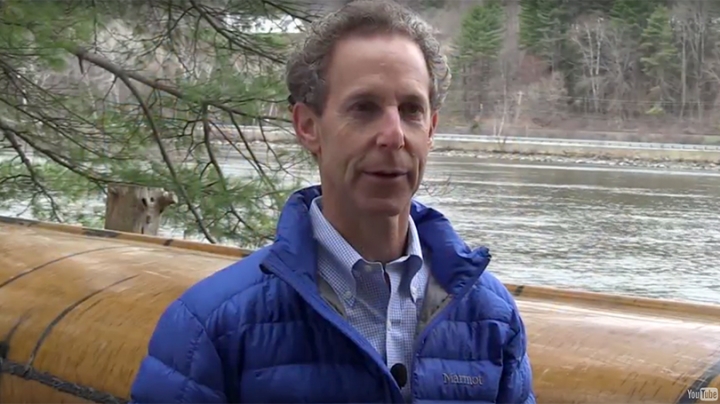 Dan Reicher ’78 served as assistant secretary of energy for energy efficiency and renewable energy during the Clinton administration.
10/11/2016
Body

Dan Reicher ’78, the executive director of the Steyer-Taylor Center for Energy Policy and Finance at Stanford University, will speak on “Energy and Society” on Friday, Oct. 14—the first public event sponsored by the Arthur L. Irving Institute for Energy and Society, which was launched last month.

Reicher, who served as assistant secretary of energy for energy efficiency and renewable energy during the Clinton administration, will discuss critical themes at the junction of energy and society, drawing on specific issues around energy efficiency, wind power, carbon capture, and nuclear power to address the topic from different perspectives. His talk begins at 1 p.m. in the Georgiopoulos Classroom at the Tuck School of Business.

Robert Hansen, the Norman W. Martin 1925 Professor of Business Administration at Tuck and chair of the task-force leading the start-up of the new institute, calls Reicher “an ideal first speaker.”

Reicher began his career in public service as a staff member on the President Carter-appointed commission, led by Dartmouth president John Kemeny, that investigated the nuclear disaster at Three Mile Island in Pennsylvania. He has also advised the Obama administration on energy and the environment.

In the private sector, Reicher directed climate change and energy initiatives at Google from 2007 to 2011. Before that, he served as president and co-founder of New Energy Capital Corp., a private equity firm investing in clean energy projects, and was executive vice president of the renewable energy company Northern Power Systems. He earned his law degree from Stanford Law School, and studied at Harvard’s Kennedy School of Government and MIT.

As an undergraduate at Dartmouth, Reicher used an off-term to join the first expedition to kayak the 1,888-mile Rio Grande, sponsored by National Geographic—an adventure he recalls in a 2015 video filmed for a Dartmouth Explorers Symposium hosted by the Ledyard Canoe Club and Dartmouth Outdoor Programs (his story begins at 3:29). Later he joined the first group to paddle the length of China’s Yangtze River.

“Dan is an example of the kind of committed alumni that Dartmouth has in the world of energy and society, across the spectrum, who want to give something back to the College,” Hansen says. “That is a strength that Dartmouth has that nobody else can match, and the institute will leverage that.”

Hansen hopes Reicher’s visit will engage a broad spectrum of the Dartmouth community, from business and engineering students to undergraduates interested in environmental studies and sustainability. Organizers have also invited students and faculty from the Vermont Law School.

Reicher will meet over dinner with a small group of undergraduates and Tuck students the evening before his talk. He will also meet with faculty interested in energy and society and the development of the Irving Institute.

“We will be picking his brains about what the institute could be, drawing on Dan’s knowledge of both Stanford and other universities and the energy world,” says Hansen.

The Irving Institute was launched this fall, thanks to a gift from Arthur and Sandra Irving and their daughter, Sarah ’10, Tuck ’14, with a mission to improve understanding of the issues that connect energy and society and to drive the creation of ideas, technology, and policy to make energy both more available and more efficient.

Hansen says the institute’s first year will be dedicated to “building momentum and excitement around the theme of energy and society” on campus, and to hiring an inaugural director.

“We’re trying to build faculty and student engagement to start helping us flesh out what activities the institute should engage in, and also to give an incoming director a sense of what’s possible,” Hansen says. “The institute will have a lot of resources, and the question is going to be how best to deploy those resources to achieve the mission, which is great scholarship and great learning opportunities.”

Reicher’s visit is co-sponsored by the Center for Business, Government, and Society at Tuck; the John Sloan Dickey Center for International Understanding; the Nelson A. Rockefeller Center for Public Policy; the Office of Sustainability; the Revers Energy Initiative; and Thayer School of Engineering.