Michael Pollan: ‘How Cooking Can Change Your Life’

The author and localvore advocate will give a keynote talk on campus Oct. 24. 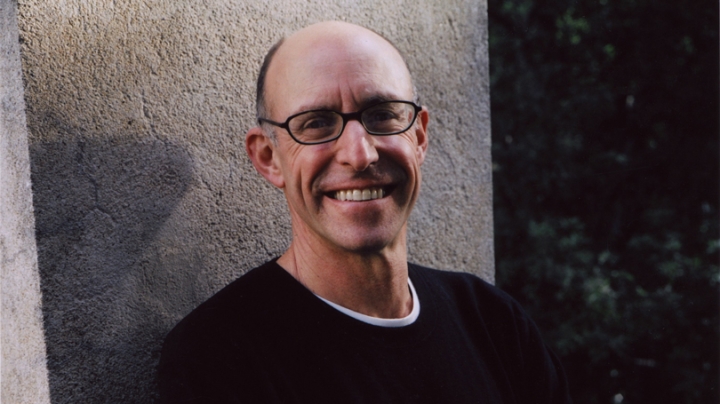 Michael Pollan will talk about food policy and about his latest book, Cooked: A Natural History of Transformation, on Oct. 24 in the Hanover Inn’s grand ballroom. (Photo by Ken Light)
10/19/2016
Body

“Eat food. Not too much. Mostly plants.” That’s what writer Michael Pollan told readers of The New York Times Magazine in 2007. After nine books and many articles, he still holds to that maxim. Pollan wants people to take control of their diets, choosing, when possible, to cook for themselves locally grown fresh foods rather than reaching for processed products sold by what he calls “Big Food” corporations.

On Oct. 24, Pollan, the Knight Professor of Science and Environmental Journalism at UC Berkeley Graduate School of Journalism, will deliver the keynote speech at Dartmouth’s “Food Day” celebration. His talk, “How Cooking Can Change Your Life,” which begins at 7 p.m. in the Hanover Inn's grand ballroom, caps a two-week series of food-related events organized by students with help from Dartmouth Dining Services, the College Health Service, and the Environmental Studies Program.

Pollan will base his lecture on his most recent book, Cooked: A Natural History of Transformation, which has spawned a Netflix documentary series. He’ll also address a wide range of other topics.

Pollan began writing about food in his late 20s, when he was a novice gardener. “It was a disaster,” Pollan recalls. “I had a romantic idea of wild nature. I didn’t have a fence. I didn’t weed. I thought I could get along with weeds and varmints. But of course you can’t.”

As he honed his gardening skills, Pollan realized “that most Americans who write about nature study wild nature, but wouldn’t it be interesting to go to a cultivated place and write about nature?  So I did, and that became my first book, Second Nature.”

In the books that followed, including Food Rules: An Eater’s Manual (2010); In Defense of Food: An Eater’s Manifesto (2008); The Omnivore’s Dilemma: A Natural History of Four Meals (2006) and The Botany of Desire: A Plant’s-Eye View of the World (2001), Pollan explores the places where nature and culture meet—in farms and gardens, in supermarkets, kitchens, on dinner plates. He examines the way human beings and plants interact along the food chain, and he occasionally sees the world from the plant’s vantage point. In The Botany of Desire, a two-hour documentary on PBS, Pollan singles out four subjects of human yearning: sweetness, beauty, intoxication, and control, and selects four plants that satisfy those cravings: the apple, the tulip, marijuana, and the potato.

“Sometimes capitalism comes between us and our botanical desires,” Pollan said. “Somewhat by choice, and somewhat by government policy—because the economy needed more factory workers and urbanites—America replaced labor in the food system with technology, hybrid seeds, chemicals, and machines.”

But Pollan says he has been pleased to document a return to organically grown, home-cooked food. In Cooked: A Natural History of Transformation (also a Netflix documentary series), he learns from culinary masters how four elements—fire, water, air, and earth—can be transformed into nourishing meals that also help bolster local food systems. At Dartmouth, he plans to talk about the power of good cooking, which he says is a popular topic on his college campus lecture circuit.

“Food offers millennials a lot of things that they’re looking for,” he says. “Community, connection to nature, and a sense of agency.” While many of the problems facing civilization today, such as climate change and environmental degradation, may seem overwhelming, Pollan urges people to take daily meals into their own hands. “You can vote with your fork, you can plant a garden, you can help heal yourself with food.”

Pollan has won many awards for his writing and activism, and was named to the 2010 TIME 100, the magazine’s list of the world’s 100 most influential people. He has spoken at Dartmouth before and says he is looking forward to coming back.

“The College has had this really strong interest in the environment and agriculture for many years, and I have happy memories of speaking to a very informed and avid audience,” he said. He’s also eager to sample fall bounty from the organic farm. “Beets, carrots—if you’ve had a frost by the time I get there, the root vegetables will be delicious,” he said.