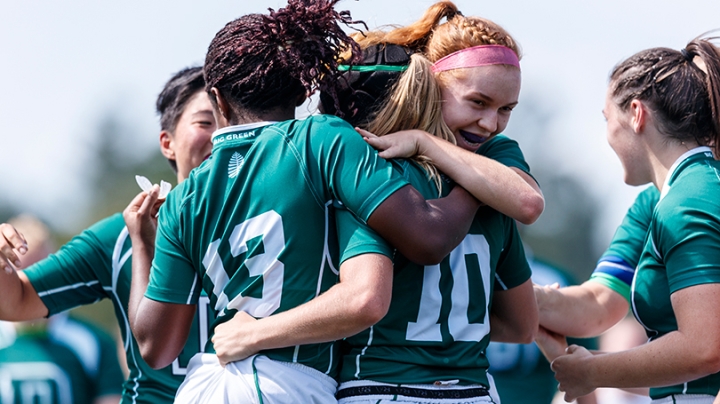 The Dartmouth women’s rugby team used a pair of second-half tries and a stingy defense to capture its second straight Ivy Rugby title Sunday afternoon. The top-seeded Big Green scored two quick tries to defeat Harvard, 14-5, at the Crimson’s Mignone Field and secure their second conference title in as many years since moving to varsity status.

For the second straight year, Dartmouth was held scoreless in the first half of the title game as Harvard notched the lone points of the game with a try as time wound down. Much like last year’s 19-12 championship win against Brown in Hanover, the Green and White responded with timely scoring and a defense that shut down the opposition in the second half.

This year, it was the Crimson who didn’t manage to put points on the board in the second frame, stifled by a collective effort on defense. And while limiting the points at one end of the field, Dartmouth was able to touch down at the other.

The first points came via a penalty try as Isabel Boettcher ’20 was running for the corner, but was pulled down by a high tackle in the 65th minute. The referee and side judge discussed and awarded the Big Green the five points. Kat Ramage ’19 followed with a successful conversion and Dartmouth’s first lead of the game, 7-5.