Dartmouth Begins Search for the Next General Counsel

General Counsel Robert Donin will retire at the end of the academic year. 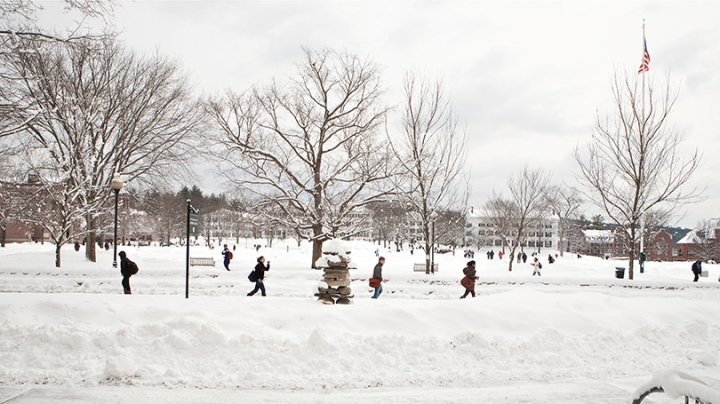 An advisory search committee has been appointed to begin a national search for Dartmouth’s next general counsel to succeed Robert Donin, who will retire at the end of the 2016-2017 academic year after 16 years at Dartmouth.

The general counsel is a member of the Dartmouth’s senior management team and advises the president, the board of trustees, and other officers on a broad range of legal and strategic matters. In addition to directing the day-to-day operations of the Office of the General Counsel, the general counsel supervises three staff attorneys and three support staff, oversees the Office of Visa and Immigration Services, and selects and manages outside counsel.

Donin, who announced his plans to retire in August, has played a key role in a number of important College initiatives, including the board of trustees’ 2007 governance study, revision of Dartmouth’s intellectual property policy, and the creation of the College’s regulatory compliance program.

Donin came to Dartmouth in 2000 from Harvard University, where he had been an attorney in the Office of the General Counsel since 1984, rising to the position of deputy general counsel in 1997.

“Bob has been a trusted adviser and a fierce advocate for Dartmouth. It is a tall order to find his successor,” says Vice President for Communications Justin Anderson, who is chairing the advisory committee. “We have our work cut out for us to recruit a deep, diverse, and distinguished pool of applicants.”

Working with Anderson on the committee are Sonu Bedi, an associate professor of government; Carolyn Dever, provost; Evelynn Ellis, vice president for Institutional Diversity and Equity; Leslie Henderson, dean of faculty affairs and associate dean for diversity and inclusion at the Geisel School of Medicine; Punam Keller, associate dean for innovation and growth at the Tuck School of Business; Richard Mills, executive vice president; and Ben Wilson ’73, a Dartmouth trustee and attorney.

The firm Academic Search will assist with the committee with the search.