Inauguration week panels look at the “Opportunities and Risks” of a Trump presidency. 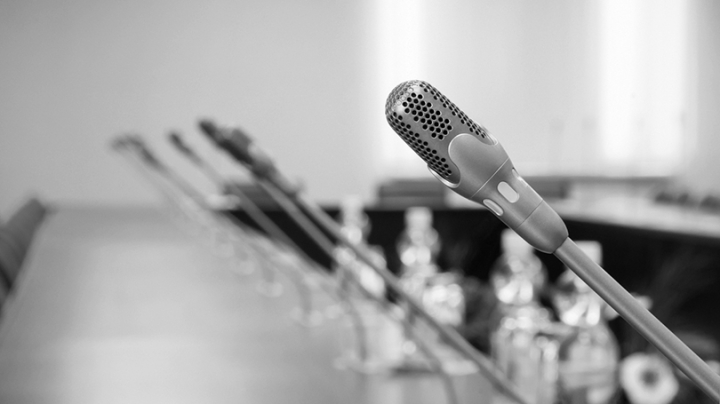 Dartmouth is convening a week of panel discussions leading up to inauguration day that will feature the College’s leading voices on education, immigration, the budget, terrorism, trade, health care, and energy policy, addressing the “Opportunities and Risks” of a Trump presidency.

The panels are organized by four major themes—domestic issues, global issues, health policy, and energy and the environment—to run over four days from Tuesday, Jan. 17, to Friday, Jan. 20, when President-elect Donald Trump takes the oath of office.

“There has been a lot of emotional reaction to the election,” says Tuck School of Business professor Robert Hansen, one of the event’s organizers. “This is a chance to sit down in a more scholarly intellectual way to think about what some of these changes might be, what they should be, and what the implications will be.”

“We've got nationally recognized experts in all these areas on the Dartmouth faculty. What a great opportunity this presents to talk about the issues, think about the risks and opportunities of what might be coming, and highlight our extraordinary faculty,” he says.

Hansen, the Norman W. Martin 1925 Professor of Business Administration at the Tuck School of Business, will moderate the Thursday panel titled “Health Policy: The Future of the Affordable Care Act and Other Possible Changes to Health Policy.”

Andrew Samwick, director of Nelson A. Rockefeller Center for Public Policy and an organizer of the event, says the forums are an opportunity to think rigorously about some of the changes under discussion by the new administration.

“It is important to understand and clarify what your principles are as a scholarly community for evaluating public policy, and other aspects of society, because there’s a sense that these things will be challenged over the next four years,” says Samwick, the Sandra L. and Arthur L. Irving '72a P’10 Professor of Economics and the Social Sciences.

“For example, much is being made over likely changes in immigration policy under the new administration. We happen to have on campus Professor Richard Wright, who is one of the foremost scholars on immigration and communities of immigrants in the United States. We thought it would be interesting to bring to bear his perspective on that,” says Samwick, who is participating, with Wright and others, on the Tuesday panel titled “Domestic Issues: Governance; Immigration; Education; and the Budget.”

Hansen says the work coming out of College centers such as The Dartmouth Institute for Health Policy and Clinical Practice, the John Sloan Dickey Center for International Understanding, and the Rockefeller Center, as well as from the professional schools, will continue to play important roles in shaping public policy, and that Dartmouth plays an equally important role in educating future policy makers.

Dartmouth students’ participation will be an important element of the week of inauguration panel discussions, Hansen says. “Our students in a variety of capacities are going to go out in the world and either work in government, or they are going to be working in the institutions that are affected by government policy. Our teaching will help them get ready for that.”

Dartmouth scholars have been in the forefront of policy discussions in connection to past inaugurations, including a symposium hosted by President Emeritus James Wright “Reflections on the 2008 Campaign: Challenges for the New President,” This event featured presentations by alumni including the Rev. Leah Daughtry, ’84, former chair of the Democratic National Committee, and Ohio Republican Sen. Rob Portman ’78.

In addition, the Rockefeller Center has hosted public discussions related to public policy in the administrations of George W. Bush, Bill Clinton, and after the fact, Ronald Reagan. Shortly after the inauguration of Barack Obama, the Rockefeller Center hosted a discussion on the topic of “The Obama Administration’s Trade Policy: Old Wine in New Bottles?” featuring Irwin, the John Sloan Dickey Third Century Professor in the Social Sciences, and Tuck dean Matthew Slaughter, then an associate dean for the MBA program.

See a list of all the participants and the full schedule of events, which are free and open to the public.

“Inauguration Week Panels: Opportunities and Risks” is co-sponsored by the Arthur L. Irving Institute for Energy and Society; Tuck’s Center for Business, Government and Society; the Healthcare Initiative at Tuck; the Master of Health Care Delivery Science; the Nelson A. Rockefeller Center for Public Policy; the Revers Center for Energy; The Dartmouth Institute for Health Policy and Clinical Practice; the John Sloan Dickey Center for International Understanding; Thayer School of Engineering; and the Tuck School of Business.