“I knew I had an important perspective to share,” says the business school student. 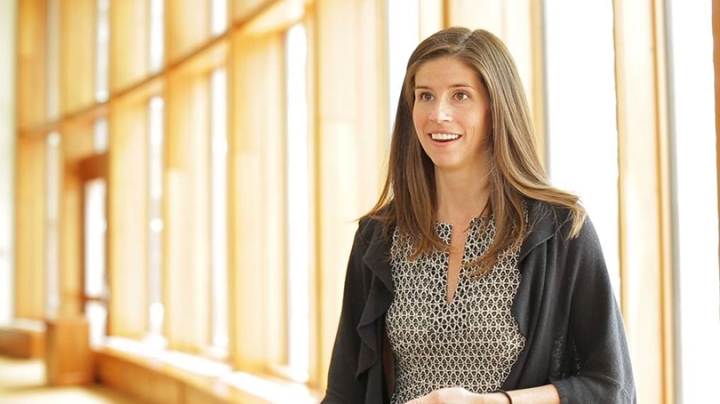 “I knew I had an important perspective to share,” says Ema Reid, Tuck ’17, who is a refugee of the Bosnian War. (Photo courtesy of the Tuck School of Business)
2/19/2017
Body

“When we think of refugees, we often think of people in tattered clothes crossing our borders, or packed like sardines on a boat, because that’s all we see,” Ema Reid, Tuck ’17, told a Tuck audience in May 2016 during an event series called Tuck Talks, a community-wide evening of storytelling intended to foster meaningful connections and strengthen the Tuck fabric. During her 12-minute talk, Reid described what she and her family experienced as survivors and refugees of the Bosnian War that erupted in the early 1990s.

When President Trump signed an executive order on immigration in January, Reid realized her story was more relevant than ever and could offer a new perspective on what it means to be a refugee. She shared a video of her talk to social media, and the reaction was overwhelming, she told the website Poets & Quants, which ran a lengthy story about her experiences.

“I knew I had an important perspective to share, and reposting this video was really my only contribution to the conversation,” Reid says. “It was so interesting to see people’s reactions—I guess I struck a chord.”

Reid says the aim of her talk was really to humanize the story of refugees through her own story. 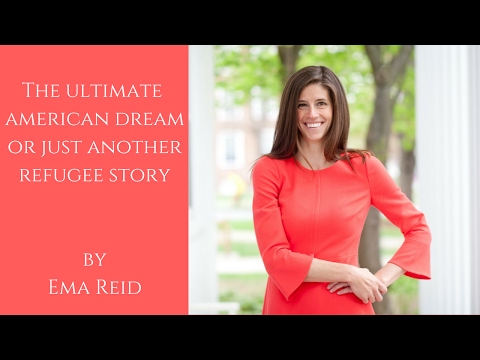