Professor Peter Winkler explains how to pick from 147 quintillion possibilities. 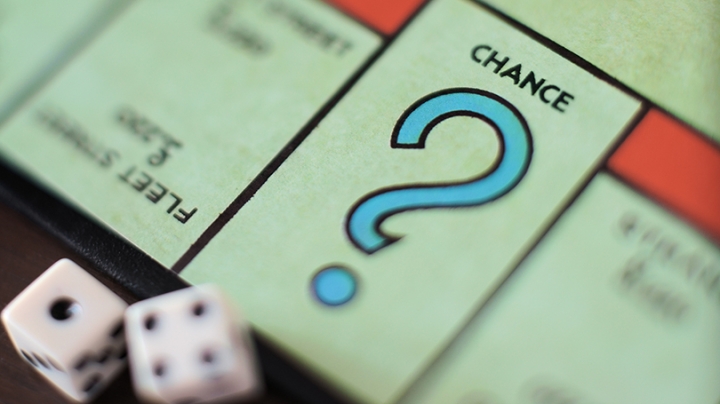 The college basketball championship known as March Madness is upon us again. It seems like just about everybody is caught up in the tournament, or knows someone who is.

March Madness is not only an annual sporting event, it is also about the only time during the year that the entire country is interested in my academic discipline—probability.

Millions of people will turn to everything from statistics tables to Magic 8-Balls to try to pick winners and losers in the tournament's famous brackets. Many of these same people will fall victim to the “March Madness upset myth.”

If you are one of the many millions who will participate by filling out a bracket, I have one simple piece of advice if you want to avoid the myth's trap: Boring is good.

Let me explain. First, for those who have ignored March Madness over the years, here are some basic ground rules: The main tournament begins with 64 teams, ranked one through 16, in each of four regions around the country. The teams are placed in the ubiquitous tournament bracket that looks something like a genealogy chart for sports nuts.

That’s simple enough. But there are more than 147 quintillion ways the tournament can play out. How should you pick your bracket to get as many games right as you can? In particular, how many upsets should you predict?

It seems natural to let tournament statistics be your guide, and to predict about as many upsets as occurred in past years. For example, when a third-seeded team meets a 14th-seeded team—which will happen four times in the first round—history suggests that an upset will occur about one time in four. Thus it seems reasonable to pick one upset in this category that you think is most likely to occur.

Here's a toy example that illustrates the problem. Suppose you are asked to guess the sequence of heads (H) and tails (T) when a bent silver dollar is flipped 10 times. Say that because of the coin's deformation, the probability that any given flip will land “heads” is 60 percent.

But wait, you are not choosing the number of heads, but the sequence of flips. The probability that you will see the exact sequence HHTHHHTTHT is only bit more than 0.1 percent. Choosing all heads, while still an unlikely outcome, is more than five times better.

The same applies if you are rewarded for each flip you guess correctly, or, as with March Madness, if you are in a pool with 99 other people trying to pick the most flips correctly. This is why you should select only those upsets that you think are highly probable. Picking the favorite—the more probable outcome—takes out the impossible guesswork of choosing which upsets will occur. You won't get all the games correct, but you will improve your probability of beating your friends.

So what does my advice amount to? Suppose, for instance, that you think underdog B will most likely beat favored team A. Then, by all means, choose B. If you like team B but wouldn't bet on it at even odds, don't select it—even if your gut tells you that it's the best upset possibility in that entire round of the tournament.

Now, you might complain that this approach will result in a boring bracket. It forecasts few upsets and won’t predict anything outrageous. It certainly wouldn't have led anyone to pick 15th-seeded Middle Tennessee to knock out 2nd-seeded Michigan State, as happened in last year's tournament.

Peter Winkler is a professor of mathematics and of computer science and the William Morrill Professor.