Town Hall With Trustee Bill Helman ’80 Set for May 2

EVP Rick Mills postponed the event with the retiring chair after the area was hit by March snowstorm. 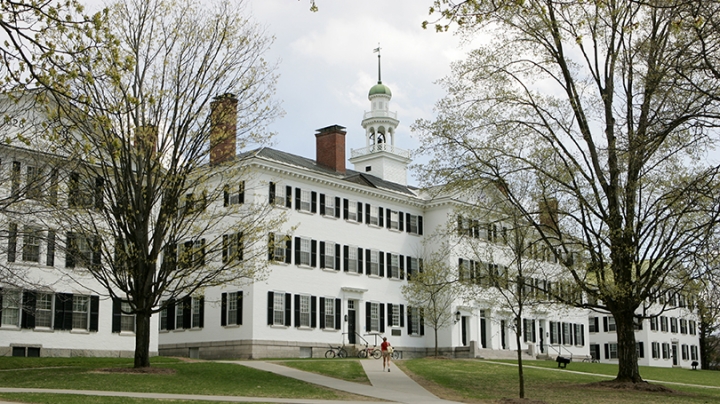 A noontime conversation with Chair of the Dartmouth Board of Trustees Bill Helman '80, postponed after a mid-March snowstorm, has been rescheduled for Tuesday, May 2, in Cook Auditorium at the Tuck School of Business.

Helman, who leaves the board in June, will reflect on his eight years of service to the board and take questions from the audience at the town hall meeting, which will be hosted by Executive Vice President Rick Mills.

Mills will invite Helman to discuss “his most interesting, challenging, and rewarding moments on the board,” he says.

Elected to the board as a charter trustee in 2009, Helman led the presidential search committee that recruited President Phil Hanlon ’77. During his tenure, Dartmouth developed its new residential house system, and he led the board through the process of establishing the Arthur L. Irving Institute for Energy and Society.

At the end of Helman’s tenure in June, trustee Laurel Richie ’81 will succeed him as chair.

The town hall session, part of Mills’ ongoing series of community discussions, will run from noon to 1 p.m. on May 2, in the Murdough building’s Cook Auditorium at Tuck. The meeting, which had originally been scheduled for March 15, is open to all.

Trustee Bill Helman ’80, who leaves the board in June, will take questions from the audience at the May 2 town hall meeting. (Photo courtesy of Bill Helman ’80)
Written by
Bill Platt
Share this
FacebookTwitterEmail
Articles