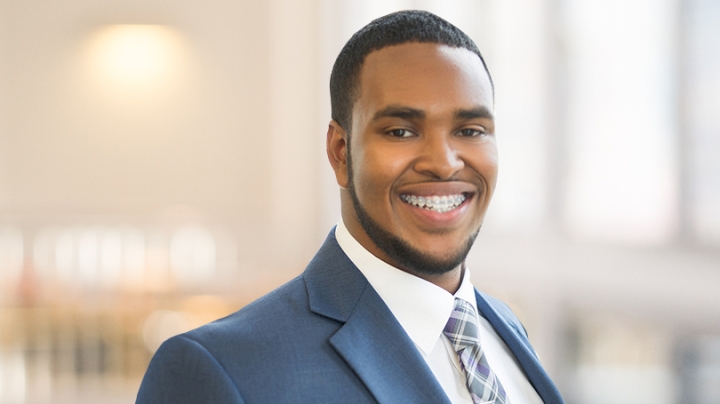 Hassan Hassen ’18 is aiming for a career in the Foreign Service as an economic officer specializing in international trade, economic development, and energy. (Photo courtesy of Hassan Hassen ’18)
5/12/2017
Body

Hassan Hassen ’18, a sociology major from Marietta, Ga., has been named a Thomas R. Pickering Foreign Affairs Fellow—one of 10 undergraduates from across the country selected by the U.S. State Department-funded program for students from diverse backgrounds who are interested in U.S. Foreign Service careers.

The fellowship, administered by The Washington Center, provides two years of financial support and mentoring as Hassen completes his Dartmouth degree. It also offers internships at the U.S. Department of State and an overseas posting at a U.S. embassy.

Hassen is aiming for a career in the Foreign Service as an economic officer specializing in international trade, economic development, and energy.

“I hope to use the fellowship to gain a deeper understanding of the global economy and of what policy measures can facilitate more conducive economic environments that will lead to sustainable impacts on the lives of people through an increase in foreign and domestic investments, wages, and jobs,” he says.

The son of Somali and Ethiopian refugees and a first-generation college student, Hassen was a participant and a peer mentor in the First Year Student Enrichment Program (FYSEP). Hassen says FYSEP director Jay Davis ’90 was one of the first people he met on campus and was an influential counselor at the start of his Dartmouth experience.

“Hassan is a rare combination of absolute dedication to serious academic pursuits and delightfully engaging concern for others,” says Davis. “He is always looking for things to do that will help make others’ lives better.”

Davis also advised Hassen’s brother, Ridwan Hassen ’15, and his sister, Halimo Hassen ’17, as FYSEP students and student mentors. Ridwan Hassen graduated this month from Oxford University as a Rhodes Scholar, and Halimo Hassen graduated a year early and is pursuing a master’s degree at Tsinghua University in Beijing as a Dartmouth Schwarzman Scholar.

Hassan Hassen ’18, left, stands with his brother Ridwan Hassen ’15, and his sister, Halimo Hassen ’17, at Ridwan’s graduation from Oxford, which he attended as a Rhodes Scholar. (Photo courtesy of Hassan Hassen ’18)

“Clearly there are powerful forces in that family that have inspired these kids to be who they are,” Davis says. “One of my joys in working with first-gen students like Hassan and his siblings is that there is no sense of entitlement. Hassan wanted to make the absolute most of the opportunity that he had earned, and I think Dartmouth was very well suited to feed his passions. He's destined for great things, and I know Dartmouth will be exceptionally proud to have him as an alumnus."

Hassen also credits the Nelson A. Rockefeller Center for Public Policy for helping him develop the leadership skills that the Pickering fellowship program was seeking. He participated in the center’s Dartmouth Leadership Attitudes and Behavior Program and most recently completed the center’s Management and Leadership Development Program. He plans to complete the Tuck School of Business Bridge Program this summer, and has lined up an internship as a summer analyst at Morgan Stanley Wealth Management in Seattle, Wash.

Applicants from more than 270 colleges and universities competed for the Pickering fellowship. Ten undergraduate and 20 graduate students were selected for the 2017 Pickering program. The 2017 cohort will begin their program in June 2017.

To learn more about how to apply for Pickering fellowships and other programs, visit Dartmouth’s National Scholarships/Fellowships website.

Description
Half American: The Epic Story of African Americans Fighting World War II at Home and Abroad by history professor Matthew Delmont and Night of the Living Rez by Morgan Talty ’16 are listed as among the notable books of the year.
New York Times
In the News