President Hanlon will consult with the faculty on the search for a new dean. 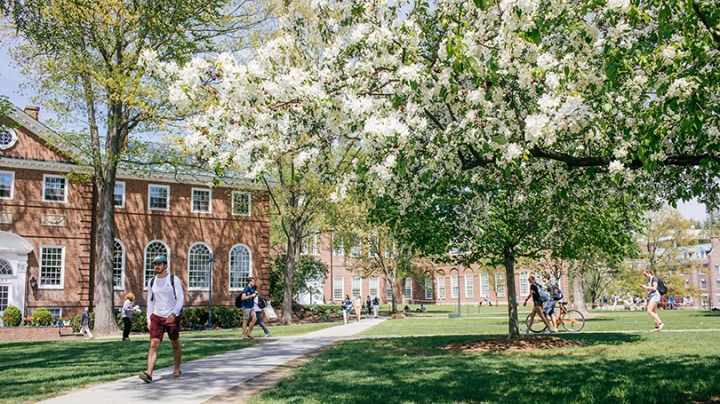 Professor N. Bruce Duthu ’80 has declined the appointment to serve as Dartmouth’s next dean of the Faculty of Arts and Sciences.

Duthu, the Samson Occom Professor of Native American Studies, would have succeeded Dean Michael Mastanduno on July 1. Duthu notified President Phil Hanlon ’77 and Provost Carolyn Dever on May 21 that he had decided not to assume the post because of controversy over his support four years ago of a boycott of Israeli academic institutions. The controversy had become a distraction with the potential to damage Dartmouth and undermine his ability to serve effectively as dean, Duthu wrote in an email to his faculty colleagues.

In a May 22 email to the College community, the president and provost expressed regret, calling Duthu “a man of enormous integrity and moral character whose commitment to Dartmouth’s academic mission and community is unwavering.”

They noted that Duthu’s appointment has met with opposition because of his membership in the Council of the Native American and Indigenous Studies Association in 2013 when the Council called for a boycott of Israeli academic institutions. Dartmouth opposed the 2013 call for boycotts.

As a matter of principle, wrote Hanlon and Dever, “we condemn bias against any group or individual and have complete confidence that Bruce does as well. In fact, his life’s work has been dedicated to supporting social justice and fighting bias in all its forms.”

In his May 22 email to members of the Arts and Sciences Faculty, Duthu thanked his colleagues for their support during the controversy. “Whether warranted or not, this matter has been and will likely continue to be a significant distraction for me professionally and a source of considerable pain and frustration for me personally,” he wrote.

“It also has the great potential to be damaging to the college in the long term, given the higher visibility and engagement with external audiences that come with the dean’s position,” his message continued. “Under these circumstances, I do not believe I can serve effectively as your Dean.”

At the annual spring faculty meeting on May 22, members of the faculty and a number of student protesters holding signs expressed support for Duthu and dismay at what some characterized as bullying by people outside the College. A motion asking Duthu to reconsider his decision in light of faculty and student backing passed with a near-unanimous vote. A petition in support of Duthu circulated by the student group Native American Students at Dartmouth had more than 570 signatures by the next morning.

Hanlon has said he will consult with the faculty to discuss the next steps in the search process for a new dean.

Duthu remains a member of the faculty. His term as the Frank J. Guarini Associate Dean of the Faculty for International Studies and Interdisciplinary Programs ends on June 30.