Top scholars to study how to foster a news culture that “values and promotes truth.” 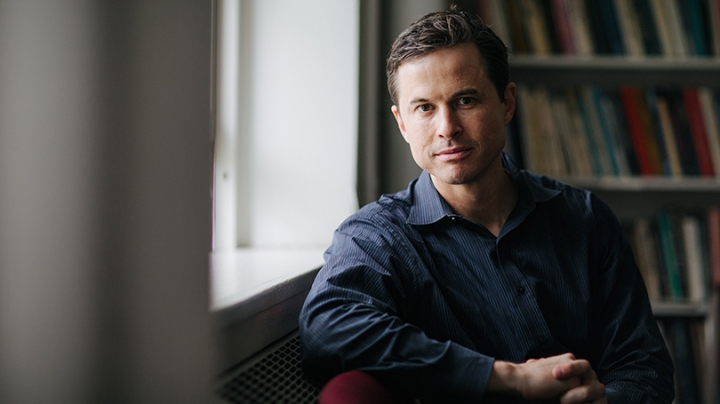 Government professor Brendan Nyhan has joined 15 other academics and researchers in government, journalism, computer science, law, communications, and psychology in a call for a multidisciplinary effort to stem the flow of fake news and to address the “underlying pathologies it has revealed.”

In a March 9 article published in the journal Science, the scholars advocate for the creation of a new interdisciplinary research field focused on curbing the spread of misinformation online. The joint statement concludes with a call to redesign the information ecosystem in the 21st century:

“This effort must be global in scope, as many countries, some of which have never developed a robust news ecosystem, face challenges around fake and real news that are more acute than in the United States. More broadly, we must answer a fundamental question: How can we create a news ecosystem and culture that values and promotes truth?”

The 16 co-authors represent the intersection of the social sciences, computer science, psychology, and technology, says Nyhan. “We’re thinking about how the brain processes information, what people choose to communicate and share, how those factors interact with the structure of online networks, and the ways that technology allows us to share information.”

After the 2016 presidential election, there has been increasing concern about the spread and the political effects of misinformation, he says. There is also a tension between corporate and public good when platforms like Facebook and Twitter attempt to regulate or control content in a non-transparent way.

“The scholars in this article are saying we need basic research to work through some of these deep and fundamental questions about human psychology, but we also need practical studies testing interventions in collaboration with platforms,” Nyhan says.

Even if Facebook does research, if it doesn’t benefit the other platforms, and doesn’t benefit science, then it doesn’t allow others to build on what they’ve learned, he says. “There’s a real tension here between the internal incentives of companies and the larger social and scientific good.”

The joint statement concludes: “Just as the media companies of the 20th century shaped the information to which individuals were exposed, the far-more-vast internet oligopolies are already shaping human experience on a global scale. The questions before us are how those immense powers are being—and should be—exercised and how to hold these massive companies to account.”

These are not easy questions, Nyhan says. “They come down to larger philosophical questions about the role of private companies and democracy, and how you think about the public sphere and democratic deliberation. The research we’re calling for can help inform these larger conversations about what can and should be done to counter misinformation.”