The Hollywood star returns to Hanover to speak at the June 10 ceremony. 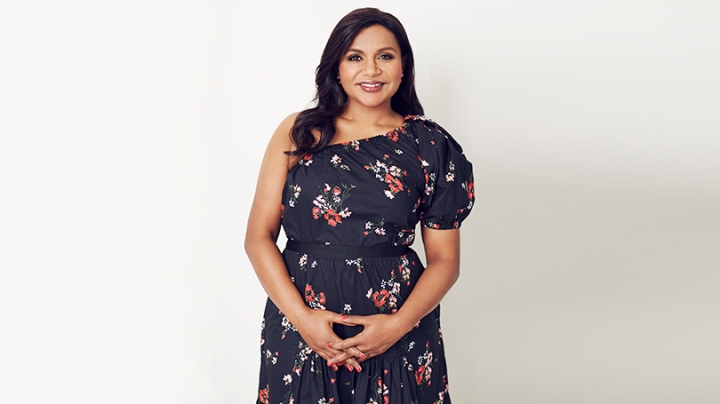 Comedy phenomenon Mindy Kaling ’01 returns to Hanover to deliver the main address at the Class of 2018’s commencement ceremony June 10.

Kaling—an actor, writer, producer, and New York Times best-selling author—has been called one of the hardest-working women in Hollywood.

But before she was the first woman of color nominated for an Emmy in writing for her work on NBC’s The Office; before she played The Office’s fan favorite, the pop-culture-obsessed customer service rep Kelly Kapoor (as well as serving as a writer, producer, and director on the show); before she produced, directed, wrote, and starred in The Mindy Project and created her newest sitcom, Champions; before she voiced the character of Disgust for Pixar’s Oscar-winning movie Inside Out; before she published two New York Times bestsellers—Is Everyone Hanging Out Without Me? (And Other Concerns) and Why Not Me?; before she was named to TIME’s 100 Most Influential People List in 2013 and honored with the Glamour Women of the Year award in 2014; before all of that, Mindy Kaling was known to her Dartmouth classmates as the author of Badly Drawn Girl, a popular comic strip published in The Dartmouth that satirized campus life.

A theater major, Kaling discovered a gift for writing plays at Dartmouth—she won the annual Eleanor Frost Playwriting contest in 1999 for a one-act written for the annual Frost and Dodd Student Play Festival—and a love for comic performance as a member of the improv group Dog Day Players.

Post-graduation, Kaling moved to New York with Dartmouth friends and tried to find work writing for television. Her break came when she and roommate Brenda Withers ’00 entered a play, based on an inside joke, in the New York International Fringe Festival—and won for best overall production. Their show, Matt & Ben, an absurdist send-up of how Ben Affleck and Matt Damon wrote Good Will Hunting, ran off-Broadway to great reviews and ultimately led Kaling to the writer’s room of The Office.

Among her many honors, Kaling’s show The Mindy Project won a Gracie Award and was nominated for a Writers Guild Award and two Television Critics Association awards.

Kaling will receive an honorary degree at the ceremony. Her fellow honorary-degree recipients will be announced at a future date.

President Phil Hanlon ’77 will deliver the valedictory address to the graduates during the commencement ceremony. Also speaking will be the student valedictory speaker from the senior class, who will be announced during the week of commencement, after final grades are calculated.

Dartmouth typically awards about 1,000 bachelor’s degrees and 600 master’s and doctoral degrees in the arts and sciences and from the School of Graduate and Advanced Studies, the Geisel School of Medicine, Thayer School of Engineering, and the Tuck School of Business.