Comedy star Mindy Kaling ’01, one of the recipients, will deliver the main address. 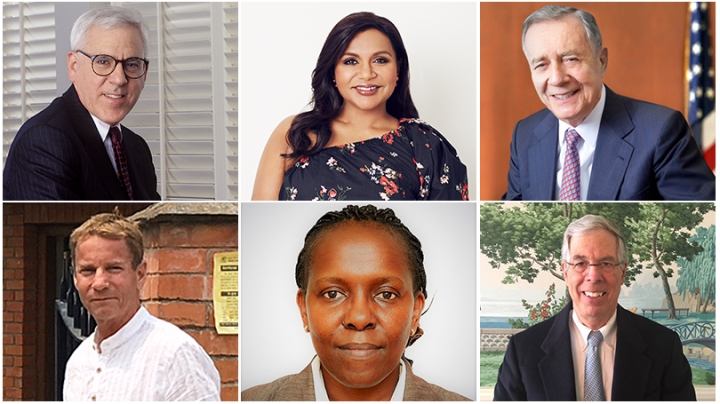 Dartmouth will recognize six accomplished women and men with honorary degrees at the 2018 commencement on Sunday, June 10, on the Green.

Actor, writer, producer, author, and comedy star Mindy Kaling ’01, one of the recipients, will deliver the main commencement address.

Dartmouth typically awards approximately 1,000 bachelor’s degrees and about 600 graduate and professional degrees from the Geisel School of Medicine, School of Graduate and Advanced Studies, Thayer School of Engineering, and the Tuck School of Business.

The academic procession to the Green will begin at 9 a.m.; visitors are advised to be in their seats by 8:45 a.m. Commencement ceremonies will begin at 9:30 a.m.

Corporate executive, Dartmouth trustee, and president of the Class of 1968 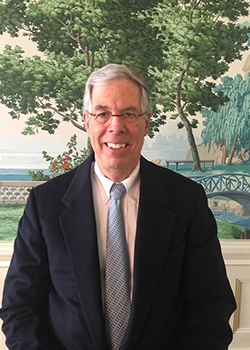 At Dartmouth, Fahey majored in chemistry, participated in varsity basketball and track and field, was president of Phi Delta Alpha fraternity, and was a member of Sphinx senior society. The summer after graduation in 1968, he married Helen Dalidowicz, a 1967 graduate of Skidmore College. They stayed in Hanover for two years at Thayer, where Fahey received BE and ME degrees in 1969 and 1970, respectively. After a brief career as a scientist, he attended Harvard Business School, receiving an MBA in 1975 as a Baker Scholar. Over the years, Peter and Helen raised four children, all Dartmouth graduates. 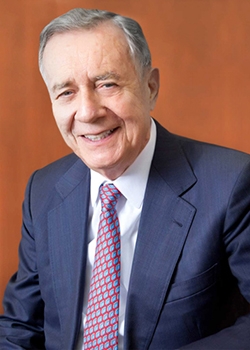 He served during World War II, as a navigator aboard the USS Mt. McKinley AGC-7 Flagship of the 7th Amphibious Fleet, in the Pacific—one of the first warships to enter Tokyo Harbor. He saw combat as a lieutenant in the Battles of Leyte, Lingayen Gulf, in the Philippines, and the landing in Okinawa, and later served in the Occupation of Japan. After the war, he began his legal career.

Guarini served as a delegate to the North Atlantic Treaty Organization in London and was appointed by President Clinton to serve as a U.S. representative to the United Nations’ General Assembly. He is a former president and chairman of the National Italian American Foundation; served on the National Board of Governors of the American Red Cross; was chairman of the Board of Regents and a trustee of St. Peter’s University; and is a trustee of John Cabot University in Rome. He received Italy’s highest decoration, the Knight of the Grand Cross of the Order of Merit of the Italian Republic, bestowed on him by President Giorgio Napolitano. 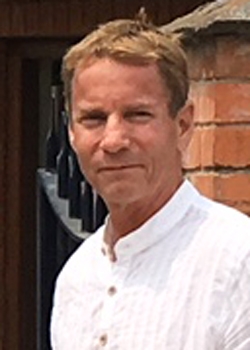 William Holmes ’79 began supporting global health initiatives while in medical school, and his commitment has continued for almost four decades. He has spent most of his professional life contributing to health and humanitarian projects in many of the world’s most vulnerable settings. Following initial training in family practice, Holmes went on to complete a residency in general surgery and plastic surgery, with additional fellowships in upper extremity/hand surgery, microsurgery, craniofacial surgery, and pediatric plastic surgery. He has applied these clinical skills by providing service and training on every continent.

With his background in public health, Holmes has supported a wide range of international aid agencies and government health departments with policy and strategic planning initiatives. In addition to helping to start a surgical hospital in Nepal and a pediatric hospital in Cambodia, he has contributed to programming with more than 20 aid and humanitarian organizations. With the support of friends from his undergraduate days at Dartmouth, he established the Third Monday Foundation in 2004. Third Monday serves as a means of celebrating the lasting bonds of friendship by providing grants to grassroots programs that support health and education projects in challenging settings around the world. 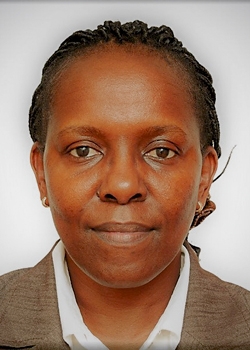 Sylvia Kaaya is a physician and professor in the Department of Psychiatry and Mental Health of Muhimbili University of Health and Allied Sciences in Dar es Salaam, Tanzania, where she has been a leader in psychiatric research on vulnerable populations in Tanzania. She served for five-and-a-half years as the dean of the School of Medicine.

While she earned her undergraduate medical degree in Tanzania, she undertook her postgraduate training in the United Kingdom and the Netherlands, where she completed her PhD with a focus on maternal depression. Her experiences in the U.K. revealed to her the significance of cultural worldviews in experiences and expressions of affect, which was further developed by a fellowship in health and behavior under the leadership of Professor Arthur Kleinman at Harvard Medical School.

These experiences guide Kaaya as she and her colleagues conduct epidemiological research in perinatal depression among women with HIV and without HIV, and in seeking to understand risky behavior among adolescents. This work has also focused on the development and evaluation of interventions in these two key areas. As one of only about 60 mental health specialists in Tanzania, Kaaya, with her colleagues, has focused on developing interventions that have the potential to be scaled up in countries with limited resources. 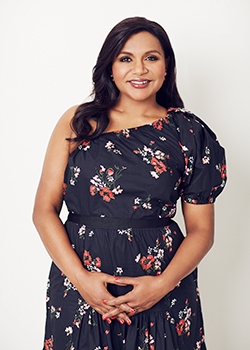 Mindy Kaling ’01 is creator of the Hulu comedy series The Mindy Project, which she starred in and executive produced from 2012 to 2017. The show, which centers on Dr. Mindy Lahiri, a successful OB/GYN whose love of romantic comedies is wreaking havoc on her personal life, earned a Gracie Award for Best Ensemble Cast in 2016 and earned her numerous nominations, including the Writers Guild Award in 2013 and an NAACP Image Award in 2014.

Before The Mindy Project, Kaling was best known for her work on the Emmy Award-winning NBC show The Office. In addition to directing, producing, and portraying celebrity-obsessed Kelly Kapoor, Kaling wrote 26 episodes and was the first woman of color nominated for an Emmy in writing. Kaling has lent her voice to animated comedies including the Oscar-winning Pixar film Inside Out. Most recently, she appears in Disney’s A Wrinkle in Time alongside Oprah Winfrey and Reese Witherspoon, and will next be seen in Ocean’s Eight. 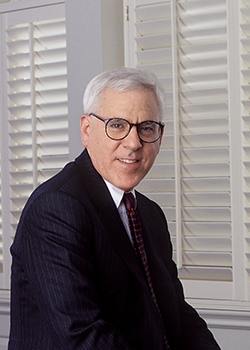 David Rubenstein is a co-founder and co-executive chairman of the Carlyle Group, founded in 1987. He serves as chairman of the boards of trustees of the John F. Kennedy Center for the Performing Arts, the Smithsonian Institution, and the Council on Foreign Relations. Rubenstein is a fellow of the Harvard Corporation and serves as a trustee for the National Gallery of Art, the University of Chicago, Memorial Sloan-Kettering Cancer Center, Johns Hopkins Medical Center, the Lincoln Center for the Performing Arts, and the Institute for Advanced Study. He is also president of the Economic Club of Washington.

He is a member of the American Academy of Arts and Sciences and the Business Council and chair of the Harvard Global Advisory Council and the Madison Council of the Library of Congress. He serves on the Board of Dean’s Advisors of the Business School at Harvard, the advisory board of the School of Economics and Management at Tsinghua University, and the board of the World Economic Forum Global Shapers Community.

A number of events will take place during the week before commencement, including class day and investiture ceremonies for Dartmouth’s three professional schools, the School of Graduate and Advanced Studies, and the baccalaureate, a multifaith service open to all graduates and their guests.