Commencement Notes for the Dartmouth Class of 2018

More than 1,900 degrees will be conferred at commencement Sunday. 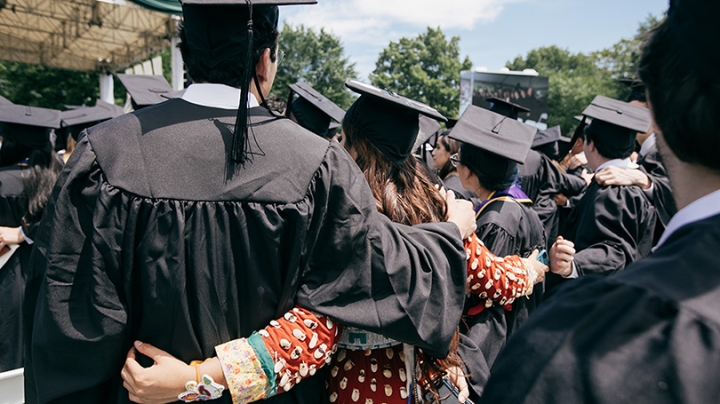 Here is Dartmouth’s 2018 commencement by the numbers: from the awarding of more than 1,900 degrees to the expected attendance of 11,000.

The undergraduate Class of 2018 hails from 48 states, the District of Columbia, and Puerto Rico. The most represented states are New York, California, Massachusetts, New Jersey, and New Hampshire.

Most popular majors for the Class of 2018:

The most popular majors for the Class of 2018 are economics, government, computer science, engineering sciences, and biological sciences.

The valedictorians are Hae Lin Cho ’17, Katherine Clayton ’18, Nicholas Norwitz ’18, and Jean Zhou ’18. Norwitz was selected by the faculty of the College of Arts and Sciences to deliver the valedictory to the College at the ceremony.