Concluding the selection process that began in early November, Dartmouth has offered 2,220 students acceptance to the Class of 2018.

Students were notified of their acceptance on March 27 at 5 p.m., after they logged in to a secure website. Admissions officers expect to enroll approximately 1,110 students in the Class of 2018.

“As a staff, we’ve spent months reviewing applications, multiple times. The glimpses we’ve had into their lives—through their stories, and their dreams and aspirations, as well as their many accomplishments—have been inspiring and moving,” says Maria Laskaris ’84, dean of Admissions and Financial Aid. “We are greatly looking forward to welcoming these exemplary students to the Dartmouth family.”

Dartmouth continues to attract talented students from diverse backgrounds from across the country and around the globe. International students comprise 8 percent of the admitted group, including Dartmouth’s first-ever admitted students from Fiji and Iran. With average SAT scores in the 98th percentile nationwide, 97 percent of the students admitted to the Class of 2018 rank in the top 10 percent of their graduating class. Their academic interests span 54 of Dartmouth’s academic departments and interdisciplinary programs; the most cited areas of academic interest include biology, engineering, economics, neuroscience, and chemistry.

“These students possess a broad intellectual curiosity, and their academic opportunities at Dartmouth will be enhanced by President Hanlon’s desire to emphasize experiential learning and to focus scholarship on addressing some of the world’s most pressing issues,” says Laskaris. “Dartmouth students have always cared deeply about helping to solve the world’s troubles, and the admitted students share that same concern and compassion.” 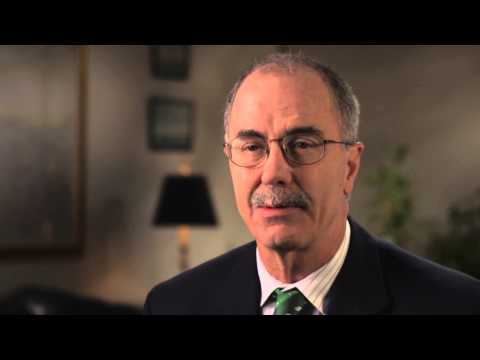 The accepted students come from a group of 19,296 applicants, for an admission rate of 11.5 percent. Included in the number of accepted applicants are 469 students admitted in December 2013 through the early decision process.

Twelve percent of students admitted to Dartmouth this year are the first in their families to attend college. Forty-six percent have qualified for need-based financial aid and the average scholarship at the time of admission is $41,069. Students of color—African American, Asian American, Latino/a, and Native American students—represent 47.9 percent of the students admitted to Dartmouth.

In recent years, Dartmouth has partnered with organizations such as the Sutton Trust, College Horizons, and Prep for Prep, which help colleges and universities connect with applicants from under-resourced schools. This year marks the fourth time Dartmouth has partnered with QuestBridge, an organization that matches exceptionally talented low-income students with colleges and universities across the country.

In addition to their notable academic achievements, the admitted students bring a range of distinctive accomplishments. From Intel Science Talent Search winners to a student invited by President Obama to speak at the White House and the United Nations about his work to combat climate change, from the youngest member of the U.S. Paralympic ski team competing in Sochi to students using their talents to raise awareness about important local and national causes, they have demonstrated depth and commitment in all they have undertaken, Laskaris says.

A variety of events designed to help admitted students learn more about the Dartmouth experience will take place in April, both on campus and around the country. The Admissions Office will host on-campus visits, Dimensions of Dartmouth, during April for regular decision admitted students. These one- or two-day programs will take place on April 11, April 16, and April 24-25; students will be invited to choose the program that works best with their schedules.

The one-day programs will feature one-on-one opportunities to connect with current students as well as campus tours and presentations on the D-Plan and student and faculty research. The two-day Dimensions program will feature expanded programming, including:

Additionally, student-designed and led programming will include panels, presentations, and events celebrating the diversity of the student community and the many Dartmouth student experiences.

“We hope that several hundred students will participate in Dimensions, as so many admitted students fall in love with Dartmouth when they visit our beautiful campus and meet our energetic and engaged students,” says Laskaris. “But if they can’t make it to Hanover, these alumni events are a wonderful opportunity for students and parents to meet Dartmouth alumni in their own communities. When prospective students meet alumni, they are invariably struck by their passion for the College and the ways in which their Dartmouth education has shaped their lives.”