The journey to the highest peak took many turns, including one that led to Dartmouth. 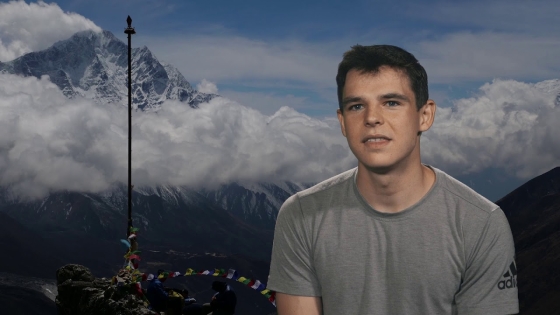 At 9 years old, Matthew Moniz ’20 set a goal for himself when he first saw the world’s tallest mountain on a trek to its base camp with his father. He realized his ambition on May 20 when he reached the summit of Mount Everest.

It was Moniz’s third attempt to climb Everest. He was there in 2014, acclimating for the climb, when an ice slide on the western spur killed 16 Sherpas, prompting a moratorium on ascents for the rest of the year as a demonstration of respect for the dead. He was preparing for his next attempt in April 2015, when Nepal was struck by a 7.8 magnitude earthquake that killed nearly 9,000 people in the region and as many as 21 on Everest, on what was the deadliest day in the mountain’s history.

What began as a 9-year-old’s dream became a complex journey that has occupied more than half his life, Moniz says. After the earthquake, Moniz turned his attention from the summit toward doing what he could to help in the recovery. He spent weeks working for the UN World Food Programme, delivering supplies in the hard-hit Bhaktapur region.

“I think what 2015 showed me is that standing on the summit of Everest, after achieving it now, was not as rewarding as doing relief work after the earthquake with the World Food Programme. That experience changed my life a lot more than standing on the top of the world could ever do,” Moniz says.

Still, standing on the ridge at 29,000 feet as the sun rose was transcendent, Moniz says, and it in no way marked the end of his connection to the Himalayas. They are literally in his blood. 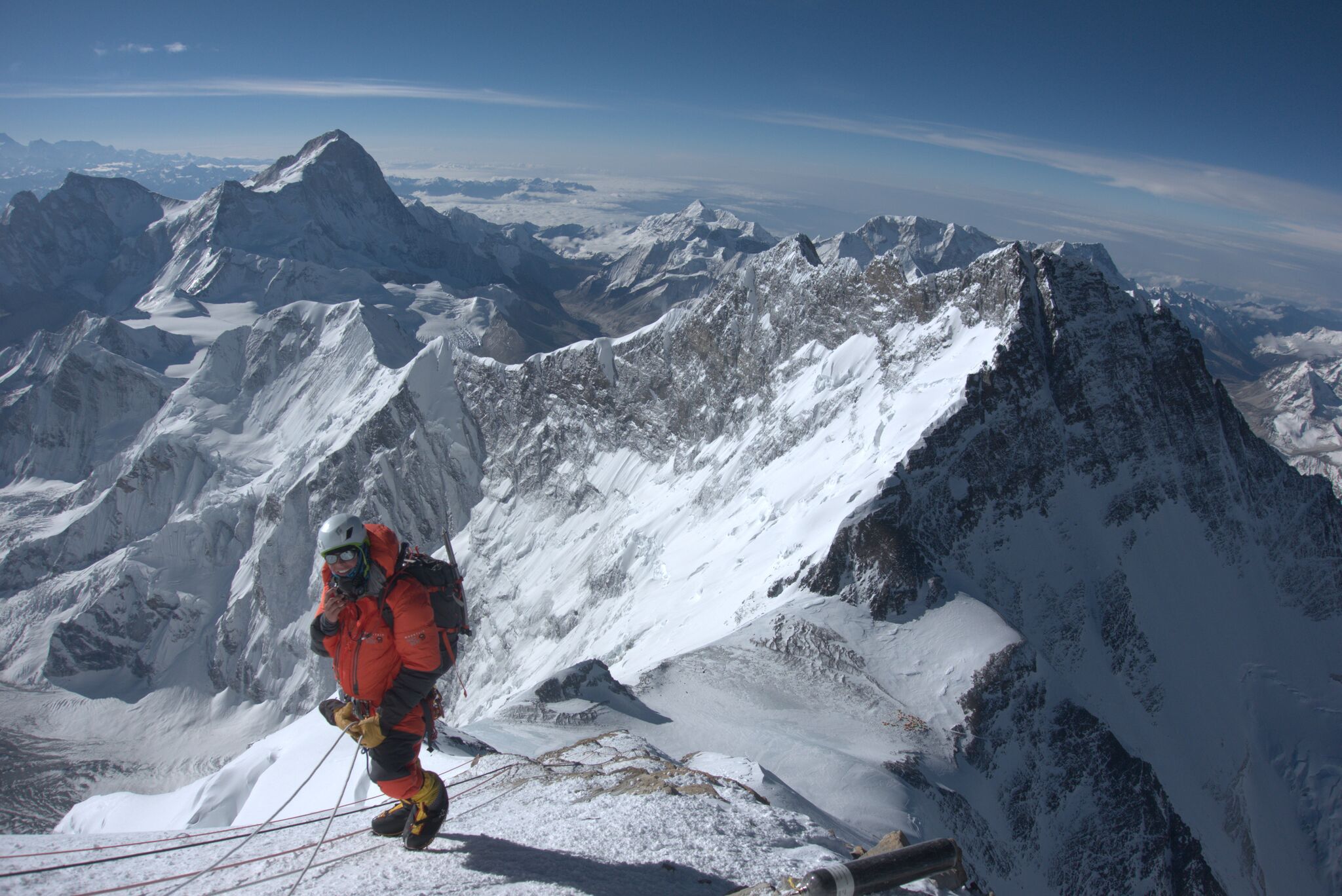 Matt Moniz ’20 climbs the South Summit of Everest with the peaks of Lhotse and Makalu visible in the background.

Moniz and Willie Benegas, his climbing partner on the ascent, both have twin siblings, and they took blood samples during the Everest climb as part of a twin DNA experiment through Weill Cornell Medicine. Based on the NASA twin study of astronauts Scott and Mark Kelly, the Cornell experiment, led by geneticist Christopher Mason, is testing the effects of extreme conditions of altitude and stress on human gene expression by comparing the gene sequences of one twin undergoing extreme conditions with the other twin, living under more typical conditions.

“Those results should be in in the next couple of months, but they’re still doing a lot of testing on our blood samples. I’m really excited because I will actually be able to do a little bit of work with Chris Mason on the study,” Moniz says.

His adventurous spirit drew Moniz to Dartmouth, where he is studying government, with a minor in global health, and is a member of the Dartmouth ski patrol and the Ledyard Canoe Club.

“I didn’t want to just go to Everest and climb Everest. I think combining it with the research we did with Dr. Chris Mason was a unique part of the journey. It plays into the Dartmouth ideal by combining what I’ve learned in biology classes and lab classes with cutting-edge science and my passion for climbing,” Moniz says.

At the College, he has found good friends who share his passions, he says. “One of the things I really love about Dartmouth is the connection to the outdoors and the love for the outdoors shared by the people here.”