Reggie Williams ’76 on the Path From Dartmouth to the NFL

One of the greatest players in Big Green history, Williams was also accomplished off the gridiron. 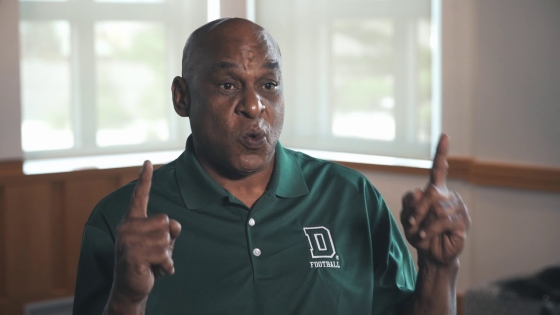 Reggie Williams ’76 was one of the greatest players in the history of Dartmouth football and, as a linebacker for the Cincinnati Bengals, played in two Super Bowls. He was accomplished off the field, as well, earning numerous awards for his service to society and serving on the Cincinnati city council while he was still active in the NFL.

He talks about his experiences at Dartmouth and how his time in Hanover contributed to his success.