‘A Story of Stolen Children’ to Be Screened at the Hop 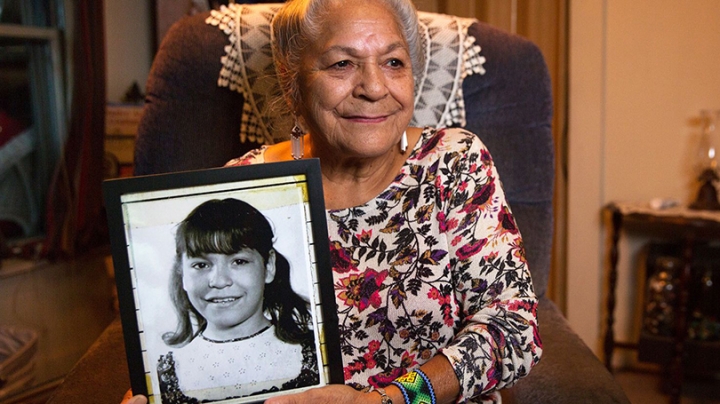 Georgina Sappier-Richardson, a Passamaquoddy elder who was placed in foster homes, holds a childhood picture of herself. (Photo by Ben Pender-Cudlip)
10/02/2018
Body

A documentary film about Native American children forcibly removed from their tribal homes and placed into non-Native foster families comes to the Hopkins Center for the Arts this month, and to public television stations in November. 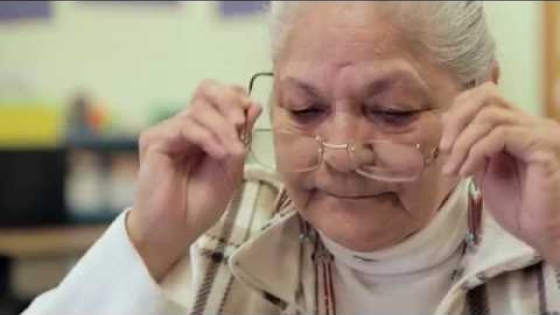 Dawnland, described by the Hop as “a story of stolen children,” was co-produced by N. Bruce Duthu, the Samson Occom Professor of Native American Studies. It documents historic hearings in Maine by the first-ever government-sanctioned truth and reconciliation commission (TRC) in the United States.

The filmmakers follow TRC commissioners around the state as they hear testimony about child welfare practices that Native Americans say divided their families, ruined lives, and created a hostile climate for indigenous culture. The TRC’s 90-page report and archives, which cover 1978 to the present, are publicly available.

“When you have kids taken away from an Indian family and put into a white family, and the white family tells the kid,‘I’m saving you from being Indian,’ and punishes them for speaking Penobscot or Passamaquoddy, tells them that their people don’t love them, and that there’s no point in being Indian, the state is feeding into a bias that says there is no value in this indigenous culture,” says Duthu.

Dawnland, called “riveting” by The Boston Globe, shows often-tearful witnesses dredging up painful memories of being taken from their families, sometimes without explanation. One of the commissioners, gkisedtanamoogk, a Wampanoag from Cape Cod who is now living in Maine, says Maine’s foster care system did not just remove children from tribal homes, it “dismantled everything of their being.”

“What else do you call it besides cultural genocide?” Matt Dunlap, Maine’s Secretary of State and a commission member asks in the film.

Foster care workers interviewed at the hearings said they were following protocol when they placed Native children in white foster homes.

But that protocol, says Duthu, was usually illegal. An expert in law relating to tribal sovereignty, Duthu says the 1978 Indian Child Welfare Act requires that when a Native child’s parents are deemed unfit, priority must be given to relatives or other tribal members. “It puts the tribes’ interests on a par with the child’s interest, and judges react viscerally against that, not because they are racist—some of them may be—but most are not.” Some public officials, says Duthu, are still either knowingly or unknowingly violating ICWA rules.

Adam Mazo, who, with Ben Pender-Cudlip, directed Dawnland, hopes it will bring attention to a persistent, destructive practice. “Dawnland is trying to say there is a current crisis in indigenous child welfare and it’s time to do something about it, to acknowledge what we have done, and find ways to acknowledge indigenous self-determination and autonomy, and make sure we are good allies in trying to respect Native lands, people, and their rights.” 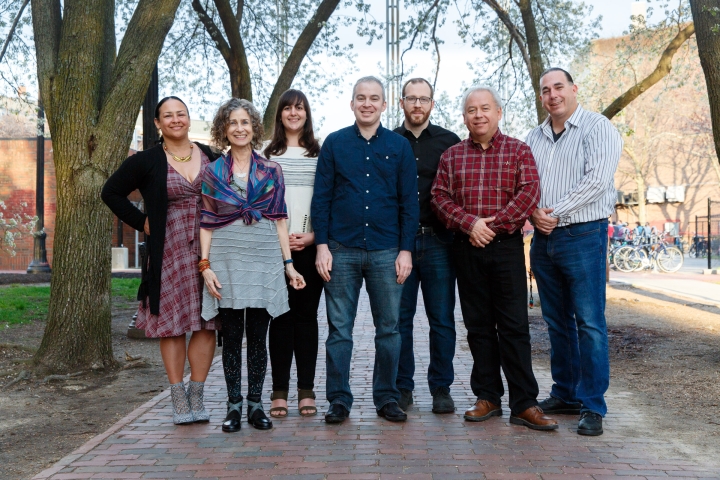 Professor N. Bruce Duthu (second from right) joins other members of the film crew at the Boston premiere of Dawnland. (Photo courtesy of The Upstander Project)

Produced by a Boston-based filmmaking and educational collaborative called the Upstander Project, Dawnland provides lesson plans and a teacher’s guide designed by Learning Director Mishy Lesser. “Many people in this country are responding to the current separation of children from their parents at the border, as if it had never happened before. We want to spotlight the fact that there is a deep history in this country—and before it was a country—that Native children were being ripped from their parents,” says Lesser.

The screening will be followed by a panel discussion with Duthu, Mazo, gkisedtanamoogk, and Esther Anne, a Penobscot who directs REACH, the organization that conceived the TRC. A screening of the film is scheduled for 10 p.m. on Nov. 5 on the PBS program Independent Lens.

“Dawnland examines the challenges faced by the TRC commission and the uncomfortable clash between identity, entitlement, and prejudice,” says the Hop’s director of film, Sydney Stowe. “We are grateful to Bruce for allowing us to play it before it reaches PBS.”