‘The Grinch’ Fails to Steal Christmas but Succeeds at Box Office

Uh-oh. The Grinch, that misanthropic thief created by children’s author Theodor Geisel, Class of ’25 (aka Dr. Seuss), is again going to try to ruin Christmas, in a new animated movie bearing his name.

He fails, of course. In fact, the Scrooge-like creature has been generous to the producer, Chris Meledandri ’81, founder and CEO of Illumination Entertainment, whose The Grinch opened in North American theaters last weekend—the top box office hit.

Dubbed by Variety magazine “the most powerful man in animation,” Meledandri also adapted Horton Hears a Who (2008) and The Lorax (2012) for the screen. He has close ties to the Geisel family. So does Geisel biographer Donald Pease, the Ted and Helen Geisel Third Century Professor in the Humanities.

“I first met Chris Meledandri in LA shortly after the debut of The Lorax and was impressed with his commitment to reanimate Dr. Seuss’s vision for a 21st-century audience,” says Pease.

Meledandri sees Geisel’s How the Grinch Stole Christmas as a timely reminder of the power of community. Stories, he says, allow audiences to relate to characters unlike themselves.

“We can stand in their shoes. Fear what they fear. Dream what they dream. As global challenges become more intense the tendency is to, like the Grinch, close in on ourselves and become more tribal,” he tells Variety.

Seuss’s villain is voiced by Benedict Cumberbatch, who tells NPR that he sees the Grinch as just a lonely guy who becomes “a bit tunnel-visioned. And the world we live in today—we know a few people like that, I think—who act out on hate and ignorance and fear,” says Cumberbatch. “The lesson, I think, is that you can take those people back in the fold by offering love and forgiveness.”

Virtues that are personified, as Dr. Seuss fans know, by his sweet little heroine, Cindy-Lou Who.

“The underlying story of the Grinch is about how the innocence of one child is able to crack this character’s facade and to get him to see the world from a different perspective,” says Meledandri.

“It’s a story that has a lot of relevance today.” 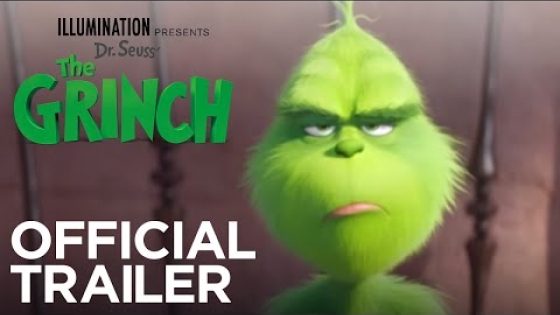