Professor Amie Thomasson on the Nature of Existence

The professor was named one of the world’s 50 most influential living philosophers.

Professor Amie Thomasson, recently named one of the 50 most influential living philosophers, specializes in, among other topics, metaphysics and metametaphysics, which poses questions about the methods and goals of metaphysics. The Daniel P. Stone Professor of Intellectual and Moral Philosophy, she is the author of “Ontology Made Easy” (2015), “Ordinary Objects” (2007) and “Fiction and Metaphysics” (1999). Dartmouth News spoke with Thomasson about the nature of existence, why philosophy still matters, and what famous philosophers from history she’d invite to a dinner party.

Aquinas and the medieval Scholastics pondered how many angels could dance on the head of a pin. What’s the raging debate among metaphysicians these days?

There are many, and at least some of them will seem as crazy as that. Debates about what exists were very dominant when I was in graduate school, some 20 years ago. Do numbers exist? Do tables and chairs exist? Do persons exist? Do moral facts exist? Today, metaphysics includes questions about how, say, the ordinary world of tables and chairs is related to the fundamental world of physics, as described by physics.

But you’ve come to question some of the ontological arguments over the existence of, say, ordinary objects such as tables and chairs.

How did these seemingly crazy arguments evolve?

They can be traced to the work of the American philosopher Willard Van Orman Quine, in the mid-20th century. Quine thought of philosophy as part of a single enterprise with science, not different in kind. And that led a lot of metaphysicians, who may have misinterpreted Quine, to think that their job was to discover what really exists. It might turn out that the best total theory of the world is one in which there aren’t any tables, only “particles arranged table-wise.”

That seems to be a distinction without a difference. Reading your book Ontology Made Easy, I wondered whether the imprecision of language served to muddle metaphysical arguments.

You’re looking at me quizzically.

There’s so much to say in response. My colleagues in metaphysics, not here but at other institutions, will claim baseballs don’t exist; there are only “particles arranged baseball-wise.” I think that’s misguided. The real question is what kind of language, what set of concepts, we ought to use. That’s something worth arguing about.

Is metaphysics veering down such a rarefied road that ordinary people can’t understand it?

A lot of times ordinary people can’t see the point of it, even if they understand it. And this is where I’ve come in, because I think metaphysics did take a wrong turn. The idea that philosophy can answer deep questions about what really exists is an illusion.

What’s a metaphysician to do, then?

Has your perspective on the scope of metaphysics rankled your peers?

Not surprisingly, it has provoked hostility from my colleagues who want to think of themselves as discovering deep truths. But among philosophers working in other areas, such as ethics, philosophy of science, philosophy of mind, and among people who aren’t professional philosophers, it has been greeted with a lot of enthusiasm, which is very cool.

Do your students see the relevance of philosophy?

I ensure that they do. The way I spin my classes is totally consistent with what I think about the value of philosophy. A philosopher’s job is to explain what we do, why it’s important, why it’s relevant, and why it’s not just done by the sciences or replaced by the sciences.

What kind of reaction do you get when you query whether tables and chairs exist?

I don’t straight-facedly ask whether tables and chairs exist. Dartmouth students are amazing. Everyone I’ve had so far in my classes has come with a kind of intellectual curiosity, a naturally philosophical outlook on the world, as if these are questions they have had in the back of their heads all along.

John Dewey suggested that your discipline ought to turn from the problems of philosophers to the “problems of men.” Would you agree?

You’ve said you encountered no female philosophers at Duke University during your undergraduate days.

That’s right, I never met one.

Did the scarcity of women spur you on or daunt you?

Both. I knew there was something to prove, especially when I got into graduate school. Women in philosophy face a lot of extra difficulties, whether being talked over and not given any respect in graduate seminars or more overt issues, some of which arose only later in my career.

Yes, yes. I think it was harder than I’d let myself in for. I’ve certainly had to become tougher, and ruthlessly efficient, in a way that seldom lets up. I’ve also become more cynical, the more I see the ways in which our social structures make it extremely hard for women to succeed at having both a demanding career and doing what’s considered essential to being a “good mother.”

Looking back, most famous philosophers were men. Imagine hosting a dinner party with some of your favorites. Who’s at the table?

I’d have to have Kant. Kant is forever fascinating. I love to teach Kant. Moving up in time, Hume. Hume is a super-interesting philosopher who inspires me to untangle the ways in which language leads us astray. Gilbert Ryle, a brilliant writer—witty, interesting, insightful—so he would be fun. Wittgenstein. Not sure he would be fun, but he would be interesting.

Your real-life kitchen table includes your husband, Peter Lewis, also a Dartmouth professor of philosophy. Do you talk shop?

They are moral beings. You can talk philosophy with them.

Your scholarship involves deep conceptual thinking. Do you ever let your mind rest? Can you watch a baseball game without wondering whether baseballs exist?

I bet you never question whether your kids exist. 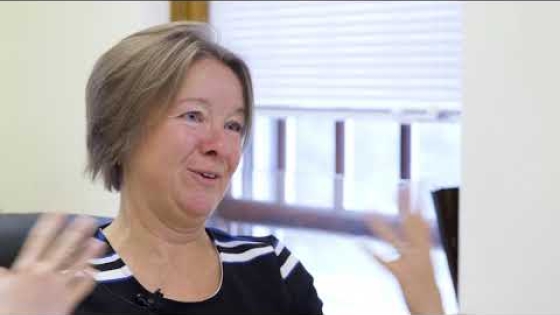 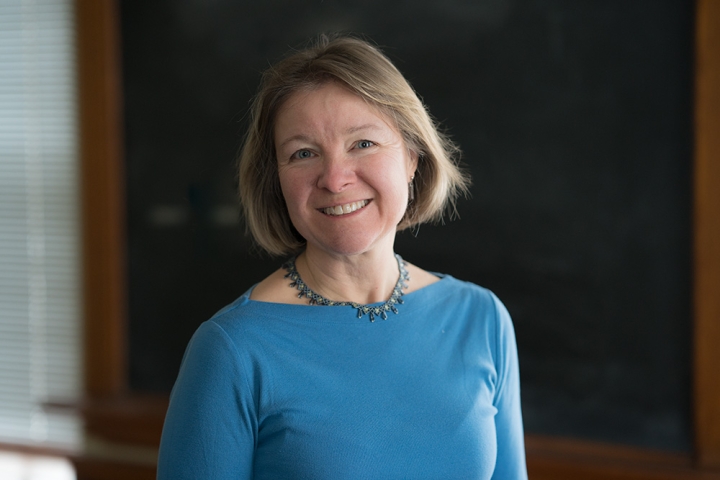 “The idea that philosophy can answer deep questions about what really exists is an illusion,” says Professor Amie Thomasson. (Photo by Eli Burakian ’00)
Written by
Kathryn Stearns
Share this
FacebookTwitterEmail
In the News