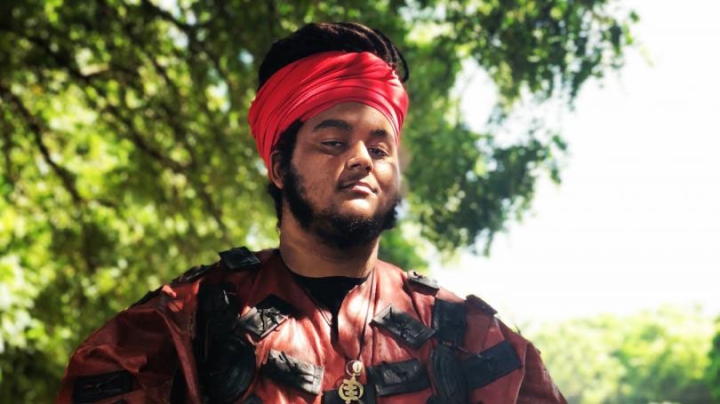 Maroons—Africans who escaped slavery and established independent communities in Jamaica during the 17th and 18th centuries—have been largely misunderstood by historians, says Lucayo Casillas ’19. With his senior fellowship and a Mellon Mays fellowship, he’s writing a thesis that includes oral histories he’s been gathering among Maroons in Jamaica and in the country of their ancestors, present-day Ghana.

Casillas says Maroons are sometimes portrayed as apolitical and anarchist runaway slaves, but he sees them in a different light: as a people who brought their sovereignty with them from Africa, retaining their African consciousness and drawing on their social and religious institutions to build societies in the new world.

“Jamaica’s Maroons are especially renowned for their tenacity in resisting slavery, which resulted in treaties between them and the British empire that recognize their sovereignty,” Casillas writes in his thesis summary.

He was drawn to the topic in part because of his own multiethnic roots.

“Living in the Bay Area—my mother is from Trinidad and Tobago, and my father is Mexican-American—Caribbean and indigenous cultures have always informed my reality,” he says. “My project reflects the intersectionality of cultures in the Western world, how New World societies created New World cultures. I really love history. I love learning where people come from and figuring out where I come from.”

Casillas’ research involves a lot of fieldwork. He visits the places he’s writing about and talks to people who offer personal perspectives through the lenses of their own family backgrounds. As a senior fellow, he was freed from classwork this year and given funding and time to travel to Jamaica and to Ghana, where people accepted him into their communities. “In Ghana, some treat me as a son,” he says. “And in Jamaica, the children call me ‘Daddy.’”

Living among the people he studies, Casillas is gaining new insights about how they view their past, and about the local heroes who have shaped it. For example, he says, although historians barely mention Queen Nanny, an 18th-century chieftain, in parts of Jamaica she is revered as the mother of the Maroon people—a leader who escaped slavery and helped others do the same.

“We have to listen to what Maroons are saying about their own history,” Casillas says.

Colin Calloway, the John Kimball Jr. 1943 Professor of History and Casillas’ senior fellowship adviser, calls his project “remarkable in that it draws on community-grounded research to change how we think about the big picture. Reconstructing ties between Ghana, Jamaica, and North America, his work offers new insights into slavery, migration, resistance, and survival in the transatlantic Atlantic world.”

Casillas plans to attend graduate school and expand his research on indigenous political institutions along Africa’s Gold Coast during the rise of the Atlantic slave trade.

“I’m seeking to facilitate projects that have Maroon people travel to Ghana and Ghanaian chiefs come to Jamaica for engagement,” says Casillas. “Down the line I want to recreate a traditional African village, showing what they would build, what foods they would eat. I want to bring Ghanaians and Maroons together so they can see the similarities of their cultures.”

Senior fellowships are supported by the Kaminsky Family Fund at Dartmouth College. Students apply two terms before the start of the proposed project. “Without the fellowship, without the travel, I would not have been able to gather the perspectives of everyday Maroons or high priests in Ghana,” says Casillas. “Maroon culture is very social, and I have the support of these people in my work.”