Alexander Chee on the Transformative Power of Literature

The associate professor talks about writing and about teaching writing at Dartmouth.

Associate Professor Alexander Chee joined the Department of English and Creative Writing in 2016, the same year his second novel, “The Queen of the Night,” was published. Set in 19th-century Paris, the work, 15 years in the making, was described by “New Yorker” critic Joan Acocella as “a sort of postmodern bodice ripper.” Chee’s collection of essays, How to Write an Autobiographical Novel, was released last year. Part memoir, part meditation on his craft, Chee concludes: “Only in America do we ask our writers to believe they don’t matter as a condition of writing.” Dartmouth News recently spoke to Chee about the writing life and the transformative power of literature.

You’ve published an autobiographical novel, a sprawling historical novel, and a collection of personal essays. Are you experimenting with literary styles?

I would call it an experiment, or a series of experiments. I do feel in some strange way like I’m ready to begin the mature work of my career.

The others were just for practice?

Practice or something—which is not to say I think of them as juvenilia. But I currently have ideas and pages for four novels.

At least you’re not an author in search of a subject.

I also have a collection of stories and at least one more collection of essays. Then a book about the pedagogy of writing, which I jokingly call Really How to Write an Autobiographical Novel.

Reading your essays, the word that came to mind was “intensity.” Henry James called intensity “the grace to which the enlightened storyteller will at any time for his interest sacrifice if need be all other graces whatever.”

As in, for the sake of intensity one becomes otherwise graceless. But I think I know what he means.

James is referring to the intensity of illusion.

I talk to my students about verisimilitude a lot, and authenticity. How do you convince the reader of what you are describing? How do you give something the feeling of life, or generate the spark of life in it? What I’ve come to understand about writing is that you’re after the arrangement of a series of contexts for the reader, which sounds shockingly dull but is essentially a very workmanlike expression of how you create and modulate intensity. 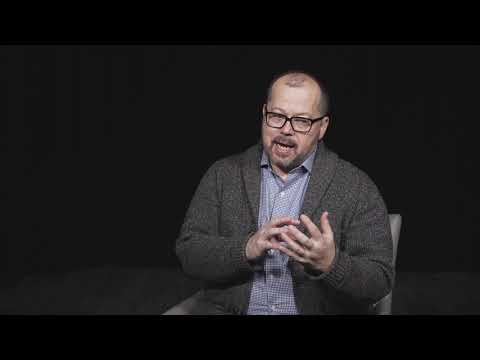 Would you say there’s as much artifice in your nonfiction as truth in your fiction?

Artifice is definitely a great deal of the work of nonfiction. It’s not a confessional blurb. I’m not offering up my diaries. I research myself in the manner of someone writing a biography. With fiction writing, it’s a different kind of pursuit of truth. There’s often as much research.

I can’t imagine the amount of research required for The Queen of the Night, set in France during the Second Empire.

It was horrifying, but also fun. At one point I had 60 reference books in my study and felt like I couldn’t so much as write a sneeze without checking how people dealt with them in the period. And then there was the 215$ round trip ticket to Paris I found online that let me go see the Paris Museum of Fashion exhibit of the Empress Eugénie’s clothes—an essential trip.

The main character is Lilliet Berne, a larger-than-life soprano and courtesan, hiding a secret past. From what room in your imagination did she spring?

Probably from the dressing room in the Biddeford Opera House in Maine, where I was waiting off stage while we were performing in Tosca in the choir—which was probably one of the most formative childhood experiences I’ve had in the way that I came to understand both opera and choir and performance, and even myself in relationship to all of those things.

Your writing is very self-revealing, unguarded. You share family tragedy, emotional trauma, sexual awakening, the recovered memory of sexual abuse. You appear more guarded in person. Does the page free you?

The page is a stage, right? In a different context, a different person emerges. It’s all a kind of drag. The glasses, the beard, the cardigan—this is professor drag.

In Girl, an essay about masquerading as a girl one Halloween night in the Castro district of San Francisco, you write: “This beauty I find when I put on drag then, it is made up of these talismans of power, a balancing act of the self-hatreds of at least two cultures, an act I’ve engaged in my whole life here on the fulcrum I make of my face.” Do you still feel such self-hatred?

I was in my early 20s then and trying to describe how we can take on the self-hatred of a culture, or cultures, as our own, and how drag helped me see that—and release it. If anything, I’ve come to take a great deal of pleasure in these different modes. I am a bit of a shape shifter. I’m thinking of one of the more popular Joan Didion quotes, “I have already lost touch with a couple of people I used to be.” I am the opposite. I am in touch with them. That’s even how I wrote the essay collection.

How would you critique yourself?

My writing is informed by an enormous amount of distrust in myself, on the one hand, and by a kind of radical self-belief that I will get through it.

Do you keep a journal?

Irregularly, only when terrible things happen.

Are terrible things grist for the creative mill?

There are some mistaken ideas about writing and trauma that I am trying to educate people about. I encourage my students not to write about personal trauma for class until they’ve written about it for themselves personally. They might not be prepared to have people talk about it in a workshop.

Tell me more about your students.

I love my students. Many of them are talented. They are very driven, and for the most part very professional, very committed to revision. One of my assignments involves having them fact-check a family story as part of writing about it. The point is for students to take possession of their education, to have a relationship to their education that is rooted in their lives.

How does one learn to write creatively?

You have to want to tell someone a story. In order to do that, you have to confront yourself about what you actually believe, what you want to express, how you think. I teach my students how to have a conversation with their obsessions and their unconscious motivations.

If your essays are any guide, you were once obsessed with fortune telling, Tarot cards, and superpowers.

I’ve stopped reading the Tarot at parties. Strange patterns would emerge, and I thought, that’s really eerie. There’s a reason why certain knowledge is occult and esoteric.

And what about the doodle of a staring eye that appears in your notebooks? Do you want to know the future?

I don’t want to know anything. As I’ve said to my class, when you get older, you want every day to be the same. That is a kind of victory.

But you still enjoy a good X-Men comic book. How come?

There was a point in my childhood when I lost control of my childhood and had to grow up much faster than the people around me. They are like a talisman of that lost childhood.

And if you had superpowers, what would they be?

Writing is the superpower. It’s a way of taking your thoughts and turning them into something that can move across time and borders. You can change people’s minds.

If you’re good at it. 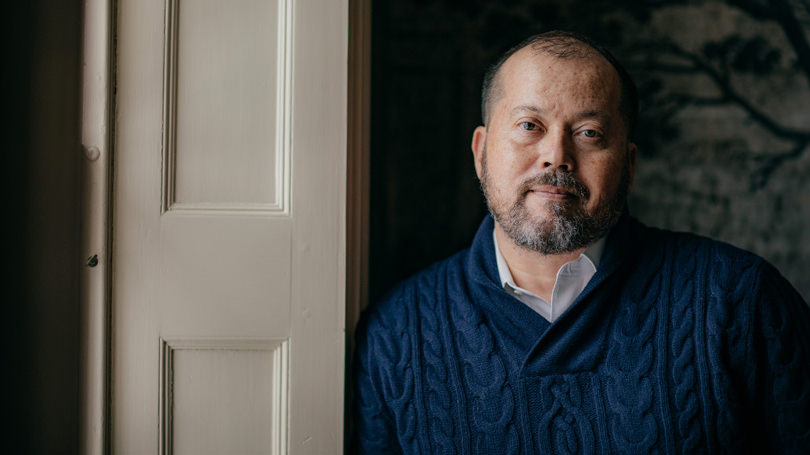 Associate Professor of English and Creative Writing Alexander Chee’s latest book is How to Write an Autobiographical Novel. (Photo by Robert Gill)
Written by
Kathryn Stearns
Share this
FacebookTwitterEmail
Articles