Producer Julie Dunfey ’80: On the Road for Ken Burns Films 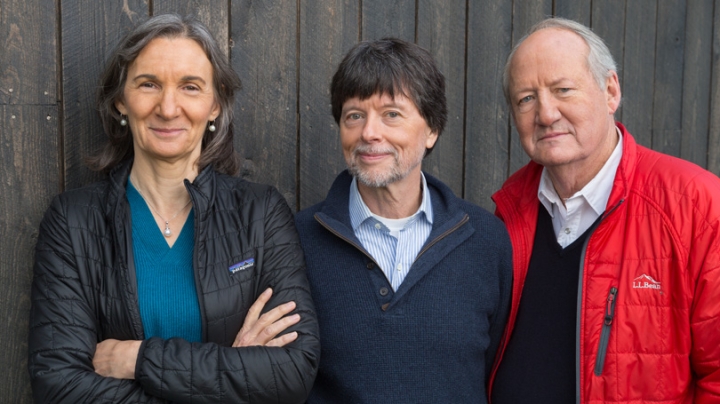 An undergrad history major at Dartmouth, Julie Dunfey ’80 got her start in film as a graduate student in history at Stanford. She made a 10-minute short about polygamous Mormon women, the topic of her master’s thesis.

Around the same time, Ken Burns was gaining attention for his 1981 documentary Brooklyn Bridge, which earned him an Academy Award nomination.

That same year, Dunfey decided to take a chance. “I just called him up,” she recalls. “People used to do that.” It worked. Burns invited her to spend a day with him in Canterbury, N.H., where he had started work on a film about the Shakers. “She immediately caught my attention because she was smart and professional,” Burns says. Dunfey asked for a job, but Burns says he was “barely hand to mouth” and didn’t have the budget. He did, however, offer guidance while Dunfey turned her short film into a full-length movie. When she finished it in 1984, she sent it to Burns.

“It was terrific,” recalls Burns, who was working on The Civil War (1990) and needed help juggling projects. “You have a job if you come East,” he told her.

Dunfey has been collaborating with Burns ever since. Other Dartmouth students have also found their way to Burns’ Florentine Films studio in Walpole, N.H. They include David Schmidt ’09, Elena Ridker ’16, and Hallie Reichel ’18. Drew Patrick ’93 has worked for Burns as a film representative.