A lecture series underscores the value of undergraduate research at the College. 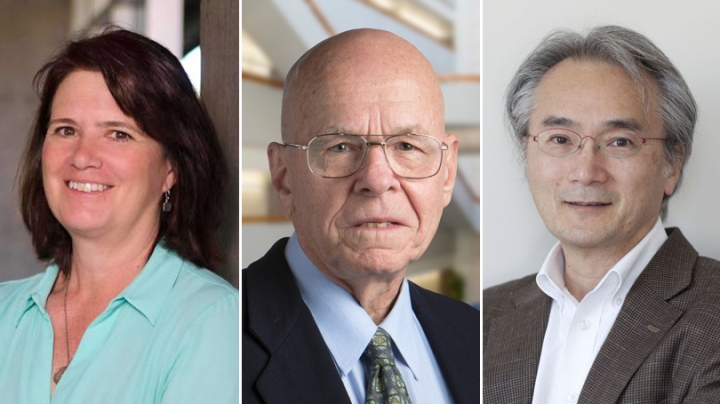 Three alumni, all of whom have made significant contributions to scientific fields, return to Hanover this month to deliver lectures related to their research. Their visits conclude the College’s “Celebration of Sciences,” a yearlong 250th anniversary lecture series highlighting the influence of alumni in the sciences.

Fiona Harrison ’85, a physics professor at CalTech and the principal investigator for NASA’s Nuclear Spectroscopic Telescope Array (NuSTAR), will present “From Spinning Black Holes to Exploding Stars—New Views on the Energetic Universe” at 5 p.m. on Thursday, Oct. 3, in Sears Lecture Hall.

On Tuesday, Oct. 15, K. Barry Sharpless ’63 will speak on click chemistry, a concept he pioneered that revolutionized the pharmaceutical sciences and enabled the development of major new treatments for several diseases, including Parkinson’s. The recipient of the Nobel Prize for Chemistry in 2001, Sharpless is the W. M. Keck Professor of Chemistry at The Scripps Research Institute in La Jolla, Calif.

Paul Matsudaira, Guarini ’81, a professor and the principal investigator of the University of Singapore’s Mechanobiology Institute, will present “Tales From the Crypt: What Zebrafish Can Tell Us About the Evolution of Our Intestine” at 4 p.m. on Friday, Oct. 18, in Oopik Auditorium in the Class of 1978 Life Sciences Center. His lecture doubles as that week’s Cramer Series Seminar, which is organized by the Department of Biological Sciences to promote graduate education in biology.

The lectures are open to all, including students who are just beginning to explore opportunities in the sciences.

With the support of talented teacher-scholars, Sharpless and Harrison pursued scientific research as undergraduates.

During the fall term of 1960, Thomas Spencer, professor emeritus of chemistry, taught “CHEM 51: Organic Chemistry.” New to the College and in need of research assistants, he invited Sharpless and a handful of other undergraduates from the class to join his lab. “These undergraduates became a highly capable and productive research team, on whose accomplishments whatever early research reputation I acquired depended,” says Spencer, who plans to attend Sharpless’ lecture.

Sharpless cites the importance of this invitation in his Nobel biographical sketch, “If some variables in my adult life were changed, I might still have made it onto these pages, but it never would have happened without Tom Spencer.”

Harrison worked on research as an undergraduate as she pursued her senior thesis, looking to her adviser Walter ‘Jay’ Lawrence III, professor emeritus of physics and astronomy, for advice and guidance. While Lawrence contends that Harrison excelled on her own, he notes that today she would have the option of joining a larger group and working alongside other undergraduates, graduate students, and postdoctoral fellows. This shift to a more collaborative effort is a positive one, says Lawrence, because “the advantages of learning from, and then teaching ones’ fellow students cannot be overestimated.”

What Lawrence says has been true for Virginia Wei ’22, an undergraduate researcher in the Ke Functional Materials Group led by Assistant Professor of Chemistry Chenfeng Ke, an innovator in 3D printing materials. “I think the wonderful thing about undergrad research at Dartmouth is that no one expects you to be an expert when you first walk in,” says Wei, who was drawn to the lab as a first-year intern in the Women in Science Project (WISP). “You just have to be willing to work hard and communicate well, and you’ll get a great learning experience out of it.”

Written by
Katie Hamlin
Share this
FacebookTwitterEmail
In the News 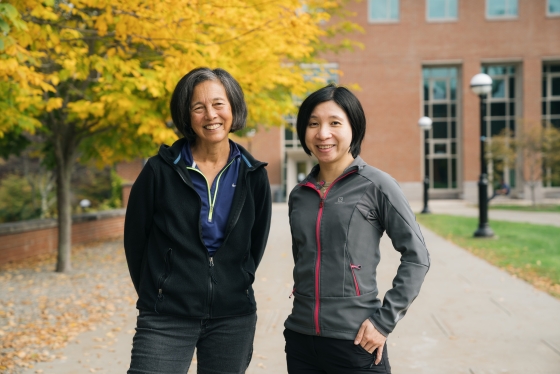