Celebrating 50 Years of Women at Tuck

The business school plans events reflecting on its history and celebrating its future. 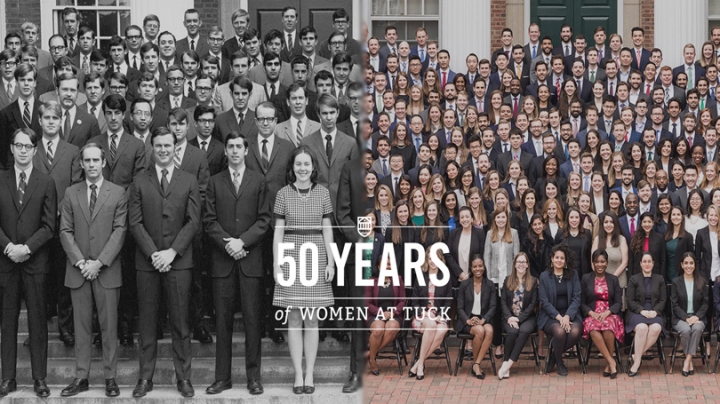 Martha Fransson, Tuck ’70, was the first woman to graduate from Tuck, and paved the way for future leaders. (Photo courtesy of the Tuck School of Business)
10/16/2019
Body

Martha Fransson waited patiently on the phone for an answer. She was interested in attending the Tuck School of Business, and had called the school to ask—could she come in for an interview?

It was the late 1960s, a time when Tuck and many other MBA programs admitted men only. Fransson had already secured MBA interviews at Harvard, Columbia, Wharton, Chicago, and UConn, but had received less than desirable responses.

“Harvard said, ‘We’re not taking any women for the next two years until we figure it out,” Fransson recalls. Columbia gave her a 9 p.m. curfew. Wharton and UConn didn’t have suitable housing available for women.

Tuck, however, had recently named a new dean—John Hennessey Jr.—who was more than willing to have Fransson come to campus for an interview. Fransson, a graduate of Radcliffe College, was delighted.

The rest is Tuck’s—and Fransson’s—history. Fransson was accepted and, in 1970, became the first woman to graduate from Tuck. Attending Tuck as the only woman was an unusual situation to say the least, but Fransson was never put off and enjoyed the challenge.

She went on to serve as vice president of both the Massachusetts Mutual Life Insurance Company and of Times Mirror Cable, before heading to Rensselaer Polytechnic Institute, where she taught as an associate professor for almost 20 years.