The 200- to 300-pound juvenile spent about two hours up a tree behind Parkhurst last week. 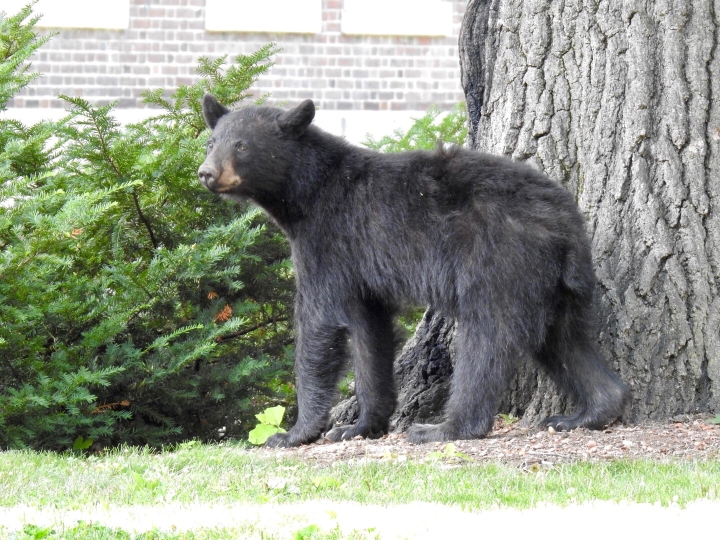 See all the photos from the bear’s visit.

A young black bear spent a little more than two hours in the crook of a tree behind Parkhurst Hall last Thursday afternoon before shimmying down and then ambling through an alleyway, across a parking lot, through Dartmouth Cemetery, and into the woods.

A caller tipped off Dartmouth Safety and Security to a bear’s presence behind the administration building just after noon on July 9. Officers arrived shortly after to tape off the area to prevent passersby and the curious from spooking the animal, said Safety and Security Lt. Gene Thompson. Hanover police were called in, and after consultation with the Hanover animal control officer, it was decided that giving the bear space would be the least stressful way to encourage the young animal to return to the woods, Thompson said.

Under the watchful eyes of safety and security, and Hanover police and fire officers, the bear lay in the tree, hugging the wide limb, from noon until just after 2 p.m. As time passed, officers decided to pull back closer to the yellow police tape at the perimeter, which seemed to increase the bear’s comfort level to the point that it could make its escape, Thompson said.

Officials estimated that at 200 to 300 pounds, the bear was between 2 and 3 years old. Any connection between the juvenile and Mink, a well-known Hanover black bear sow that journeyed back to the Upper Valley after being relocated by New Hampshire Fish and Game, would be pure speculation, said Thompson, acknowledging that there was a great deal of discussion of the possibility by spectators during the two-plus-hour standoff. 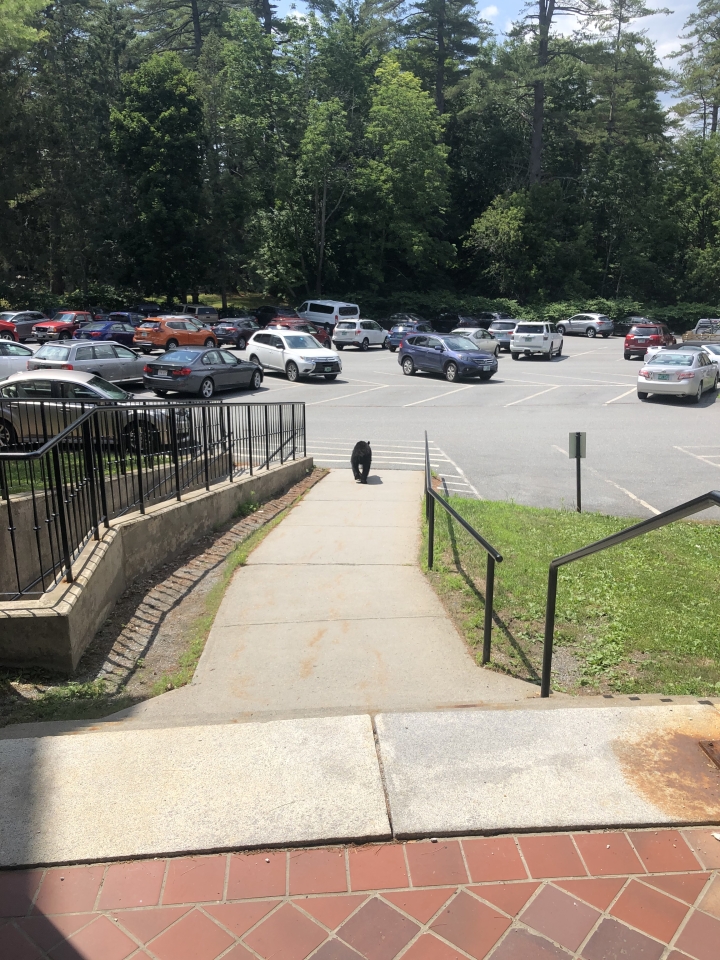 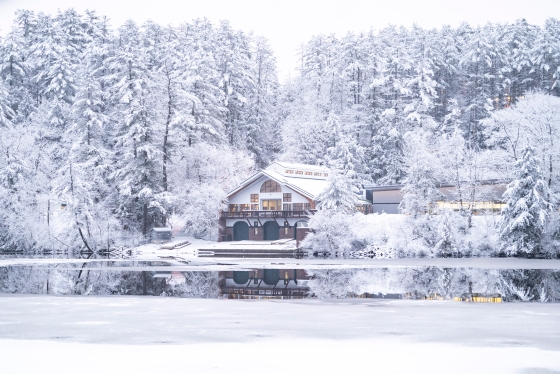