Orientation for the Class of ’24: Building New Traditions 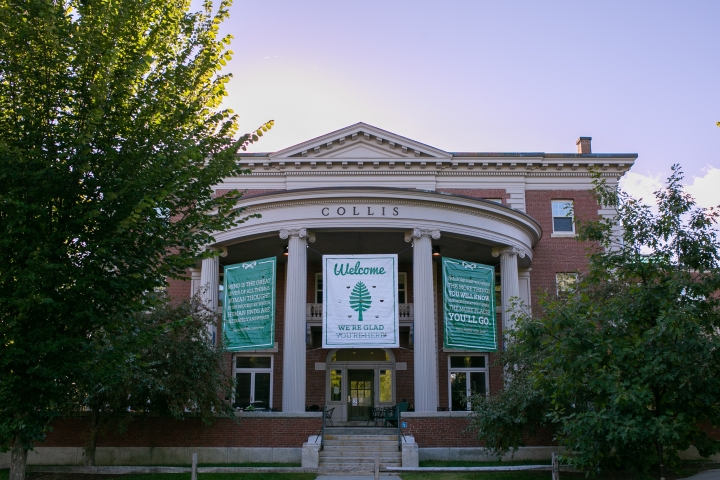 With half the undergraduates returning to campus for the fall term starting today, Dartmouth has in place a vigorous testing program with a 14-day quarantine following arrival. This means that whether a ’24 is on campus or off, all orientation activities will be online. So the orientation team developed the peer leader program to foster the kind of personal connections and community building that happen organically during in-person activities, says Kathleen Cunneen, program director with the Office of Student Life.

“When we started thinking about this in March, we wanted make an event that would offer opportunities for making connections in the same way as a student might start a conversation walking back from Spaulding after the shared academic experience, or talking with new classmates in a common area,” Cunneen says. “These OPL groups are places where ’24s can be with other ’24s and start to explore relationships that would have happened organically in precedented times.”

The OPLs are serving as personal online orientation guides. They have already reached out to the ’24s in their group before orientation began this week. The OPLs will guide their group through the orientation events, and help them get to know each other and the opportunities available at Dartmouth through small-group meetings and teambuilding activities. They are also serving as facilitators, helping their groups explore different topics raised in orientation.

Paul “Coz” Teplitz of the Outdoor Programs Office says when the Office of Student Life team put out the call for current students to apply to be peer leaders, the response was tremendous.

“We had more than 400 applications for 200 spots,” says Teplitz. “Many people from first-year trips and first-year trips leadership have been involved with developing the programs, but these volunteers broadly represent the whole Dartmouth community. There is a lot of enthusiasm.”

Cunneen stresses that “all the touchstones of orientation will be there for the Class of 2024,” but they will be on Canvas, Dartmouth’s web-based teaching and collaboration platform.

Your Class, Your Words

Olivia Scott Kamkwamba ’13 wrote and directed the first performance of Your Class, Your Words in her senior year at Dartmouth, and she has been back six times to produce the live dramatic reading of words from the admissions essays of the incoming class. The annual event at the start of orientation, known as the “First Meeting of the Class,” is designed to “introduce the new class to themselves,” Kamkwamba says.

This year, when she was asked to produce the show as a live-streaming video, Kamkwamba jumped at the chance. And so did her cast of 10 students from the classes of ’21, ’22, and ’23.

“To have people all over the country coming together and recording parts and working through Dropbox and Zoom and with different bandwidths, it’s different, but it’s been great,” she says.

Initially, she thought that a script built from admissions essays would seem disconnected from the world as it is today.

“With COVID and with protests across America and throughout the world, we wondered if these essays, written a year ago, were going to be able to respond to where we’re at now,” Kamkwamba says. “But no question, no doubt about it. Even a year ago, they were thinking and dreaming of these possibilities and of solutions—they demonstrated ways of thinking that we need to be looking at.”

This year, rather than gathering in Leede Arena, the Class of 2024 will be streaming its first meeting online. Kamkwamba says the performers are determined to convey the message with as much intensity as ever.

“It’s one of the greatest things I get to do every year. To discover and present all the hopes and dreams of this entire class and say, ‘Hey, look at who you are,’ is my great privilege,” Kamkwamba says. “I hope that the ’24s are able to see, despite everything that’s going on, how special this moment is.” 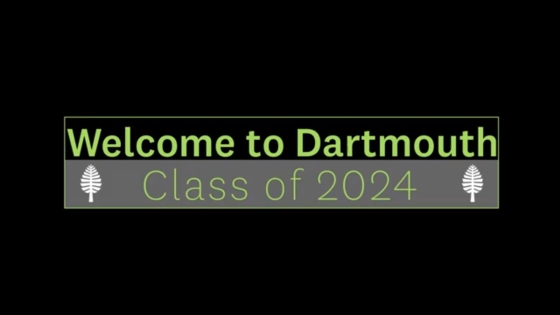 The President’s Welcome and the Twilight Ceremony

President Philip J. Hanlon ’77 is working with the orientation team to create a live-streaming video version of his annual matriculation welcome to each member of the incoming class.

“He is working to craft a message that will convey his personal welcome to all of the ’24s,” Cunneen says.

And Eric Ramsey, associate dean for student life, says the orientation team is developing a new version of the Twilight Ceremony, traditionally a candlelight walk with the whole class that ends at the Bema with the singing the alma mater on the Sunday night before the start of classes.

“We’re excited about developing a Twilight event centering around the themes of hope and the anticipation of the possibilities, recognizing that the Class of ’24 started the week as individuals—we heard their individual voices in Your Class, Your Words—and they end the week as a community,” Ramsey says.

“What that exactly looks like is coming together now. We can’t replicate candles at the Bema, so we’re trying to create new traditions. It’s going to be a year of new traditions.”