‘Asian American’: Is a Term That United Asians Still Relevant? 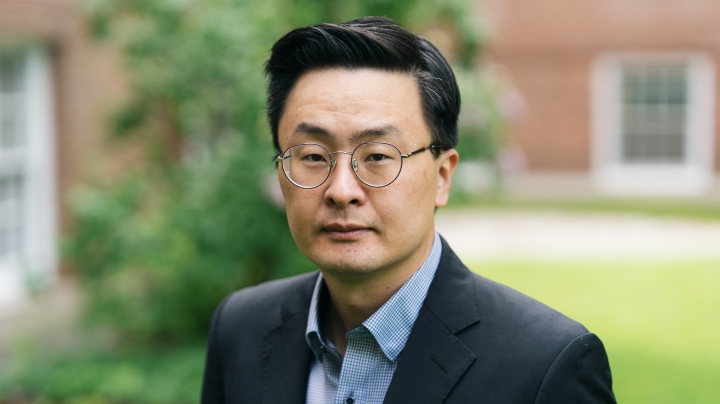 The study, by Sunmin Kim, an assistant professor of sociology, is based on 2016 pre-election survey data and found that Asian Americans tend to have progressive opinions about public policy, including on health care, education, climate change, and racial justice, but diverge on views toward Muslim immigration.

As previous research has reported, in 1968, the pan-ethnic category “Asian American” was born, as Chinese students and Japanese students at the University of California, Berkeley, wanted a collective term to refer to both their student associations that could be used to help mobilize their political action. As a result, they established the Asian American Political Alliance, for which a chapter was also created at San Francisco State College.

“With the rise of radical social movements in the 1960s, the term ‘Asian Americans’ gained further traction as Asians protested domestic racism and the Vietnam War, often viewing both racism and U.S. intervention in Vietnam as originating from imperialism,” says Kim. “If the category Asian American can be created, then a logical extension of that argument is that it can also be broken down, reversed or remade in a different context.”

To determine whether Asian Americans still rally behind a common cause, the study drew on data from the 2016 pre-election National Asian American Survey (NAAS). With over 3,100 respondents representing nine national origins and ethnic groups in the U.S. (Chinese, Filipino, Indian, Vietnamese, Korean, Japanese, Hmong, Cambodian, and Native Hawaiian-Pacific Islander), and interviews conducted in English and 10 other languages—as well as comparison data on whites, Blacks, and Latinos—the survey is one of the most comprehensive of its kind. Kim’s research focused on the data from the nine Asian groups.

Participants in the NAAS survey were asked seven questions on public policy. Did they support or oppose: the health care law passed by Barack Obama and Congress in 2010; federal government spending to make public colleges tuition-free; accepting Syrian refugees into the U.S.; legal possession of small amounts of marijuana; banning Muslim immigrants from entering the U.S.; establishing stricter emissions limits for power plants; and government initiatives to give Blacks equal rights with whites?

The study’s findings are published in RSF: The Russell Sage Foundation Journal of the Social Sciences in the issue “Asian Americans and the Immigrant Integration Agenda.”

“Although Asian Americans are often Democrat-leaning, their liberal views are somewhat dampened when it comes to questions on Muslim immigration and Syrian refugees as compared to their opinions on other liberal public policies,” says Kim.

“There’s a considerable number of Asian Americans who are leaning towards these ideas of anti-immigrant sentiment even though they are immigrants themselves,” says Kim. “This divergence is one that political candidates may be inclined to tap into in the future, as they work to build a larger coalition. This was the case with Sery Kim, a Korean-American Republican, who delivered anti-Chinese remarks in March during her campaign for Texas’ 6th Congressional District.”

The research by Sunmin Kim also found that Asian Americans were more liberal than native whites, just as liberal as Latinos, and less liberal than Blacks.

As part of the analysis, the study applied a statistical technique designed to develop a typology, which is similar to the way that we perceive different types of people in various contexts. The analysis revealed two distinct subgroups of Asian Americans:

“There’s a generational divide among Asian Americans, which is ironically present in the recent attacks on Asian Americans: the older, more conservative first-generation immigrants have often been the victims of these attacks rather than the younger, more liberal and highly educated second generation,” adds Kim.

The study reports that, according to The Making of Asian America, by Erika Lee at the University of Minnesota, the Asian American category comprises 24 ethnic groups, each with a distinct culture.

As Kim explains in the conclusion of his paper, understanding division within Asian Americans is essential to sustaining the politics of this category and to addressing differences and inequality among Asian Americans today.